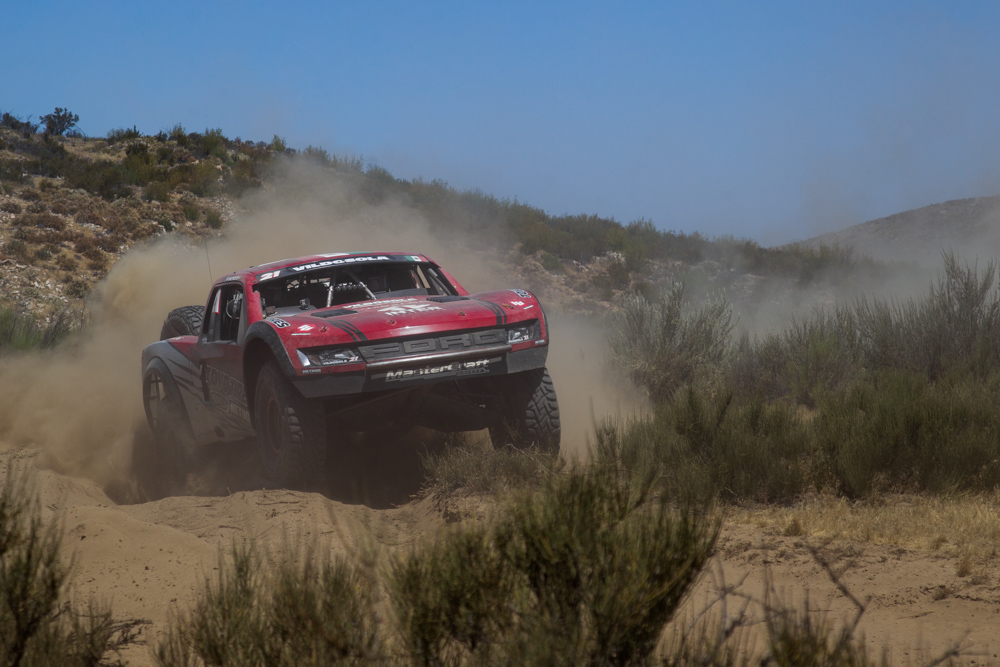 In one of the most grueling and demanding Baja races in recent history, #21 Tavo Vildosola won his first career SCORE-International Baja 500. Despite starting 13th off the start line in Ensenada, Baja California, Vildosola averaged a speed of 56.86 miles per hour and finished in eight hours, twenty minutes and fifty-five seconds, edging out second place Rob MacCachren by just under three minutes.

The heat seemed to be the biggest challenge in this years race. The extraordinary temperatures pushing 120 degrees were a key factor in managing both your truck and body. Of the 236 starters, only 127 finished. However, these extreme temperatures that fatigued most racers were no match for Vildosola, who came in to the Baja 500 as hungry as ever after a rare DNF in San Felipe earlier in the season. Twelve trucks started in front of Vildosola, after an average qualifying run left him near the middle of the pack. According to Vildosola, the first 100 miles were spend navigating by instruments as he continually battled through dust and lap traffic. 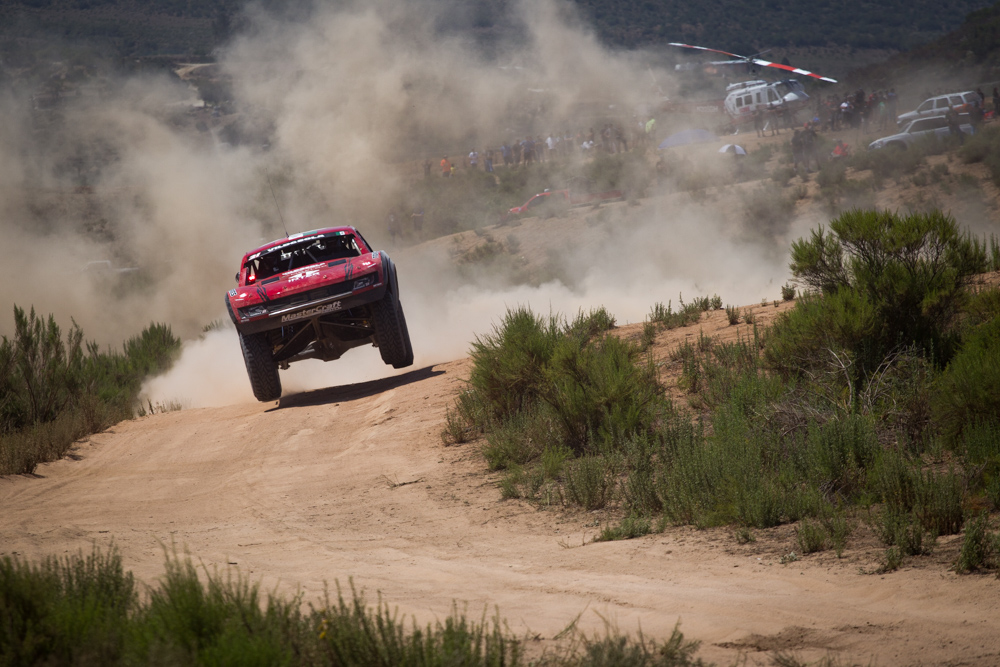 “We couldn’t see anything and we were behind a bunch of trucks. I knew I had to be very patient and thankfully I was. I wasn’t pushing hard in the dust and I was waiting for my moments,” commented Vildosola.

Tavo picked off a couple trucks on course, then a few more in the pits until he finally reached some clean air. From there, he had no issues and never had to get out of the race truck. The #21 was stopped only three times for lightning fast pit stops from Vildosola Racing pit crews. Vildosola was the third vehicle to cross the finish line but won the race overall for the first Baja 500 overall victory in his career. 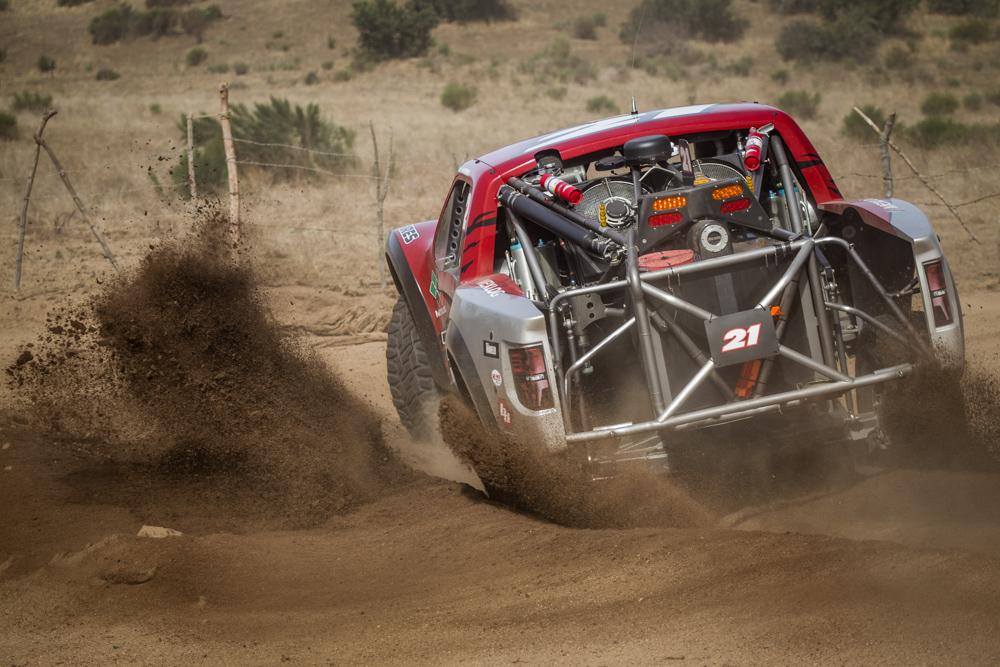 “The competition is amazing. Apdaly Lopez started third and Rob MacCachren started fourth. Getting through the pack was difficult,” commented Vildosola. “The heat down in the desert was absolutely ridiculous. I might be a little bit dehydrated and I’ve got a headache but we are good.” 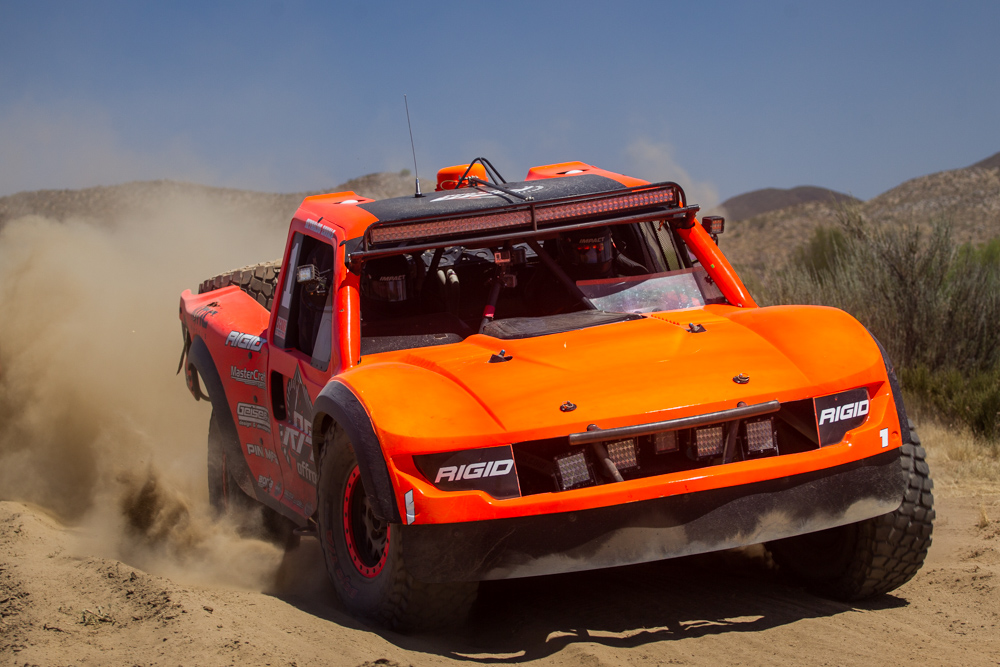 2015 SCORE-International overall points champion and 2015 Baja 500 overall winner Apdaly Lopez secured third place in his #1 plated RPM Off-Road Trophy Truck. Apdaly was third fastest in Thursdays qualifying and spent a large part of his race day fighting out front with Rob MacCachren, who he beat the previous year by just under a minute. This year, Apdaly had a clean race with a few communication issues. The #1 RPM Off-Road truck ran perfectly but had to manage the pace in the extreme heat. At the finish line in Ensenada, a minute and a half separated him and MacCachren and Apdaly finished third overall. 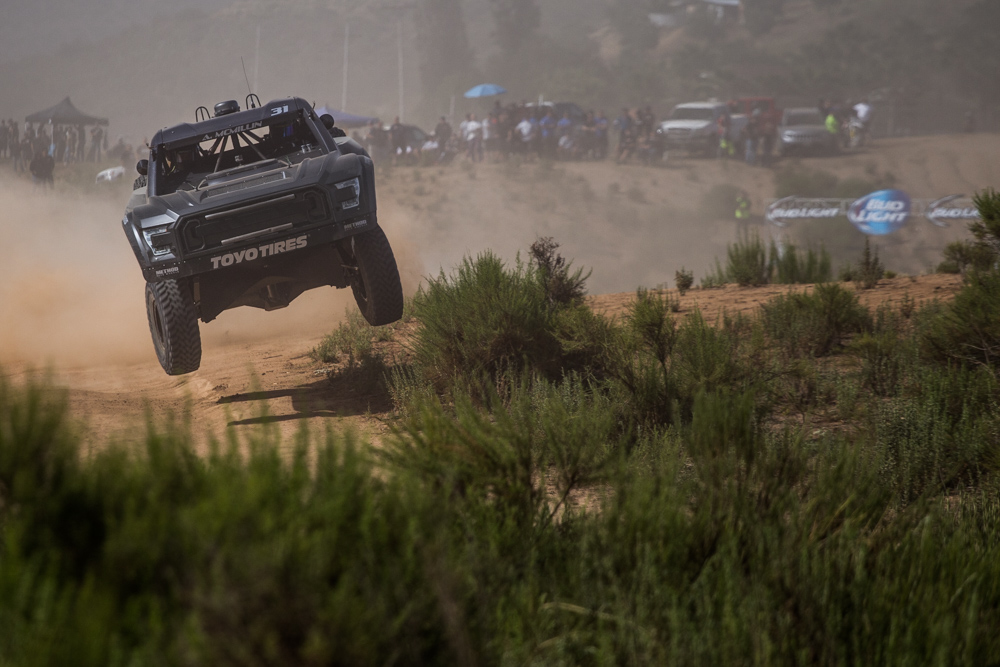 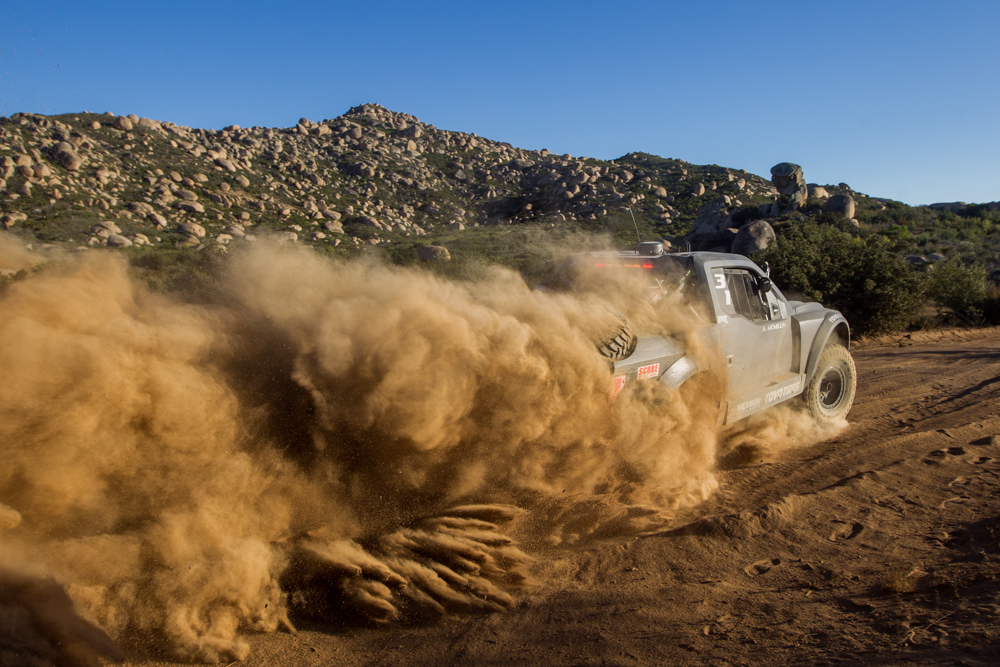 Perhaps the most seasoned Dougans racer, Andy McMillin knew he needed to find the balance between keeping up with the lead pack and managing his TSCO Racing built #31 Trophy Truck. McMillin kept a blistering pace and was in contention for the overall early. Unfortunately he was forced to back off around race mile 160 before reaching San Felipe when he drove the hottest part of the desert. McMillin managed his temperatures for the next 200 miles until he got to San Matias and Valle de Trinidad when the heat subsided. He was quickly greeted with two flats that ultimately put him out of contention for the overall and forced him to settle for a fifth place overall finish. 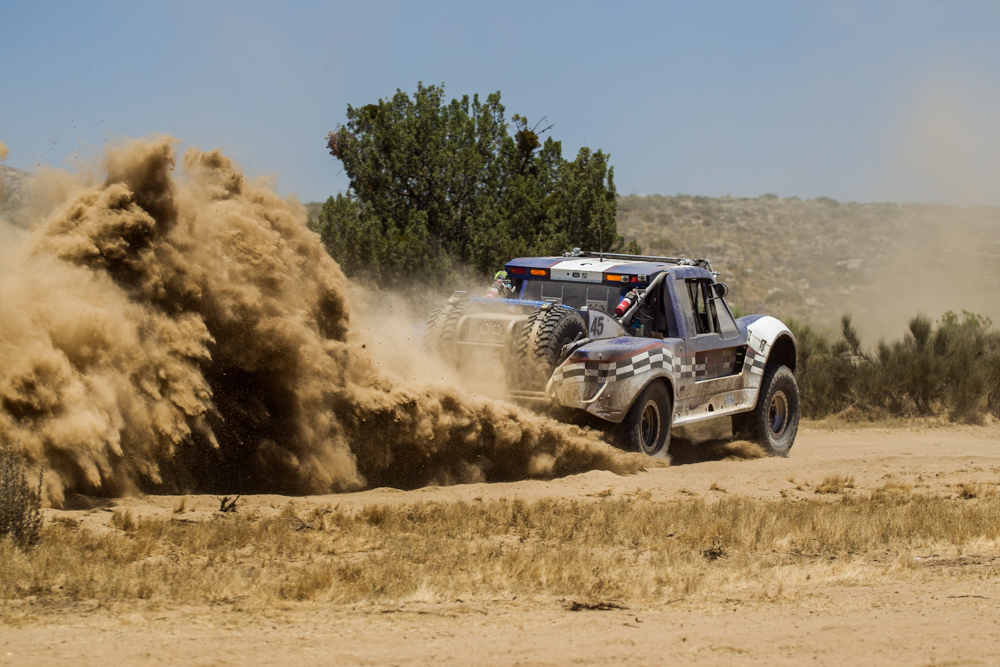 A ten minute penalty for missing a visual check point set #45 Gary Magness back from a 9th to 10th place finish. Magness and Mango Racing spent a week pre-running and were confident heading in to the race. Only one flat tire struck the team but they too were at the mercy of the heat and had to manage temperatures in the truck through a huge portion of the race, ultimately finishing in 10th place overall. 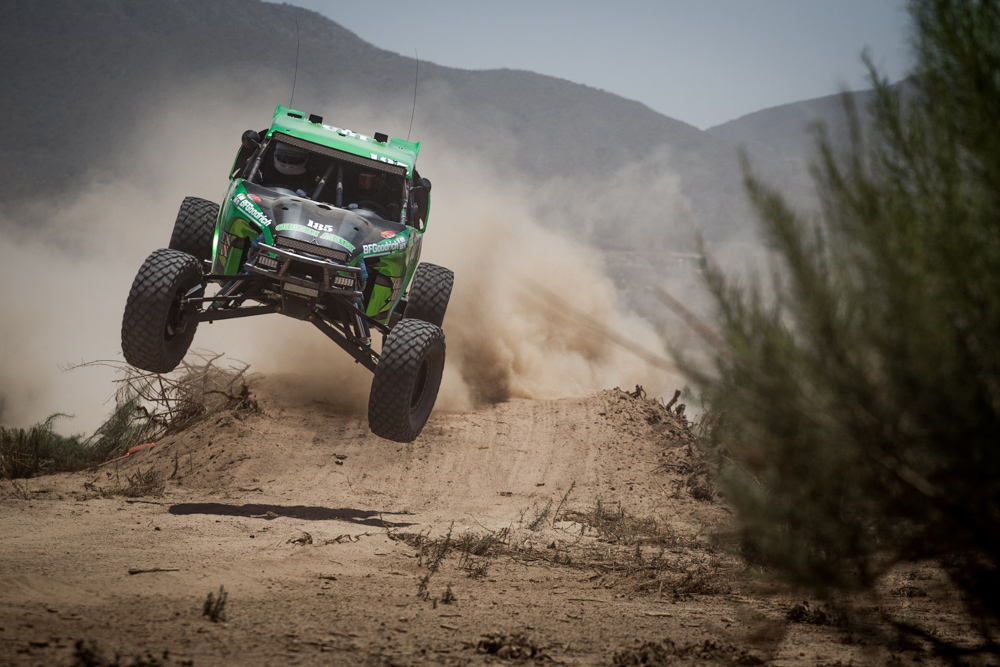 #185 Justin Davis secured a second place finish in Class 1 for Dougans Racing Engines. Justin started in second position after a solid qualifying run. Davis had a 5-6 minute lead coming out of the summit, then came around a corner in a wash at speed and hit a branch that fell on the track after being struck by another racer ahead of him. Davis drove another mile on the flat to get to harder ground to fix it and in doing so bent the wheel around the brake caliper. Twenty minutes later, Davis was back on the road running strong. 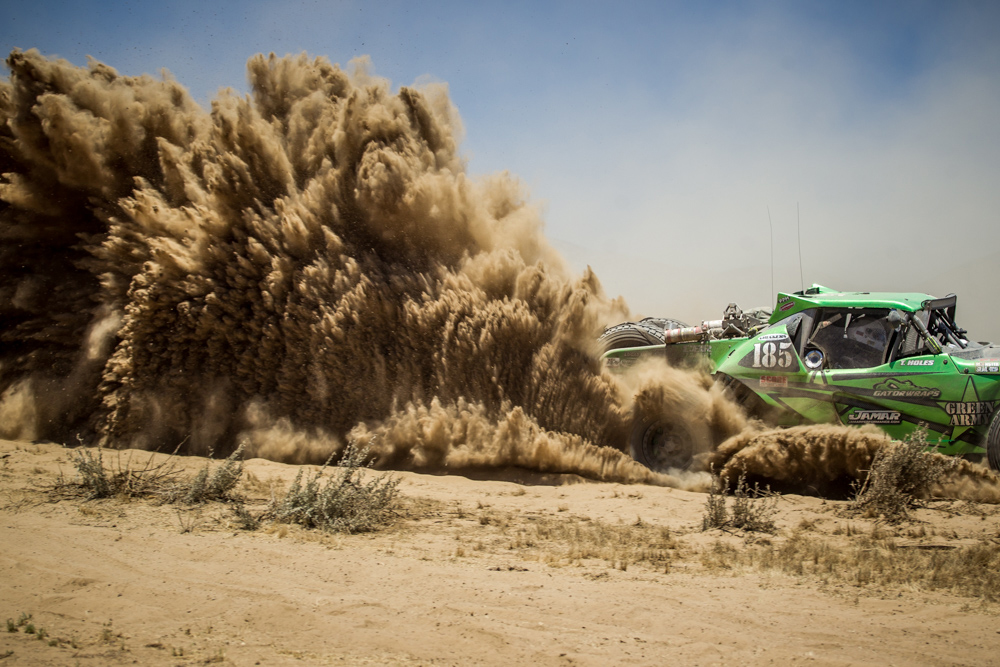 By race mile 250, Davis was back out front when the limit straps broke, forcing them to limp 5 miles to the pits. #138 Ronny Wilson snuck by when the Green Army pit crew was changing out the straps. Davis was able to get within a minute of Wilson but never overtook him to take the first in class finish. Davis finished second in Class 1 and twelfth overall. 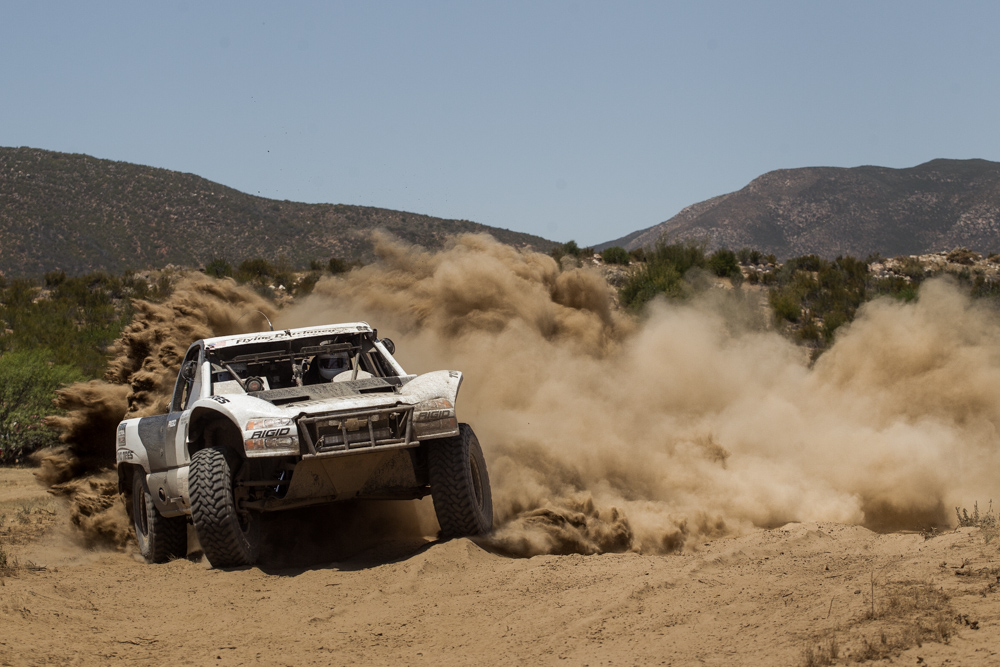