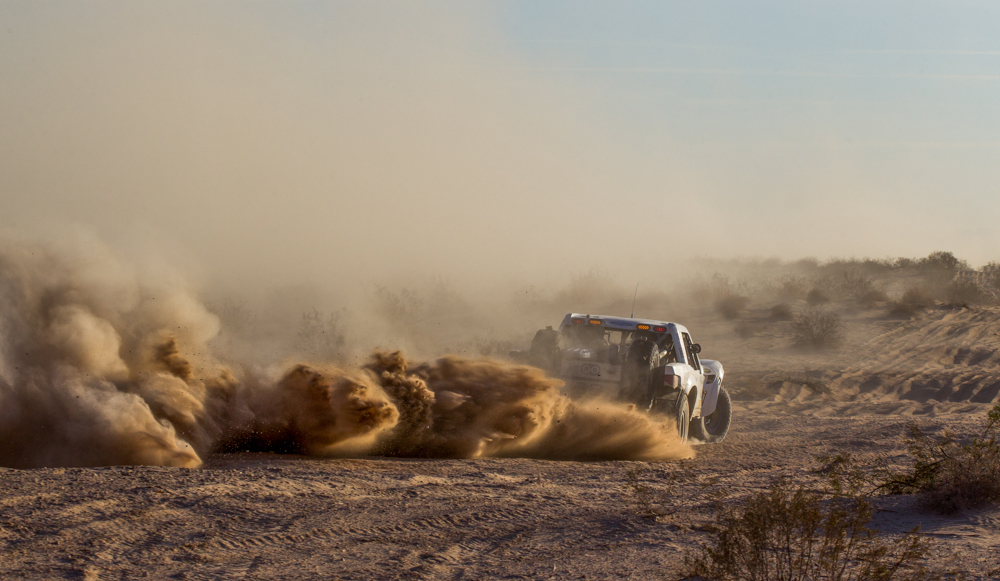 Best in the Desert’s Bluewater Desert Challenge was an all or nothing throw down in one the fastest races of the 2016 season. The low mileage two day multi lap format meant pedal down and it was either podium or bust for the fourteen Dougans racers entered. Carrying the momentum over from their solid finish at Vegas to Reno, driver TJ Flores and navigator Eric Hustead drove their #38 Trick Truck to a third place overall finish, securing yet another podium for Dougans Racing Engines this season. 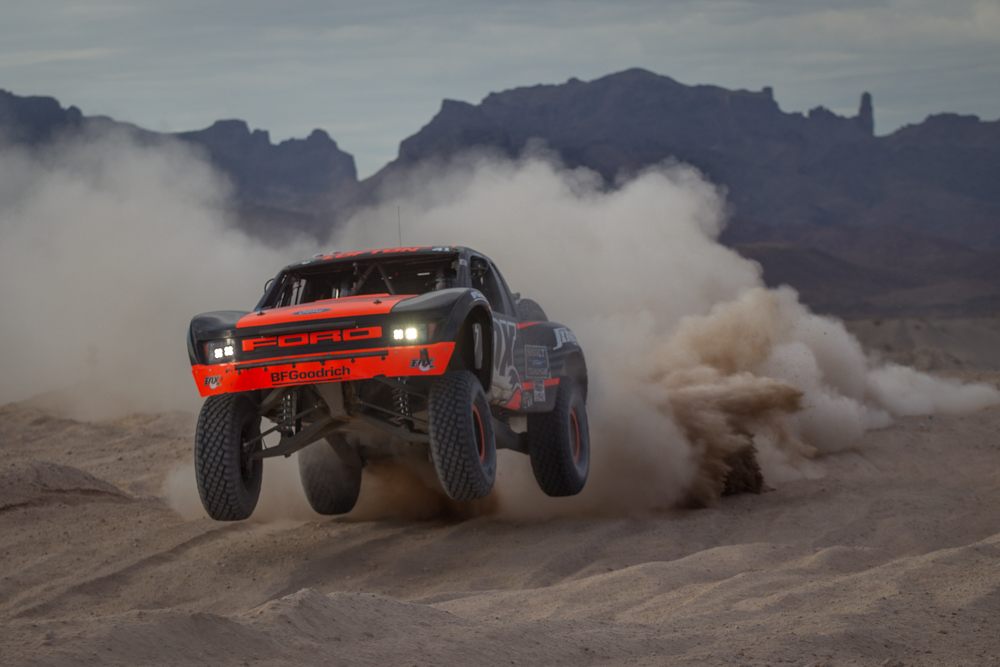 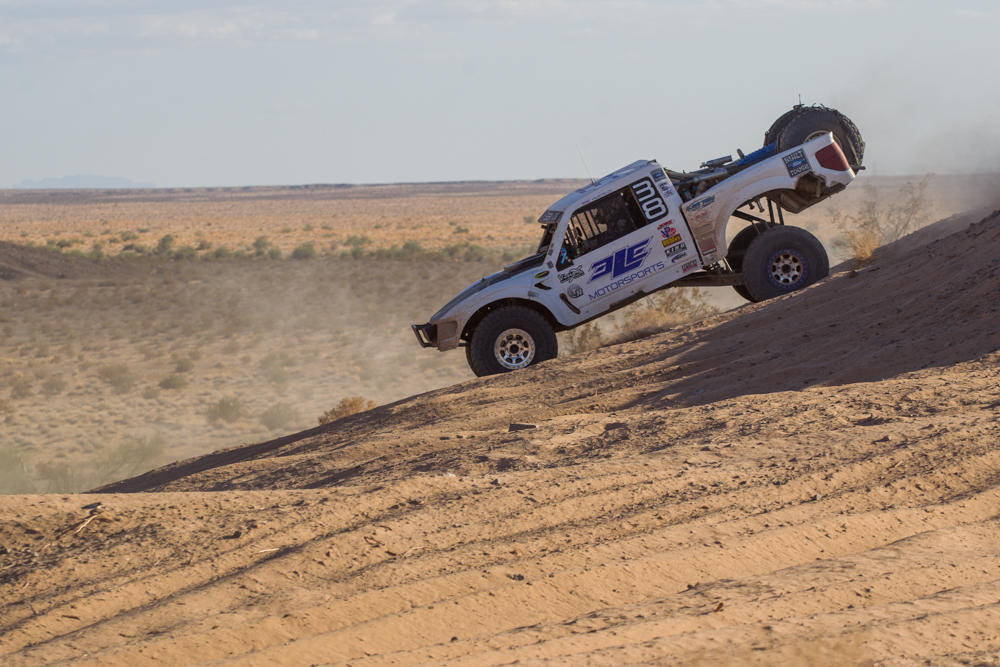 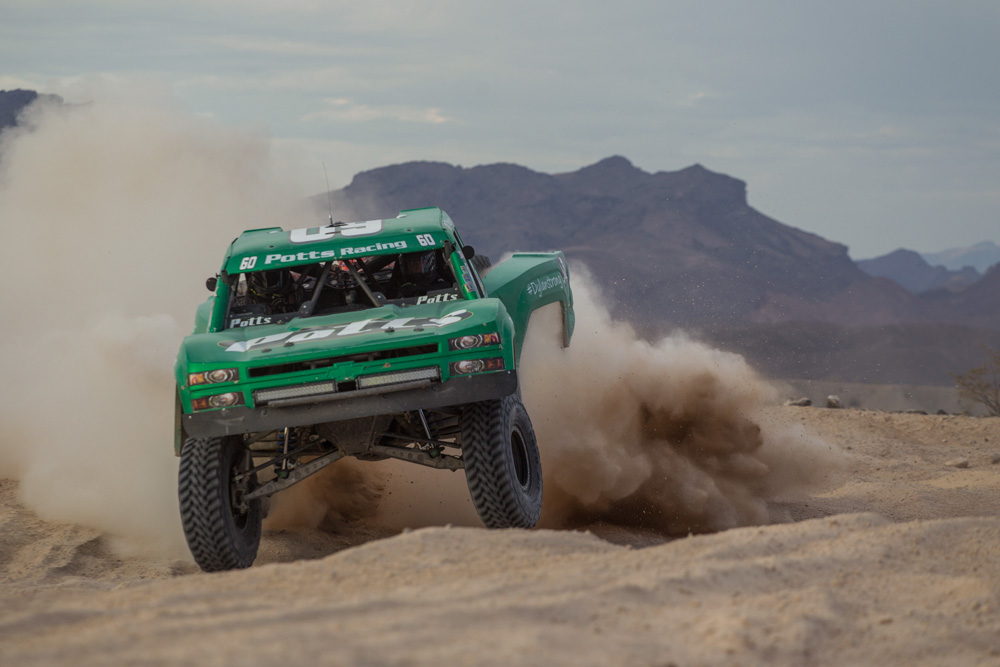 Lofton jumped out to an early lead after two of three laps on day 1. At that point, Dougans racers #60 Coll Potts and #38 Eric Hustead were about five minutes off Lofton’s pace. On the final lap, Lofton inevitably was held up by lap traffic from the earlier race and was first to the finish line on day 1 but +00:00:25 off the leader on corrected time. Flores and Potts were in the top ten after the first days end.

On day two, Lofton lined up next to leader Jason Voss in a side by side sprint out to open desert. Lofton did exactly what he needed to do to get the jump on Voss but suffered a broken axle just two miles in to the second day near Shea Road and was done for the day. After the first lap, Flores was +00:01:18 off of the leaders pace but the gap began to widen as the race progressed. At the finish line, Flores and Hustead finished +00:07:45 behind the race winner in their best showing of 2016. 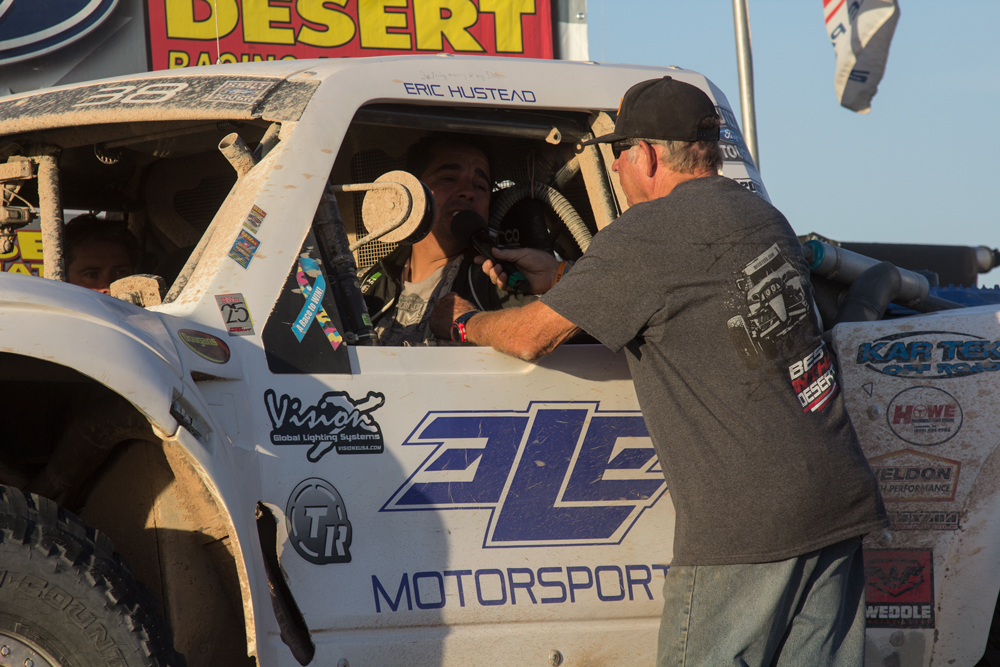 “Eric and I had a great two days of racing,” commented Flores at the finish. Day 1 we finished 4th on time and were set up to push for the overall today but the dust got to us while Voss and Croll had a little more space up front. There just wasn’t enough time to reel them in on a fast track like this. The truck set up was great and we’re happy to take a 3rd place podium.” 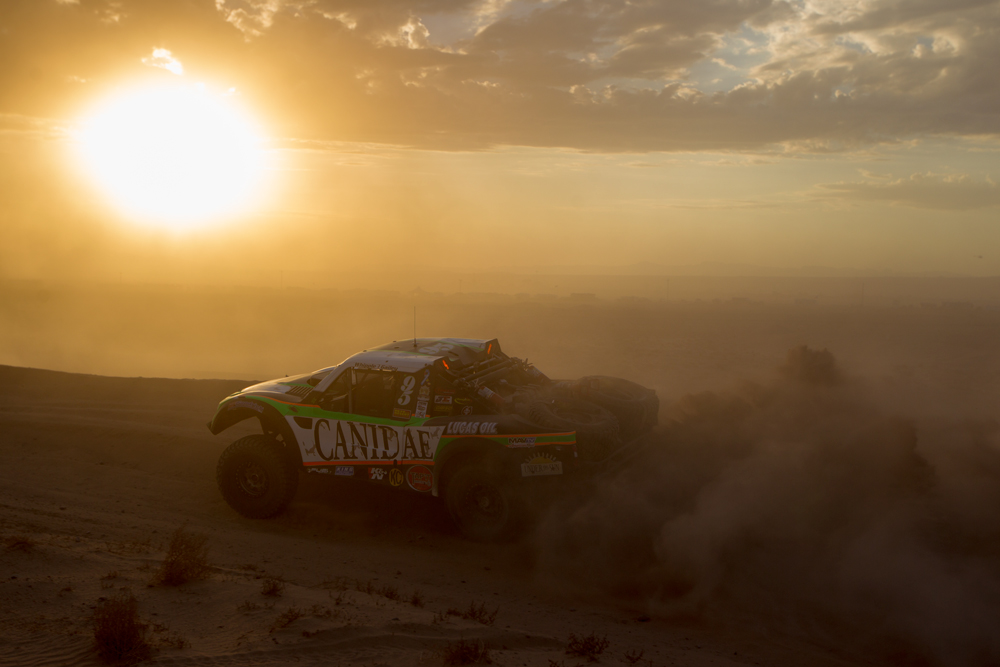 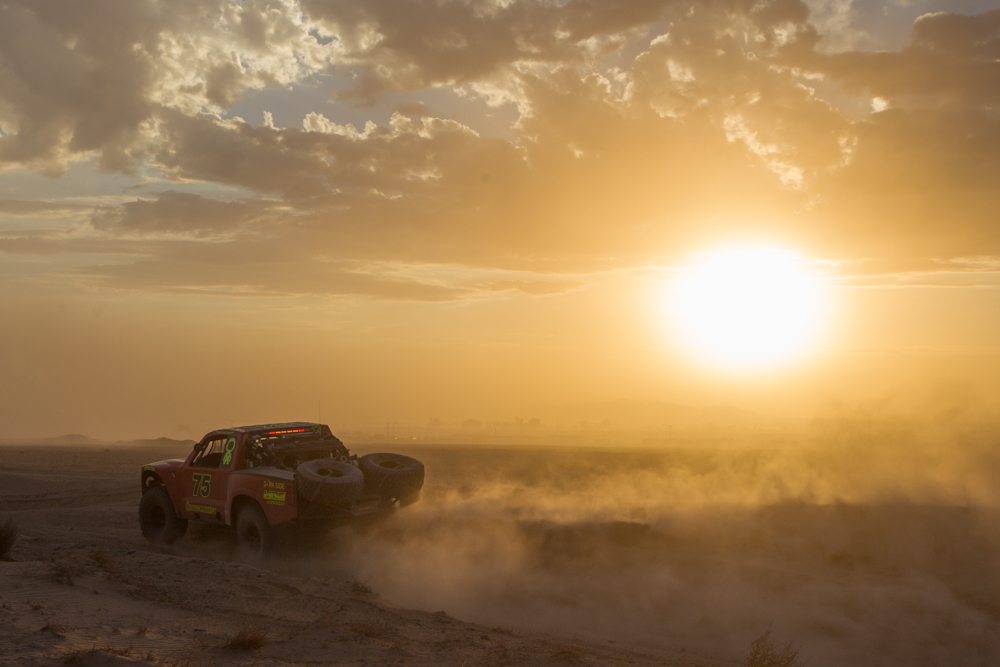 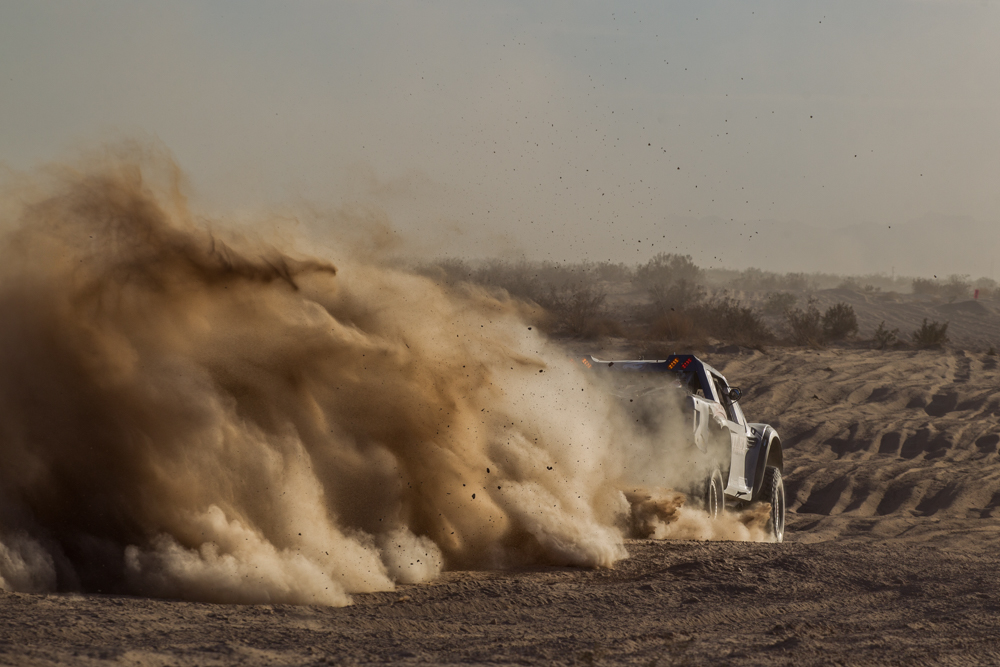 Troy Vest’s 14th overall finish moves him up to fourth in the overall points championship standings with one remaining race left. 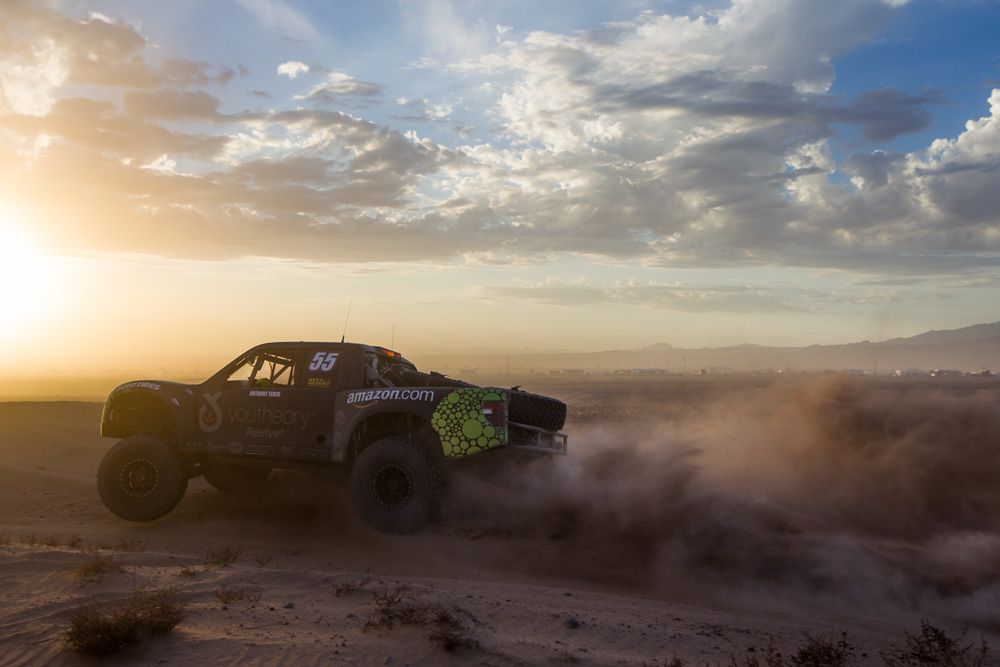 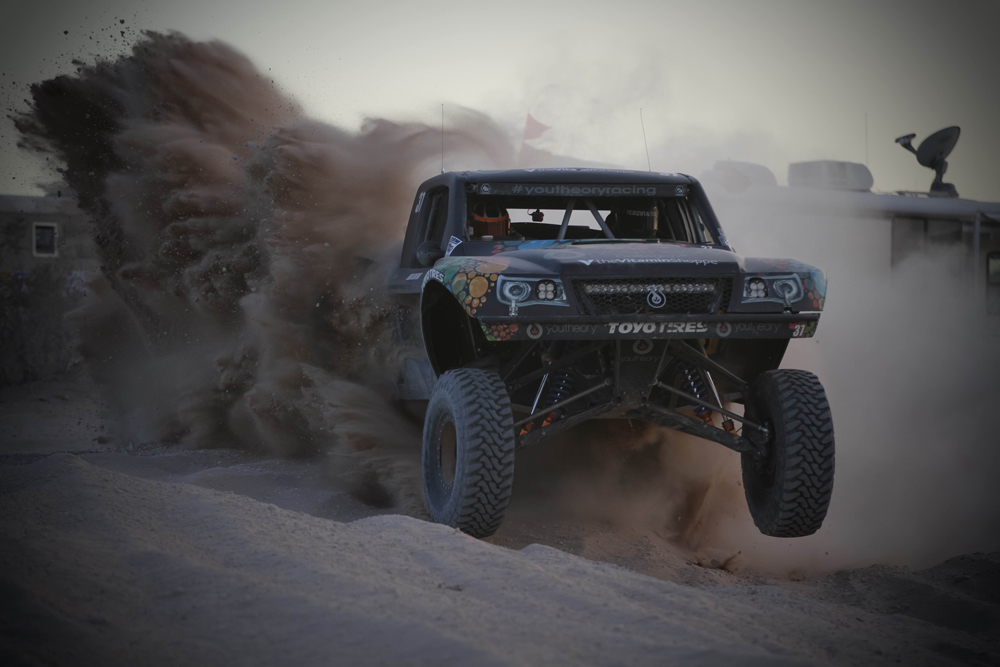 Both of the YouTheory Racing trucks of #37 Jeff Terzo and #55 Anthony Terzo had solid performances to finish in 20th and 22nd place. Both Terzo’s had a lot of ground to cover starting the race near the back but drove consistently for their solid finishes. 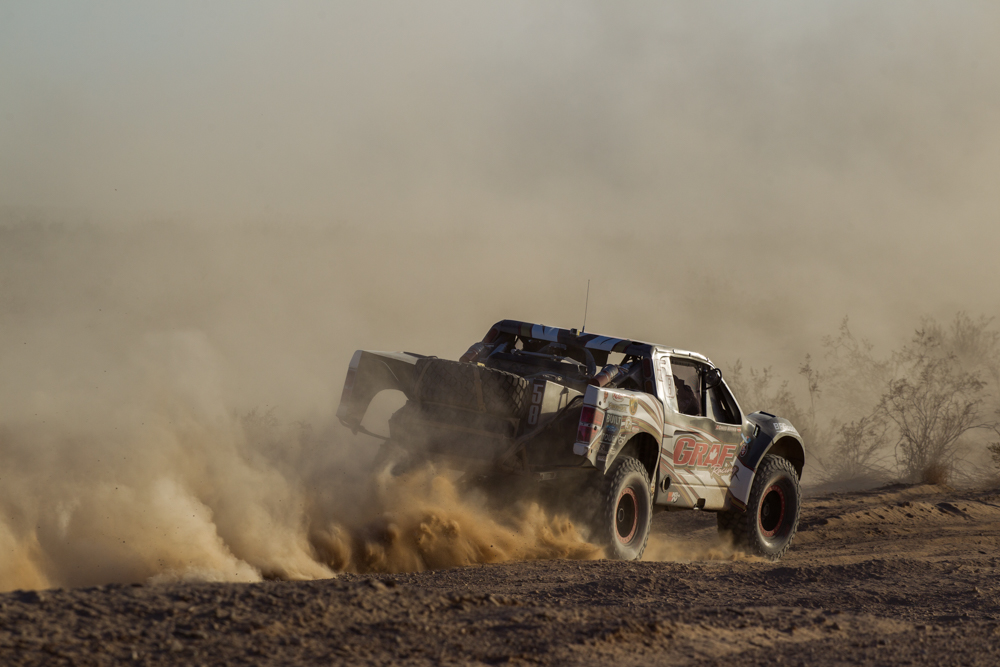 After a day 1 mechanical issue, #58 Tracy Graf was able to bounce back and earn his finish on day 2, securing essential points towards the Best in the Desert overall points championship. Graf, surely one of the most consistent racers of the year, now sits in second place overall with one remaining race left in the 2016 season. 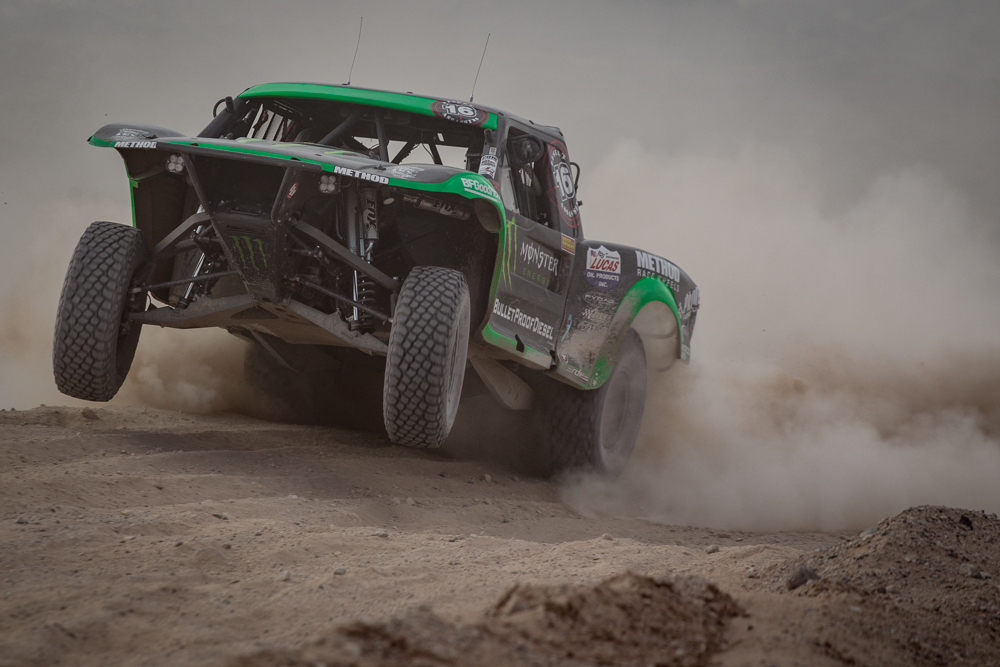