The Baja 400 doubles as a points race and a qualifier for the Super Bowl of off-road racing, the Baja 1000. So not only is there the usual heavy competition, but drivers are also gunning for the top starting position for the next race.

This year’s 400 started on a wet note, after weeks of heavy rainfall caused major damage throughout Baja. Course changes were being made up until the day before the race. 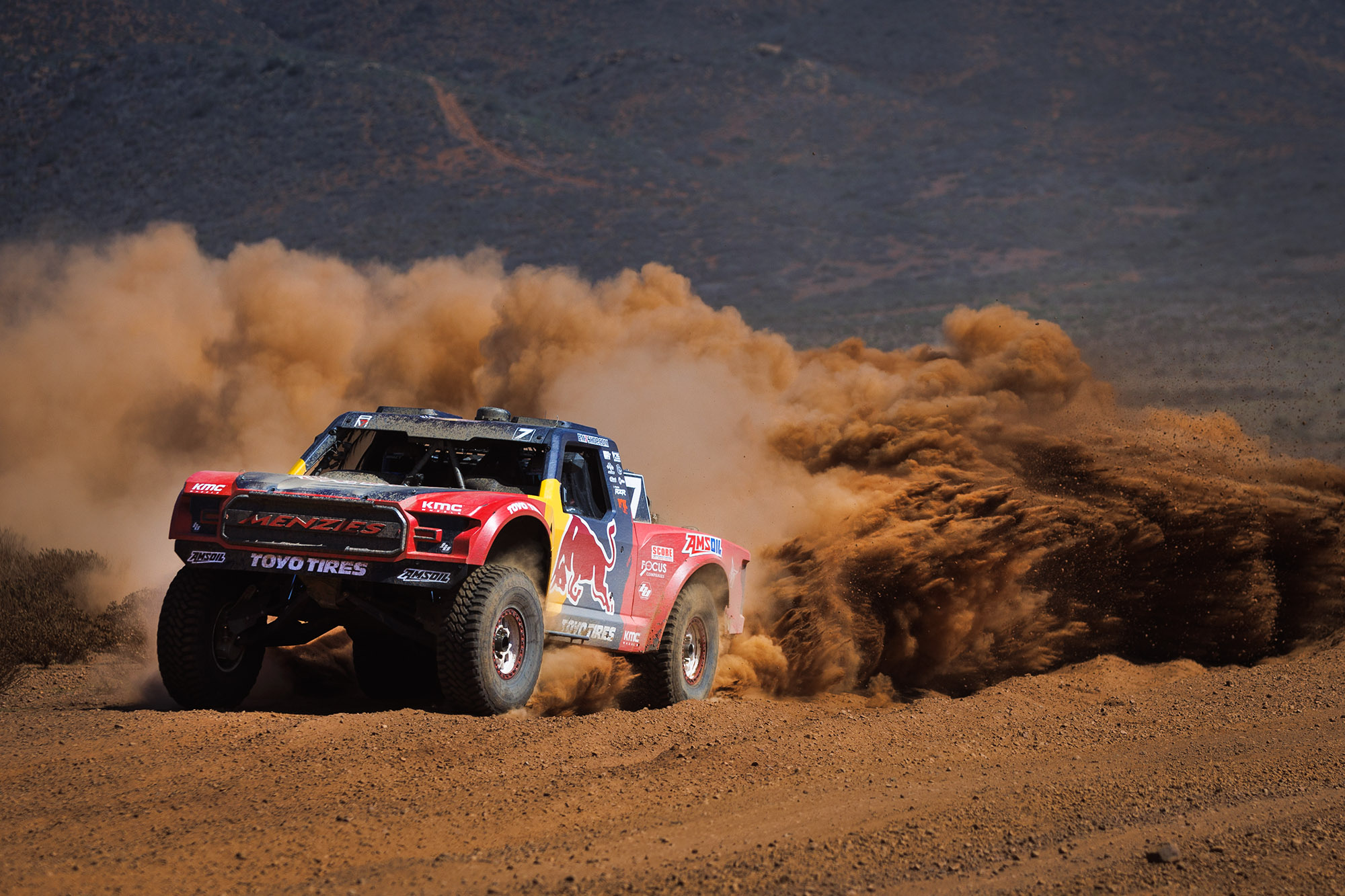 Last year’s Baja 400 winner, Bryce Menzies qualified 2nd this year. He kept a close pace with leader Luke McMillin and was able to make the pass for the lead when Luke was down with a flat. Bryce stayed up front for the remainder of the 393 mile race. Congrats to Bryce and the whole Menzies team on back-to-back 400 wins and a P1 start for the 1000! 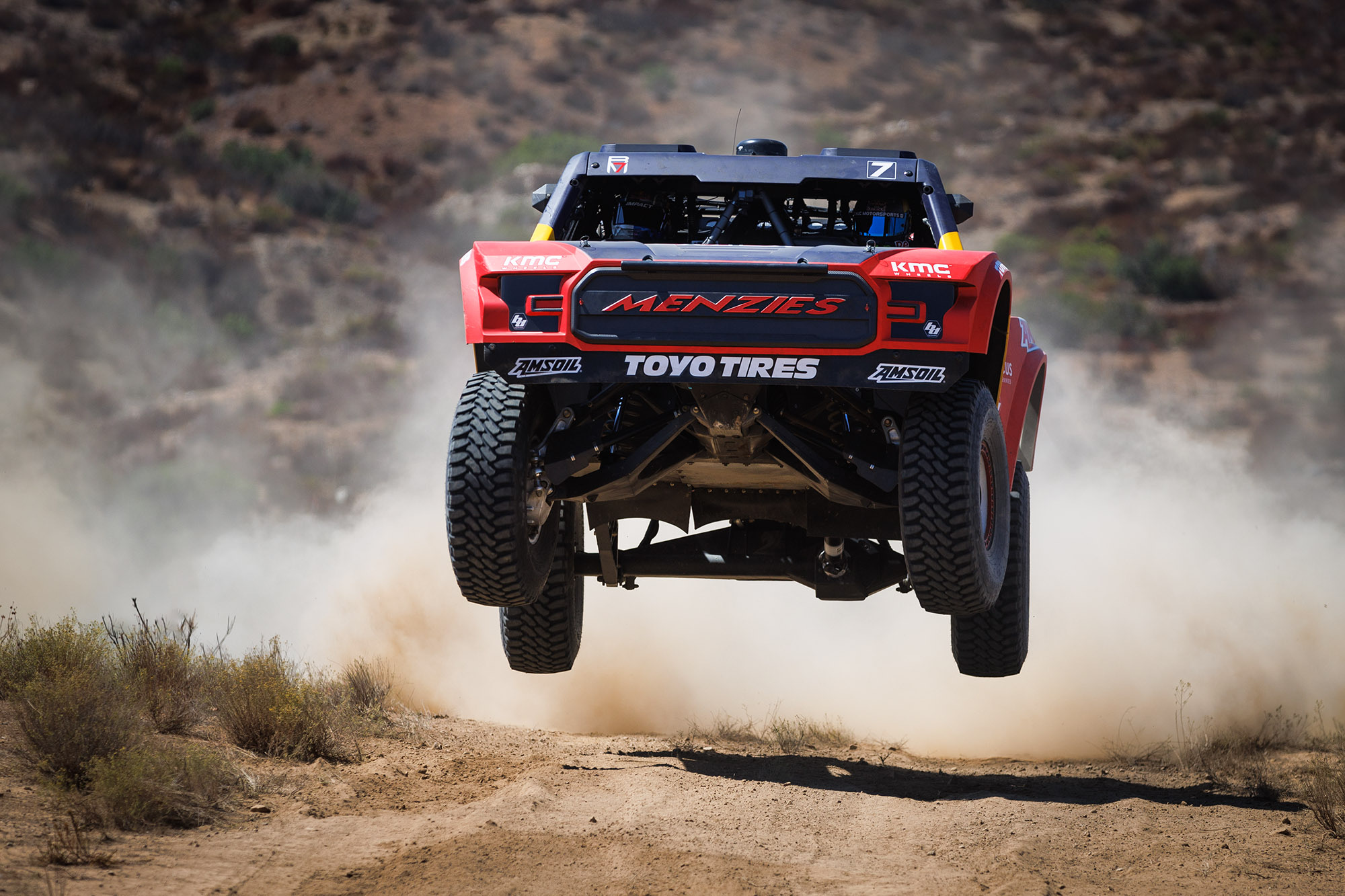 Baja legend Alan Ampudia started mid-pack in 15th but made up great time in the field and finished 4th! Alan also announced that him and fellow Baja native Tavo Vildosola will be teaming up for the Baja 1000. 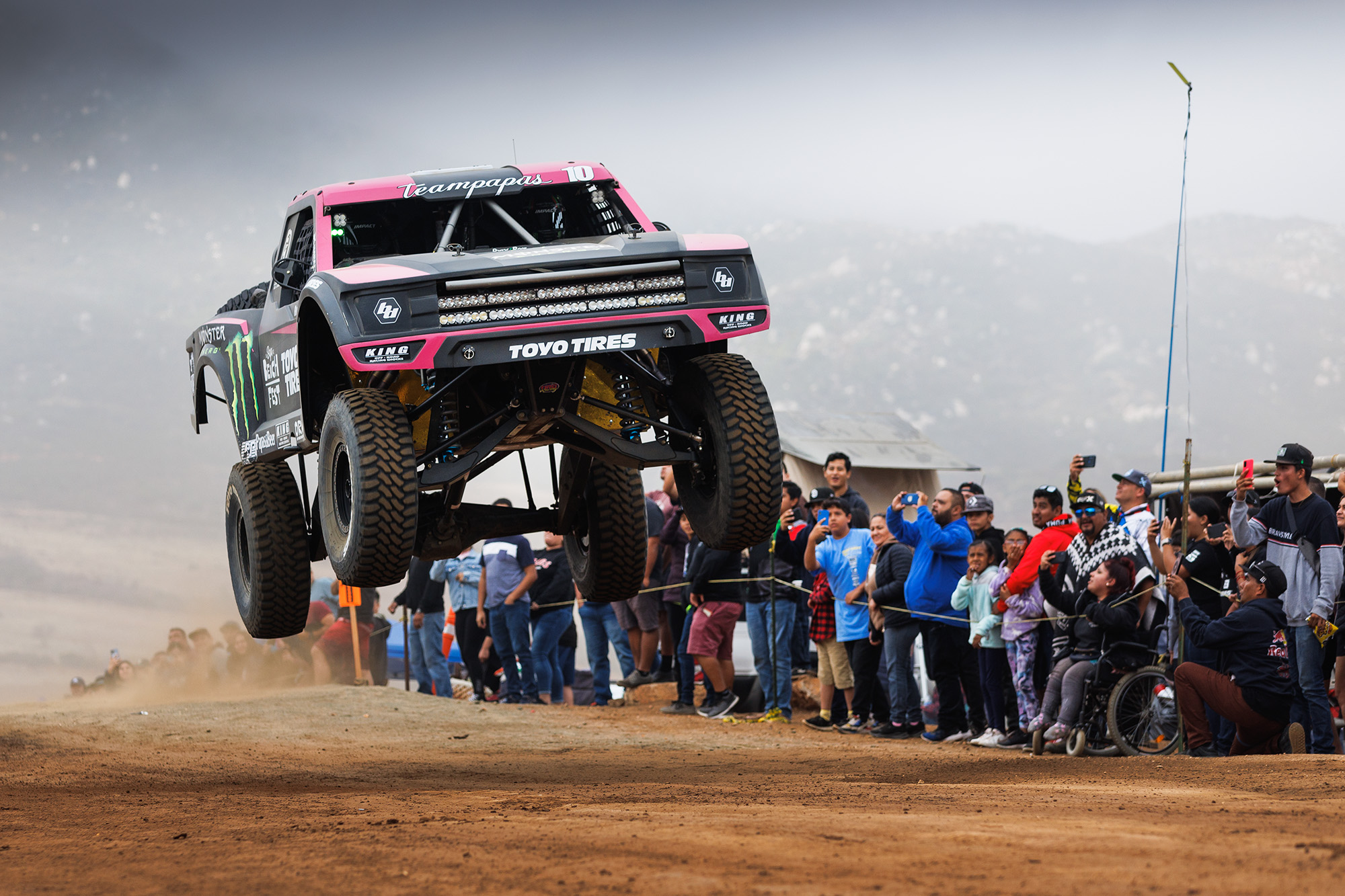 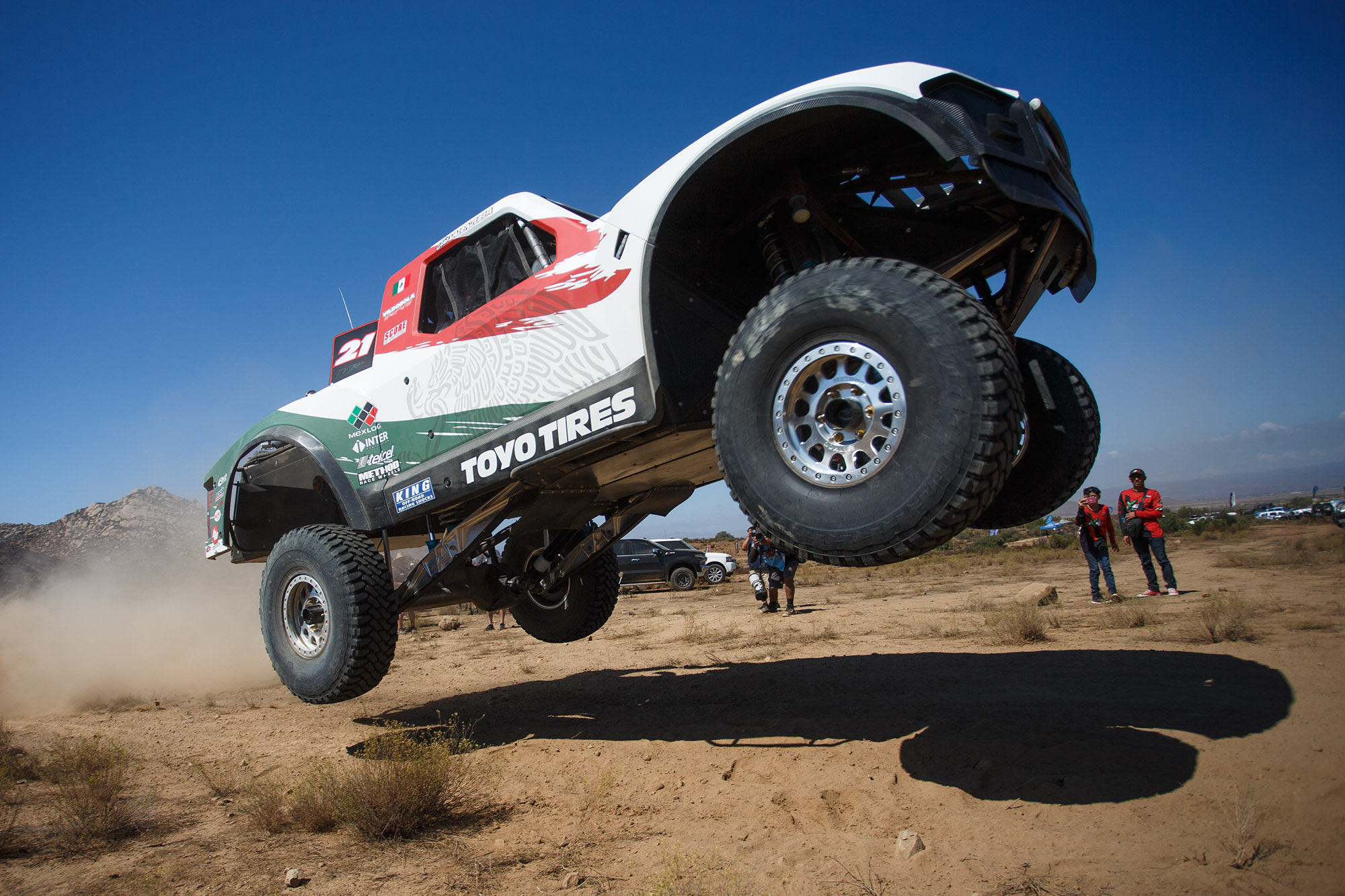 Not far behind Ampudia was the Australian duo of Paul Weel and Toby Price. The team had a top ten start, ran a clean race and moved up to finish in the top 5. Weel and Price will start the 1000 in 5th! 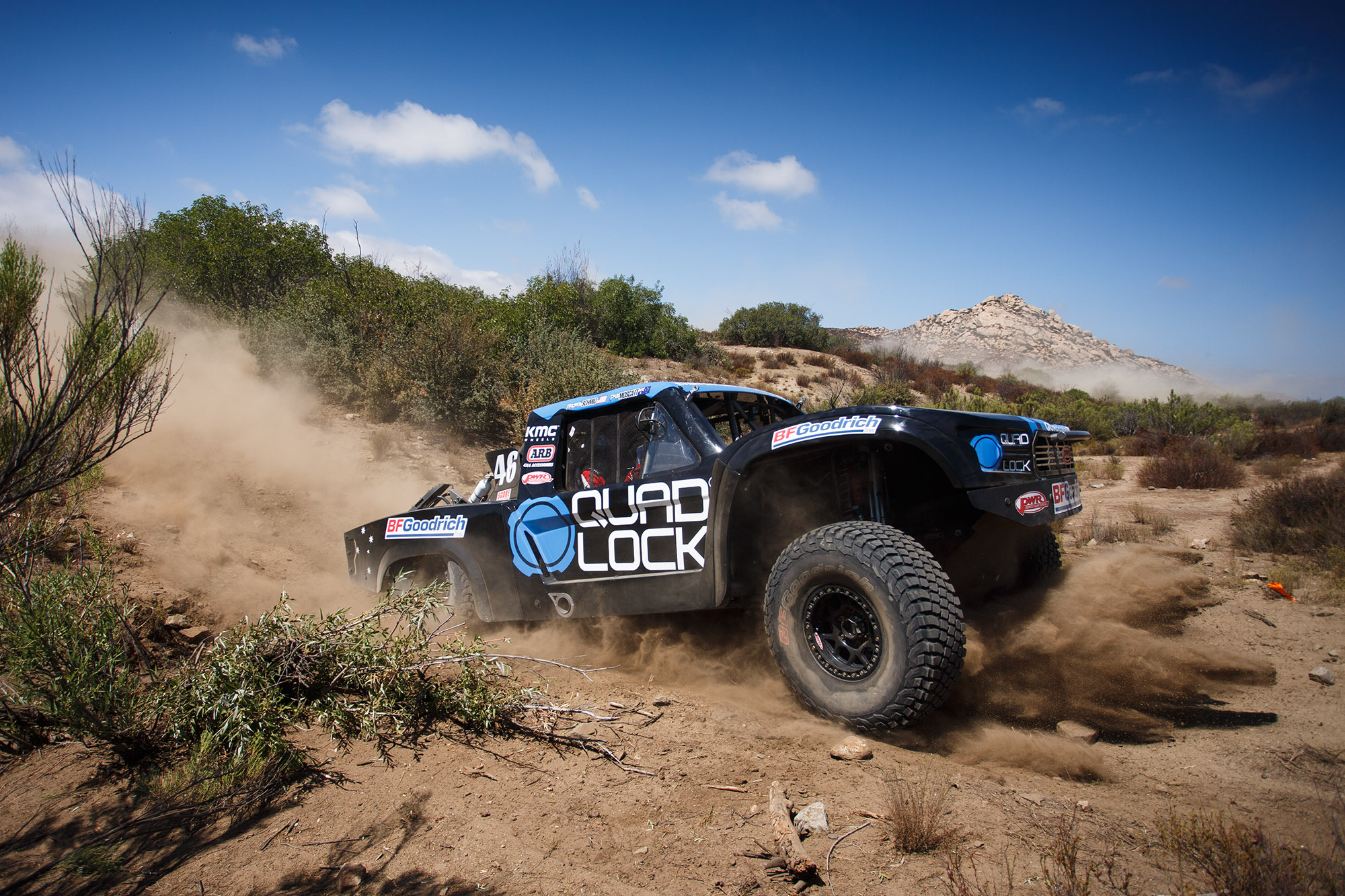 Mike Walser and young-gun Jax Redline split the race in the #89. They ran into a couple issues along the way, but were able to pull off a 6th place finish! Great job to the team. 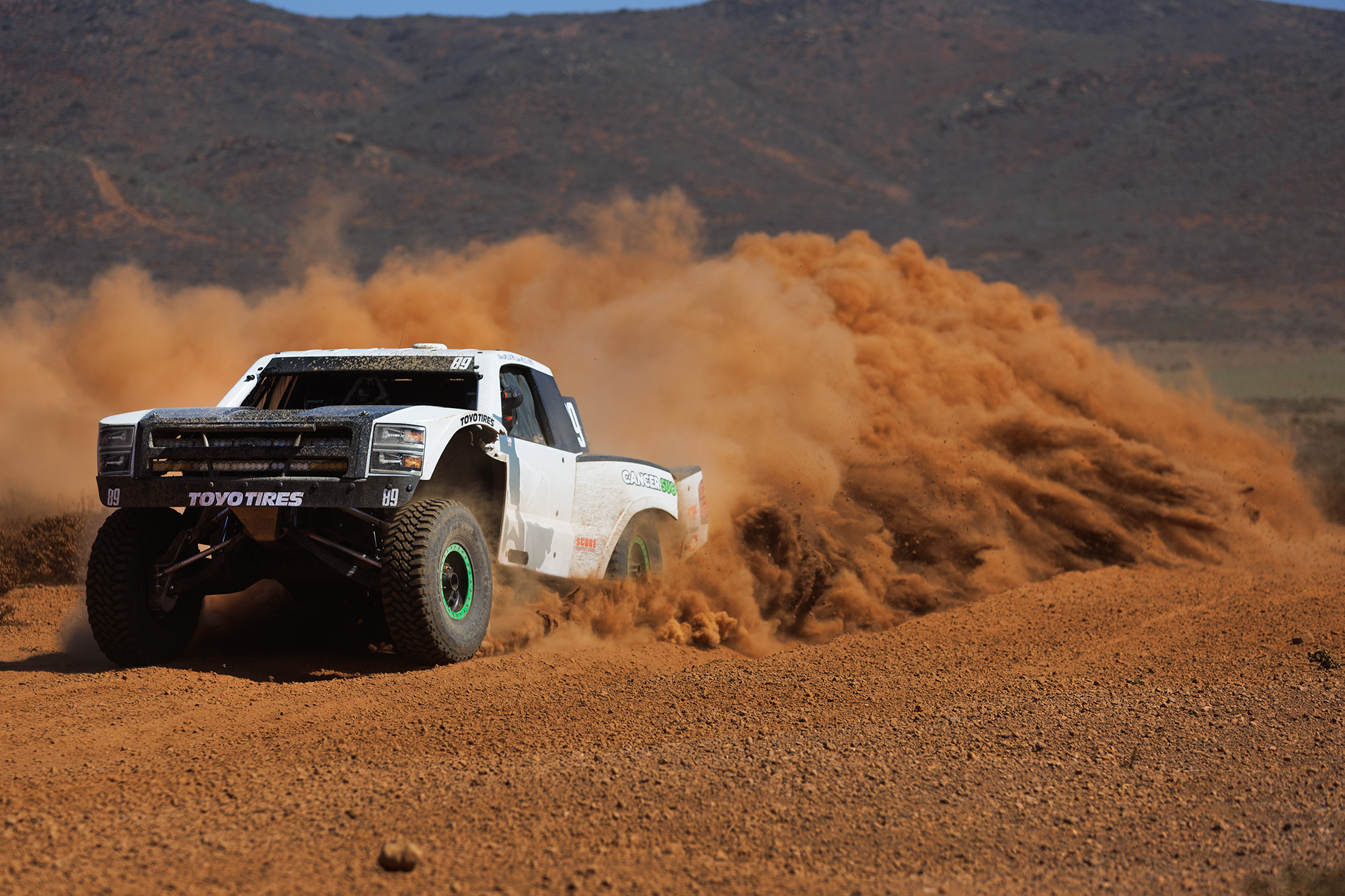 Off-road veteran Cameron Steele posted he felt that they were “one broken brake line away from a podium”. Consistent pace and flawless pits put the #16 in 7th across the finish for this race! 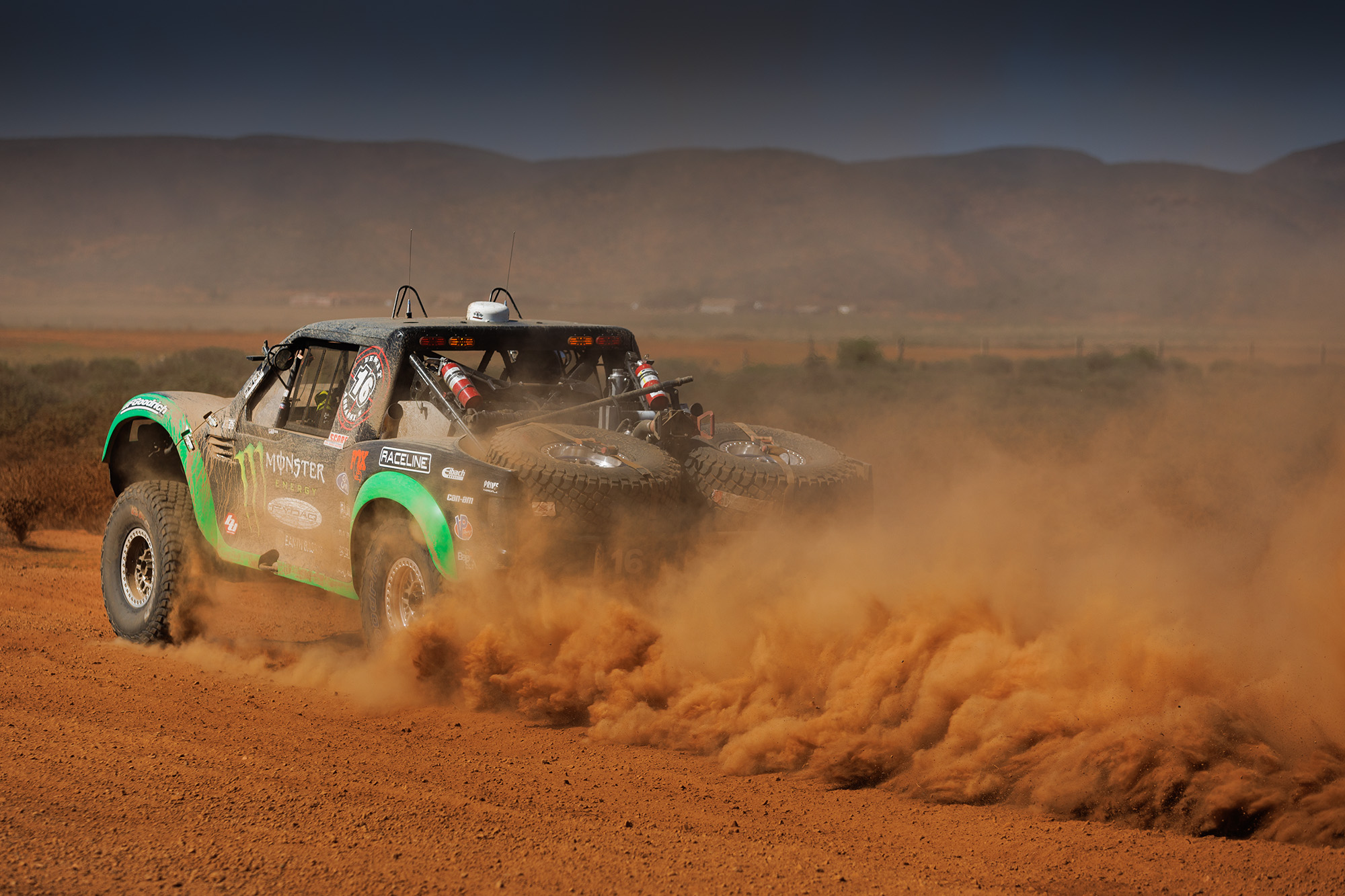 Tracy Graf ran a clean race with no issues, bringing the truck home in 12th place. 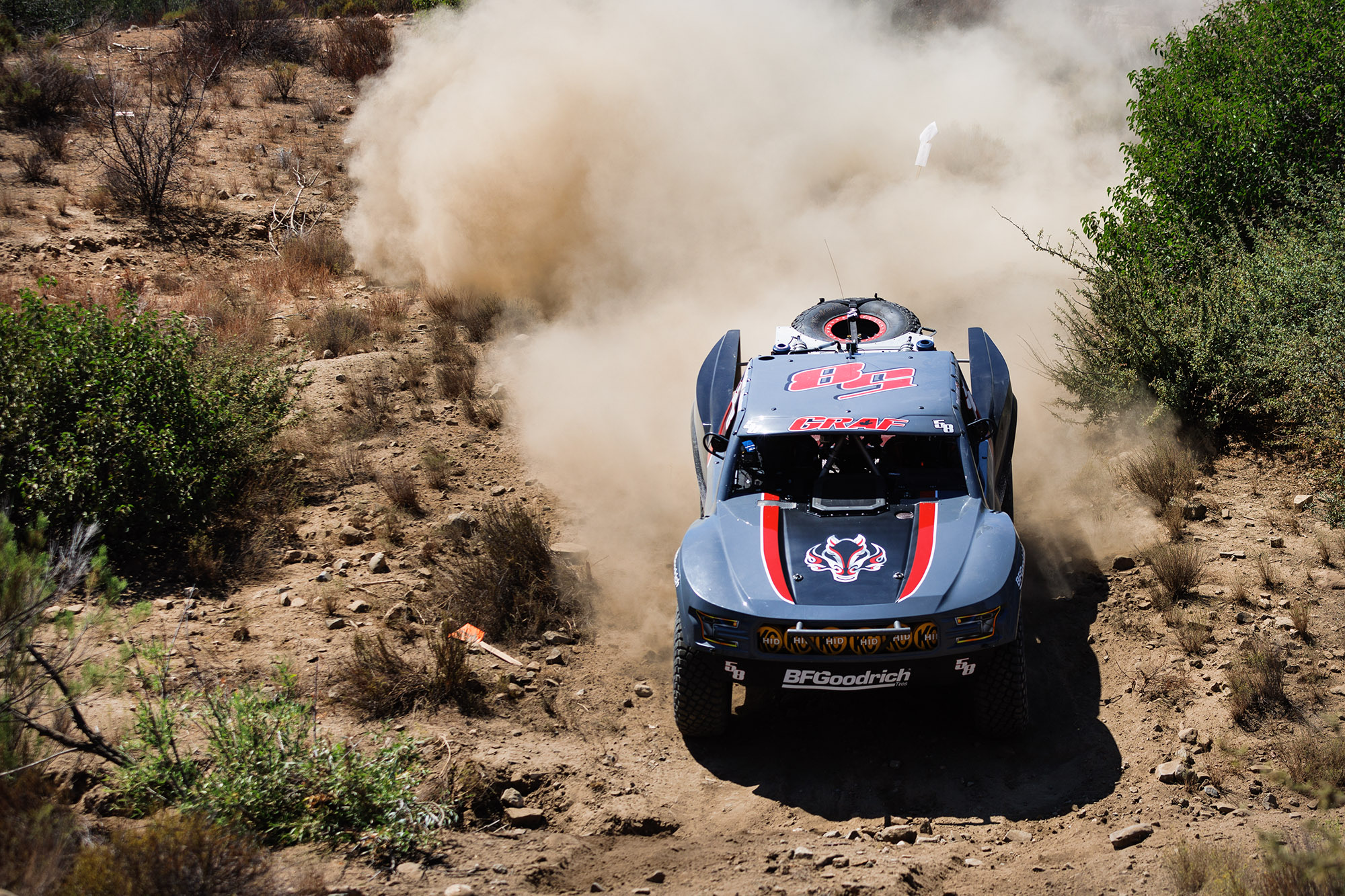 In the Legends class, Gustavo Vildosola Sr claimed another Win, making that three consecutive wins this season! Sr will go into the 1000 as the Legend’s points leader and with a mid-pack overall start. 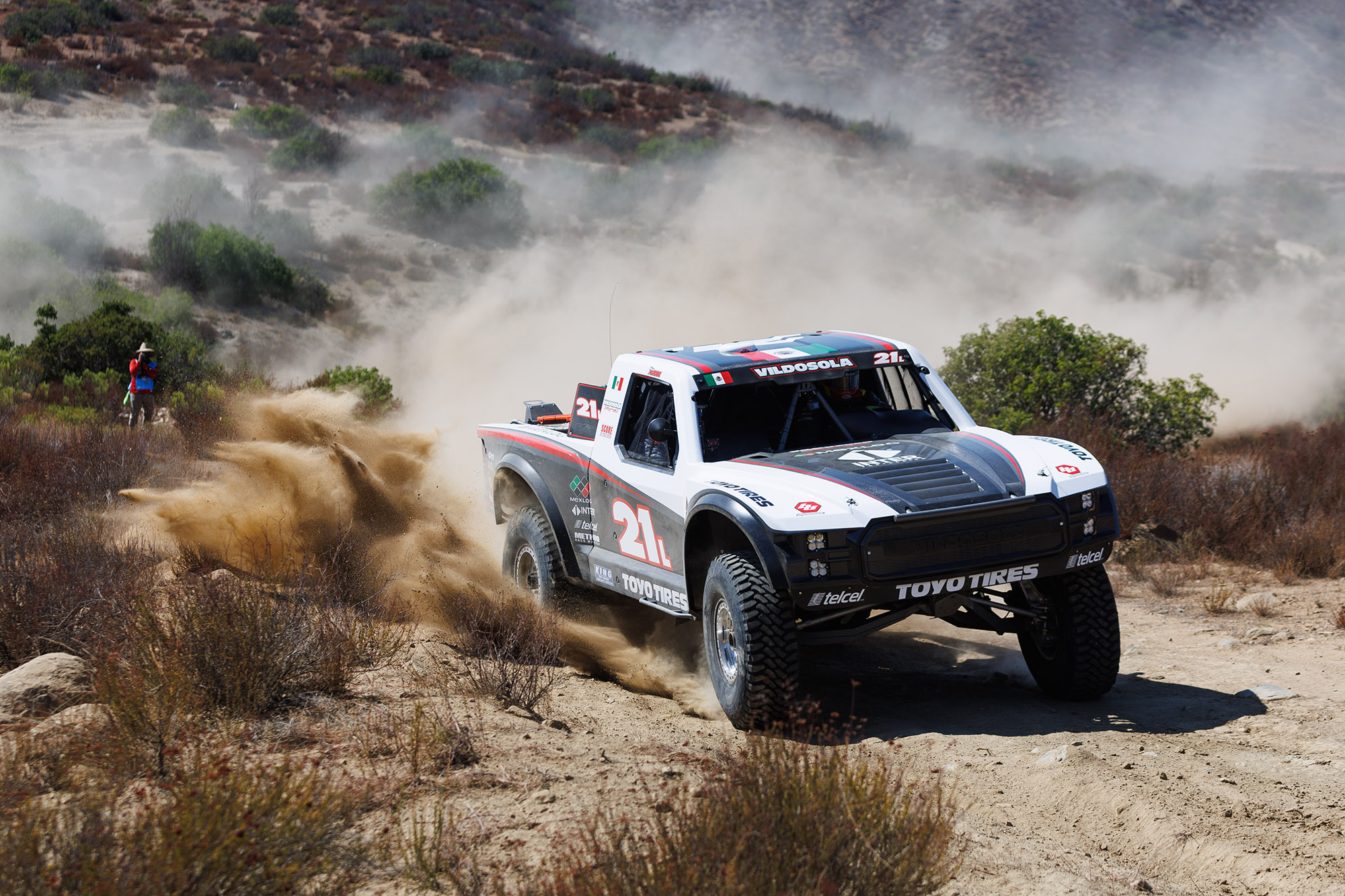 Ryan Hancock, in the #228 TT Spec, battled up front and was the first truck across the finish line. Unfortunately a VCP penalty would put them back to 2nd in class. Looking forward to seeing them bring the heat in November! 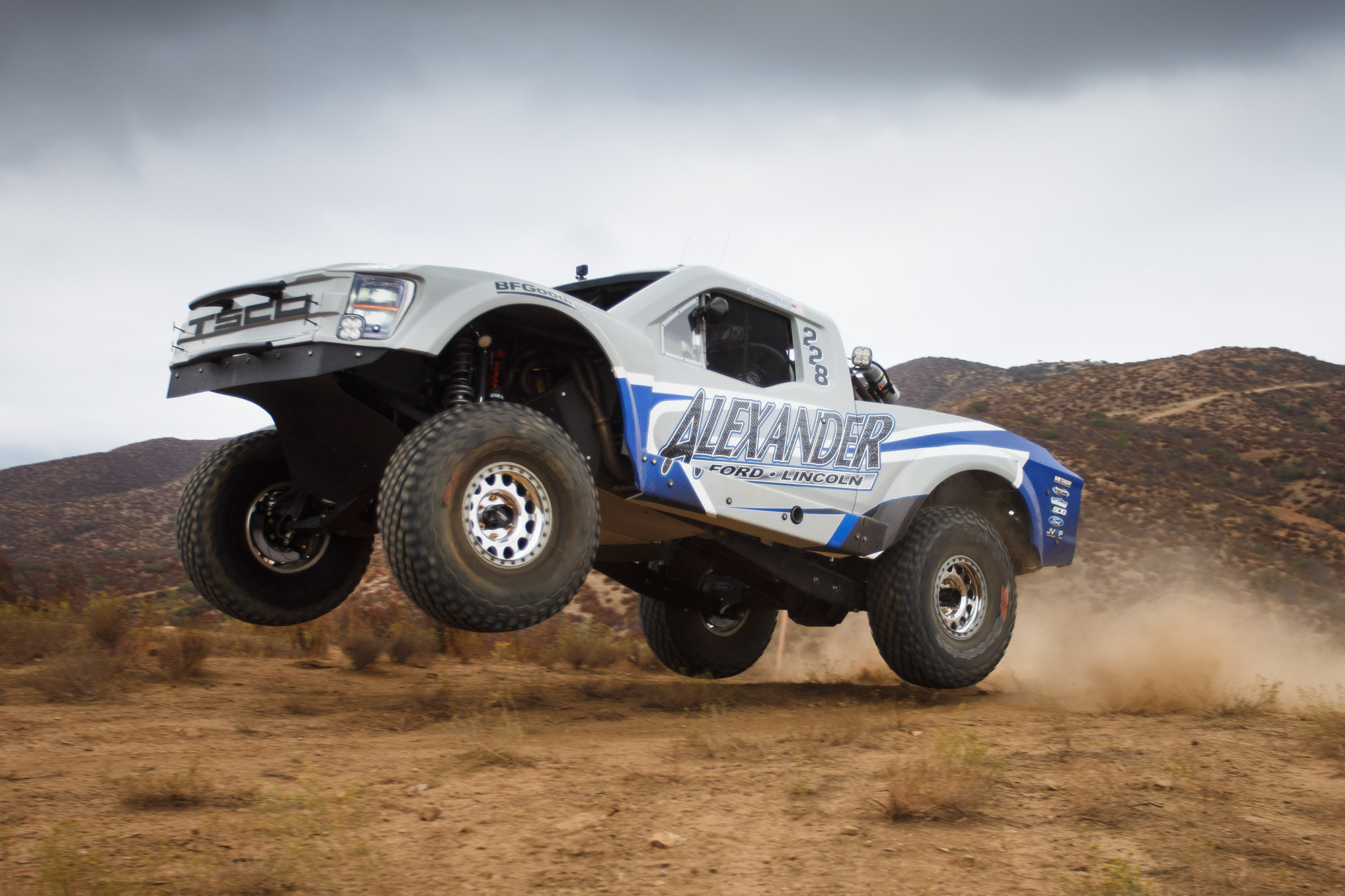