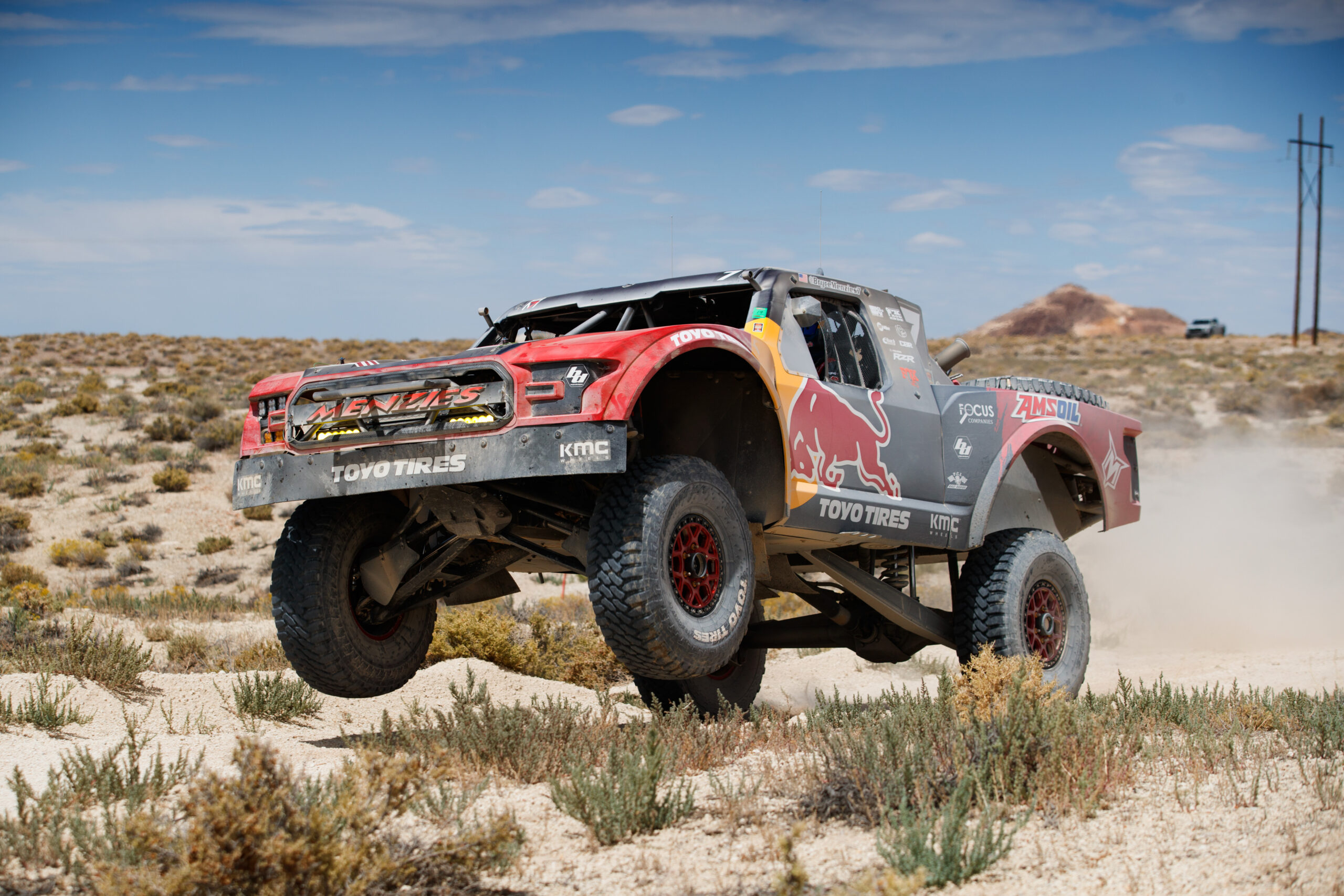 Last weekend 13 Dougans Racing Engines equipped Trucks competed in the longest off-road race in the United States. In this 515-mile Vegas to Reno race, crossing the finish line is a feat in itself. 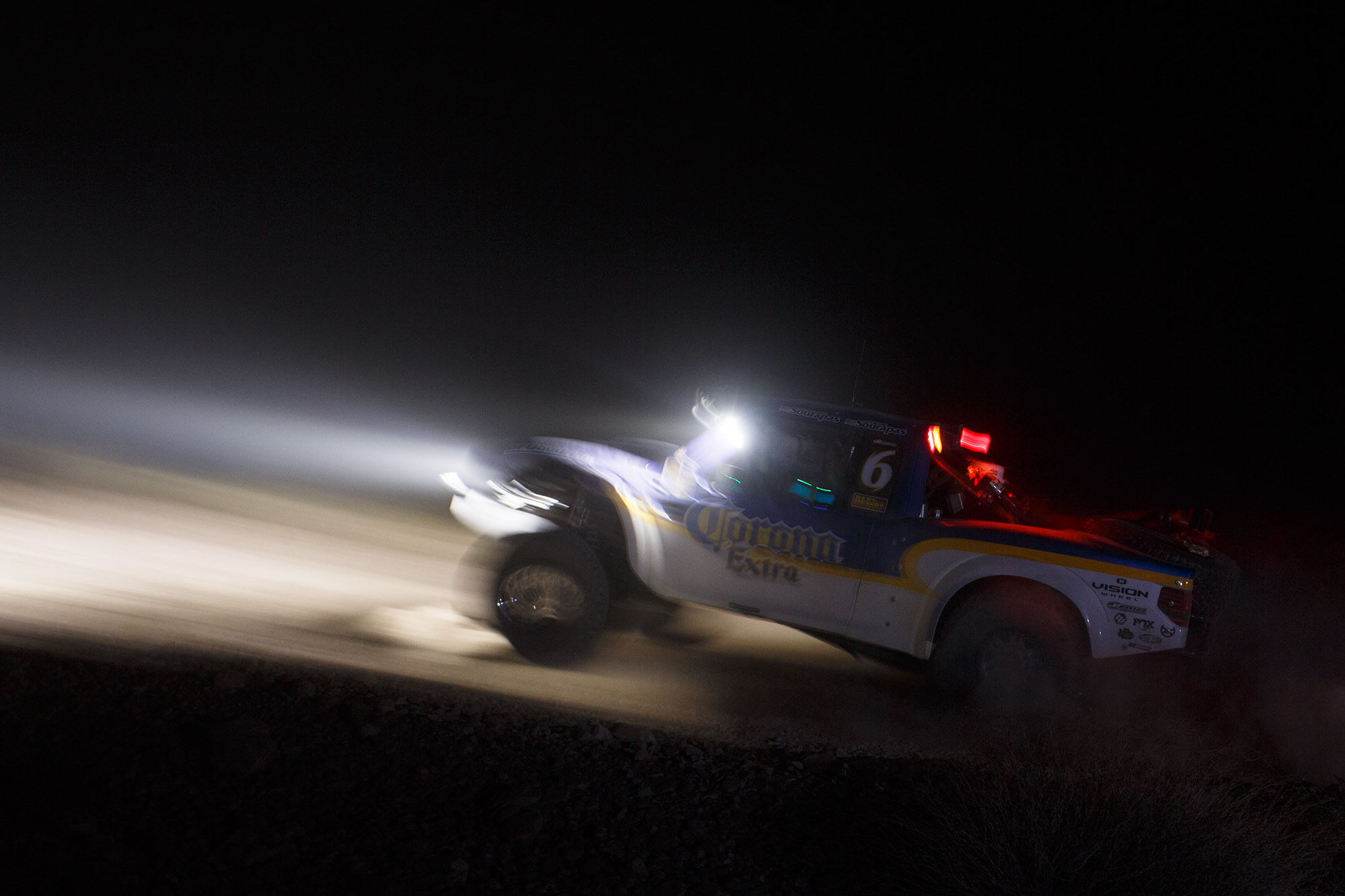 For the first time in BITD history qualifying took place completely at night. This presented a new set of challenges for the drivers. Dust overtook the infamous Apex course as teams competed for the best qualifying spot. 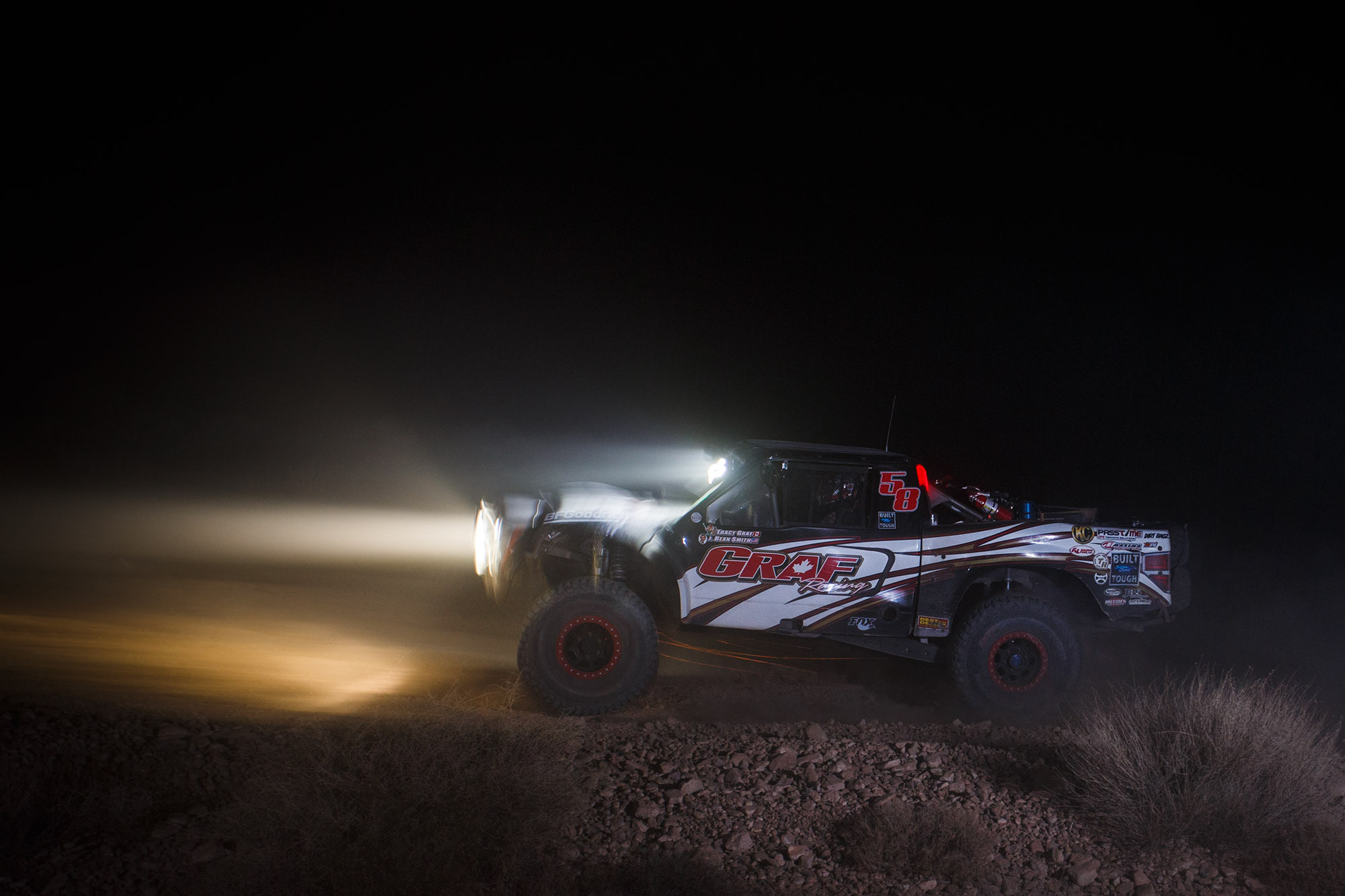 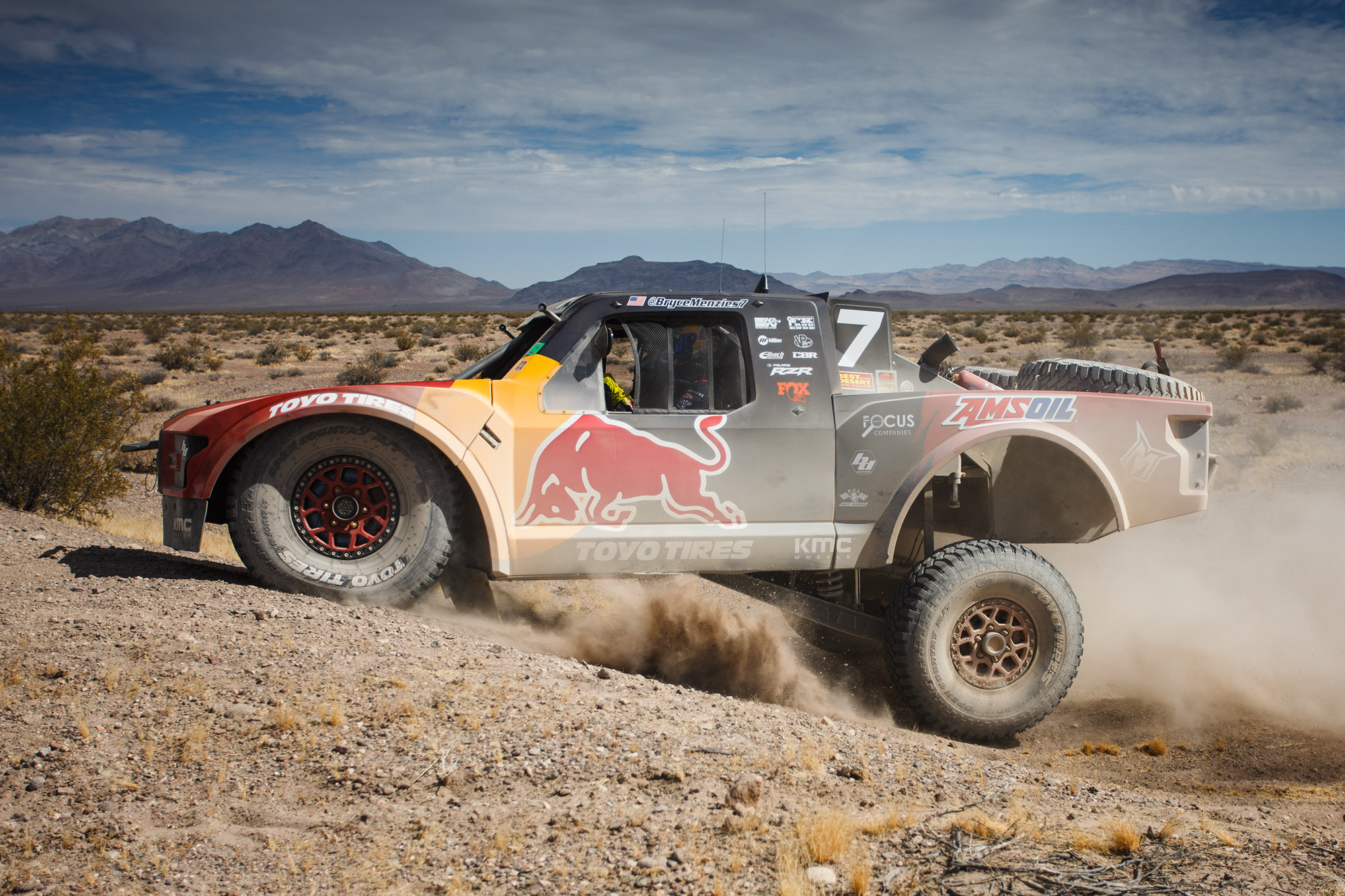 Menzies started in 2nd and made his way to the front of the pack before mile 120. He led physically for the remainder of the race, dust-free and on the throttle. The top 3 trucks battled closely on time most of the day, but Bryce took the overall win with a finishing time of 07:48:00. Congrats to Bryce and his team on another win! 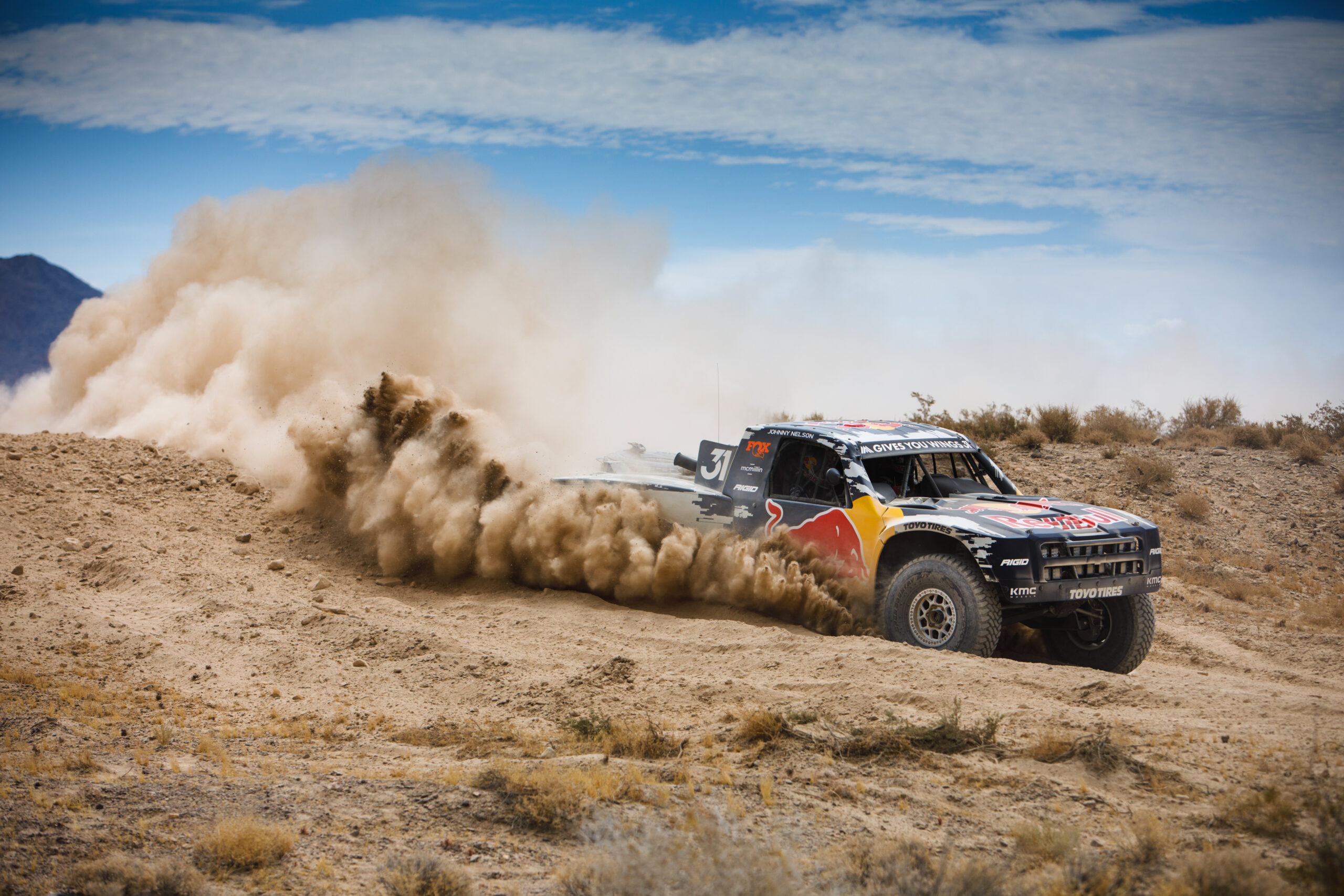 Andy Mcmillin, driver of the #31 Mason Motorsports truck, started mid-pack in 22nd place. However, a steady pace and no issues can be a game changer in a 500+ mile race. Andy did just that. He ran a clean race and on corrected time finished 5th overall! 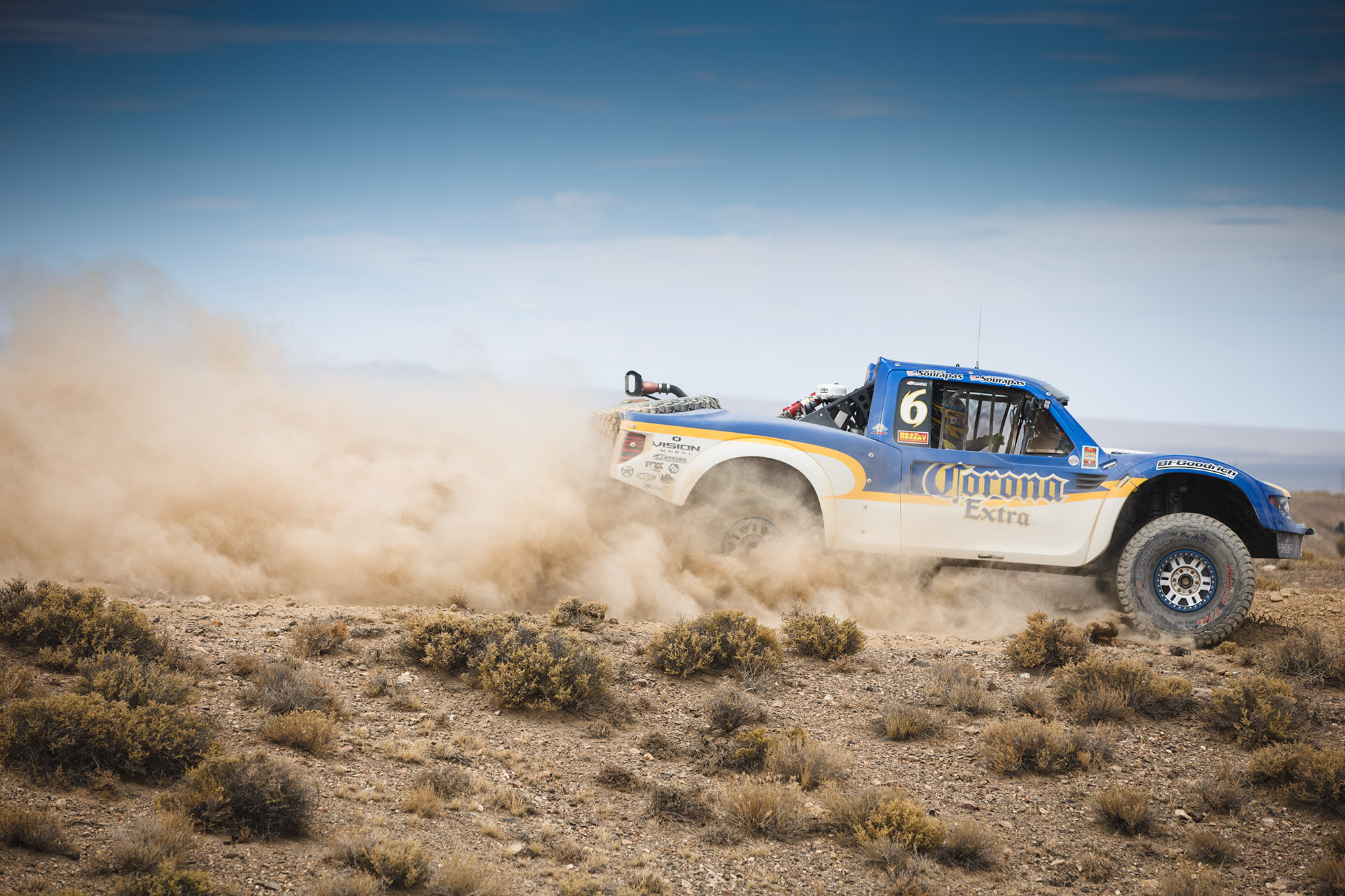 Team Sourapas brought out their OG Geiser #6 truck for this race. Christian qualified 19th but went into race day ready to make up the positions.  After the race he said, “we kept a good attitude and had a great first half of the race, picking off trucks left and right”. The #6 finished 6th overall!

With a finishing time of 08:15:55, the #38 of Eric Hustead came in only 30 seconds behind Sourapas in 6th. Hustead started in 14th, fought hard and finished 7th in class. 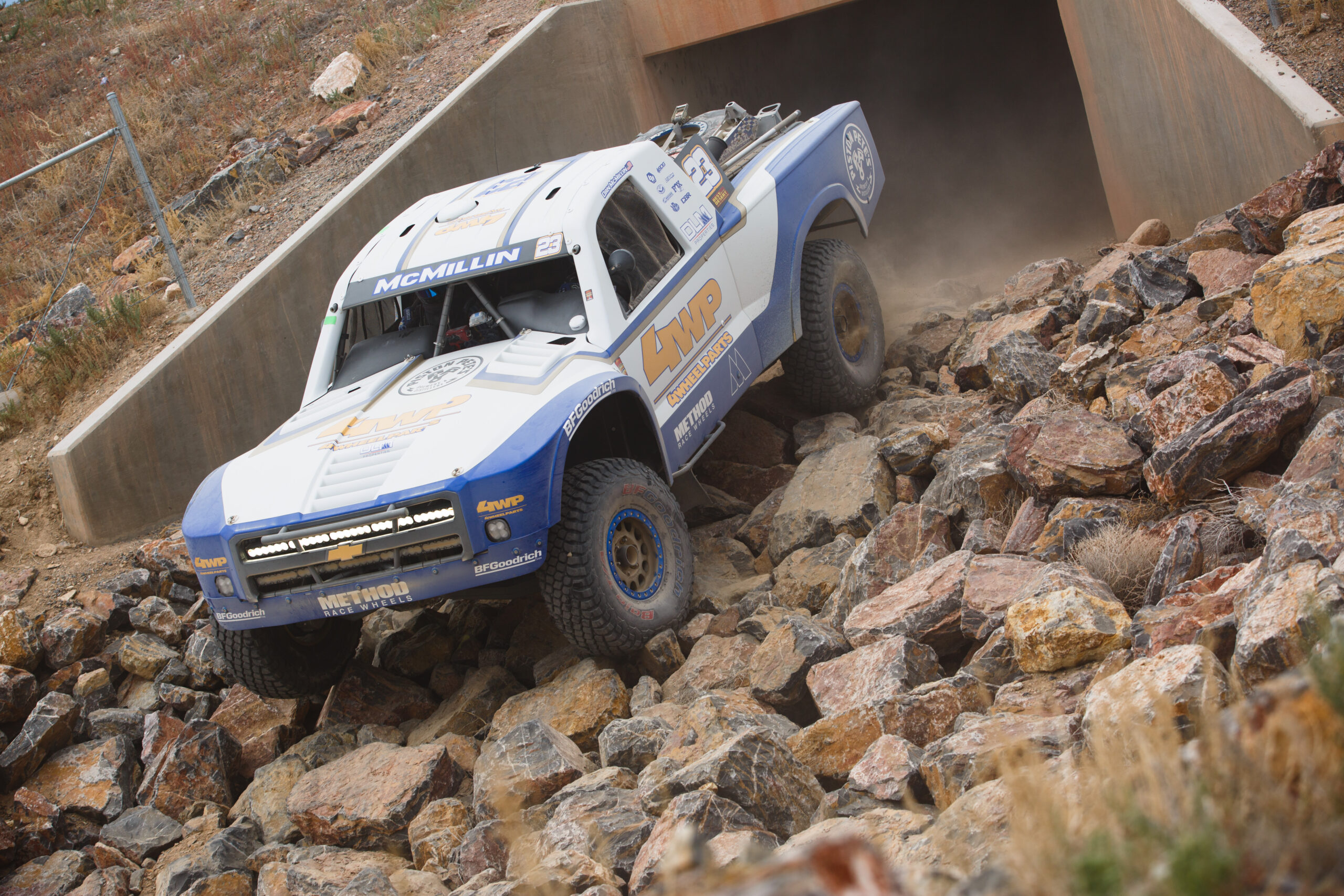 Dan Mcmillin, who has been putting in solid finishes this season, came in 12th in class with a total time of 08:24:51. 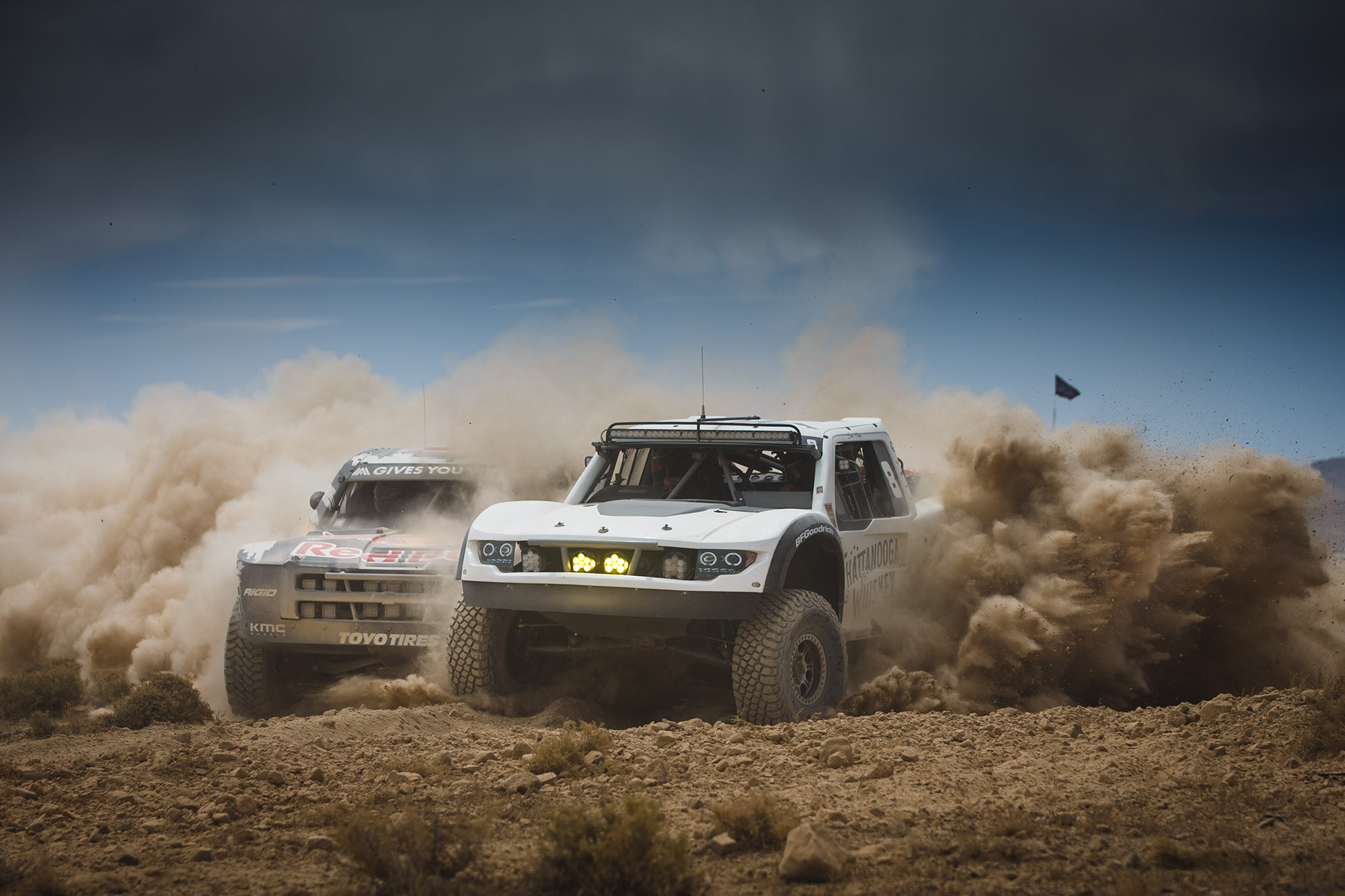 Back driving the Chattanooga Whiskey #8 Truck, Sara Price brought home 13th place. Great to see her out battling with the top drivers in the sport! 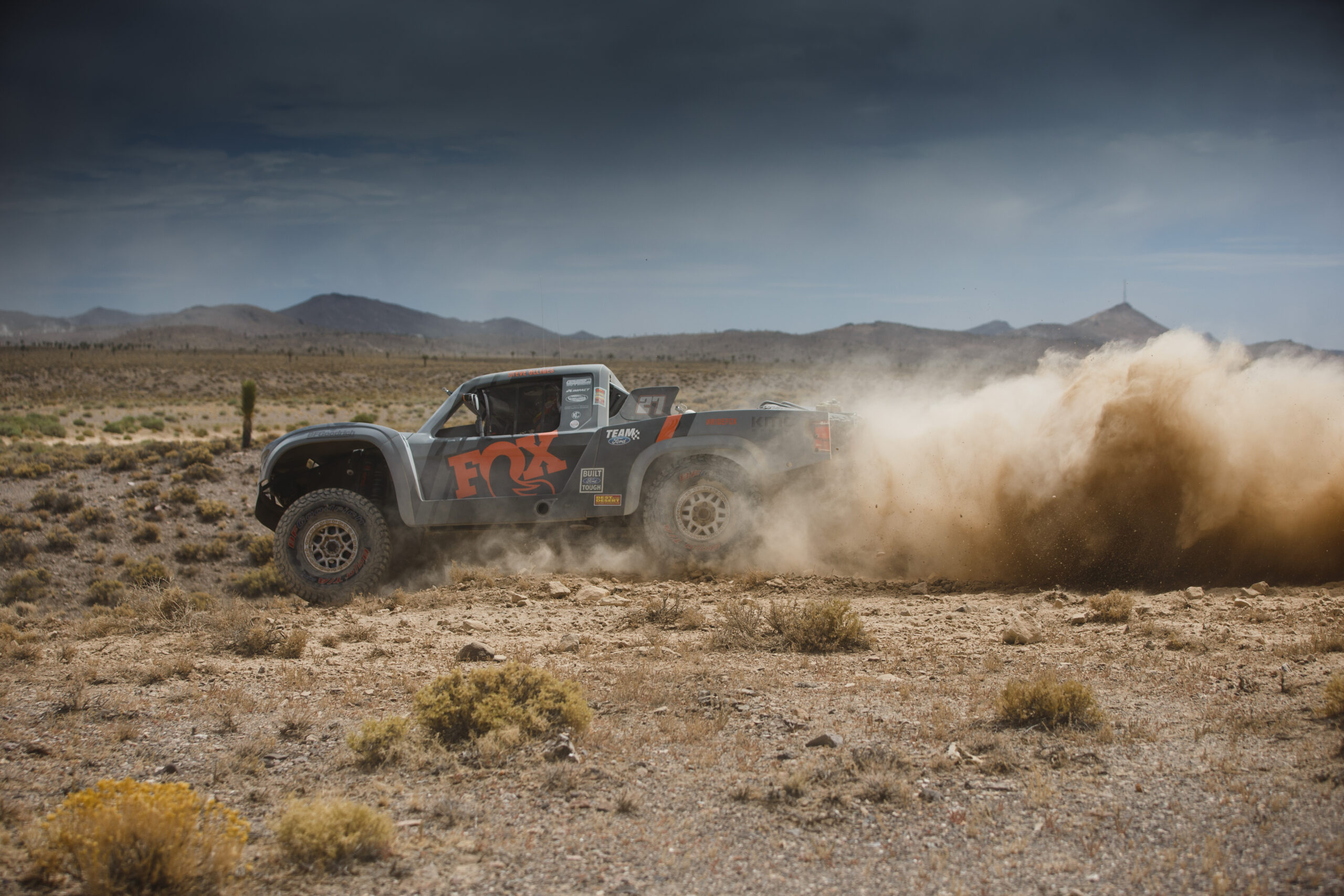 Following Price, the #71 of Rolf Helland finished 14th. Steve Olliges, who has consistently been top 5 this season, had a rough day of racing but was still able to bring it across the finish line in 15th. 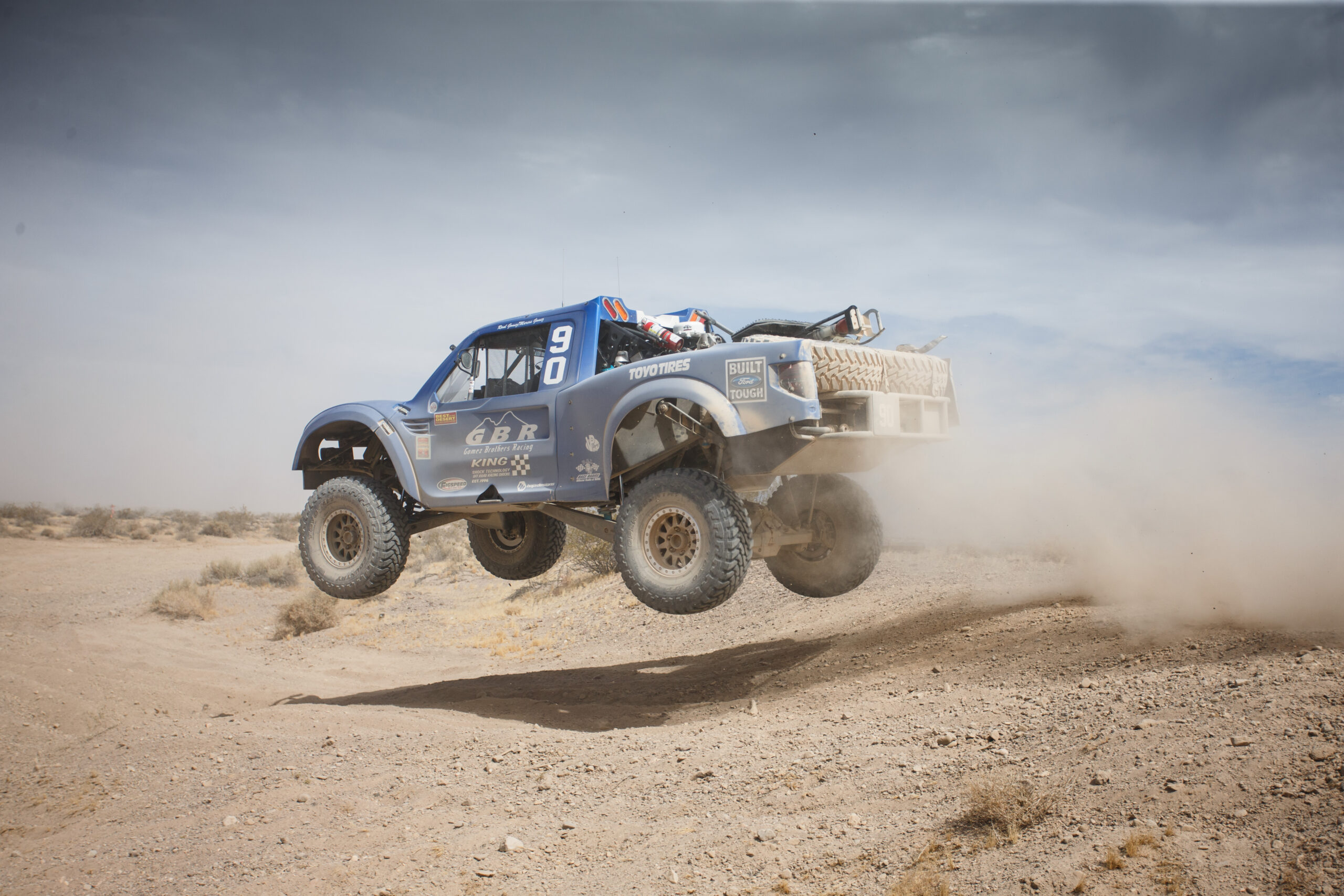 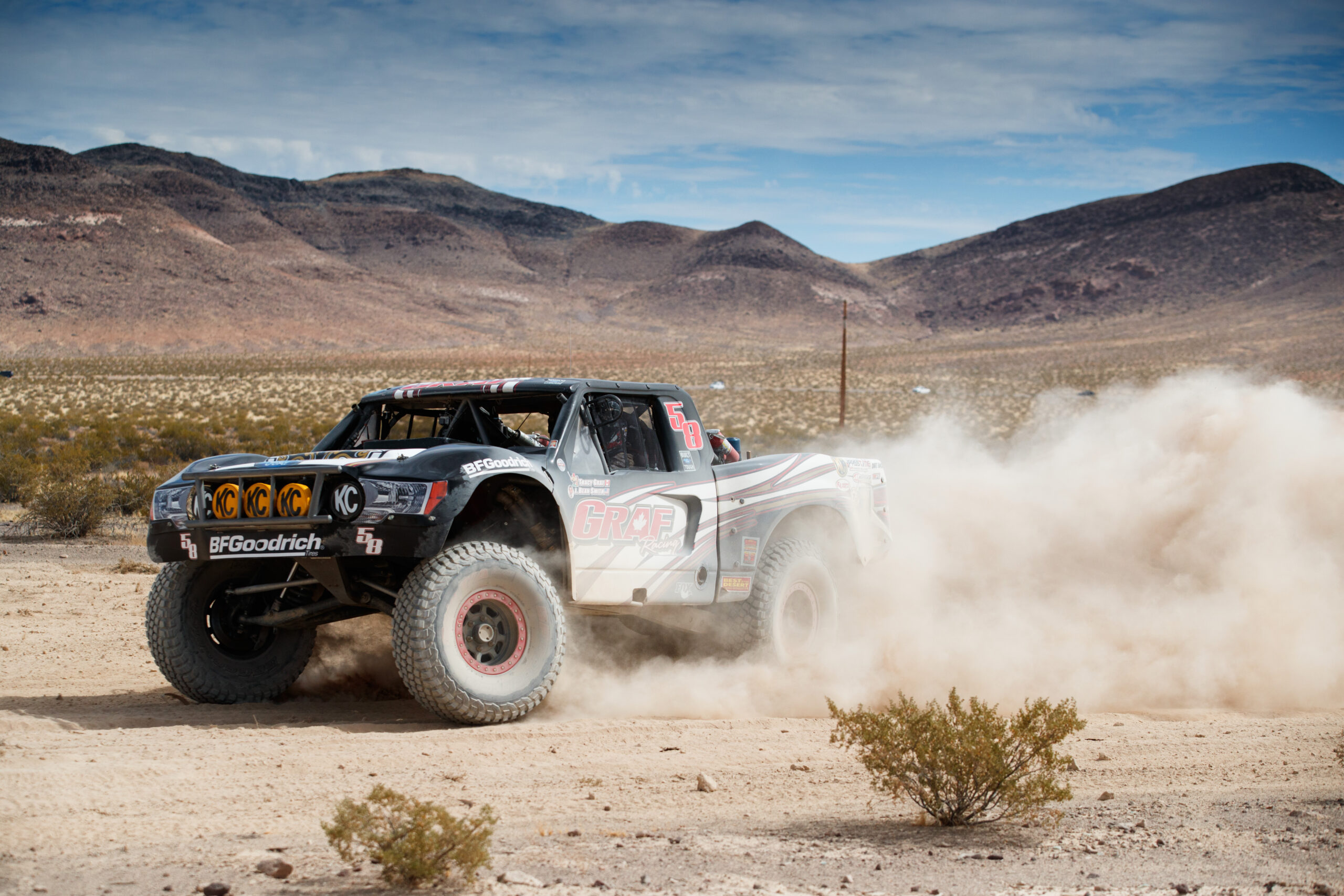 Tracy Graf, who qualified the #58 truck in 10th, had a mishap during the race putting them on their lid. The team got the truck fixed and back on course to finish 22nd in class.