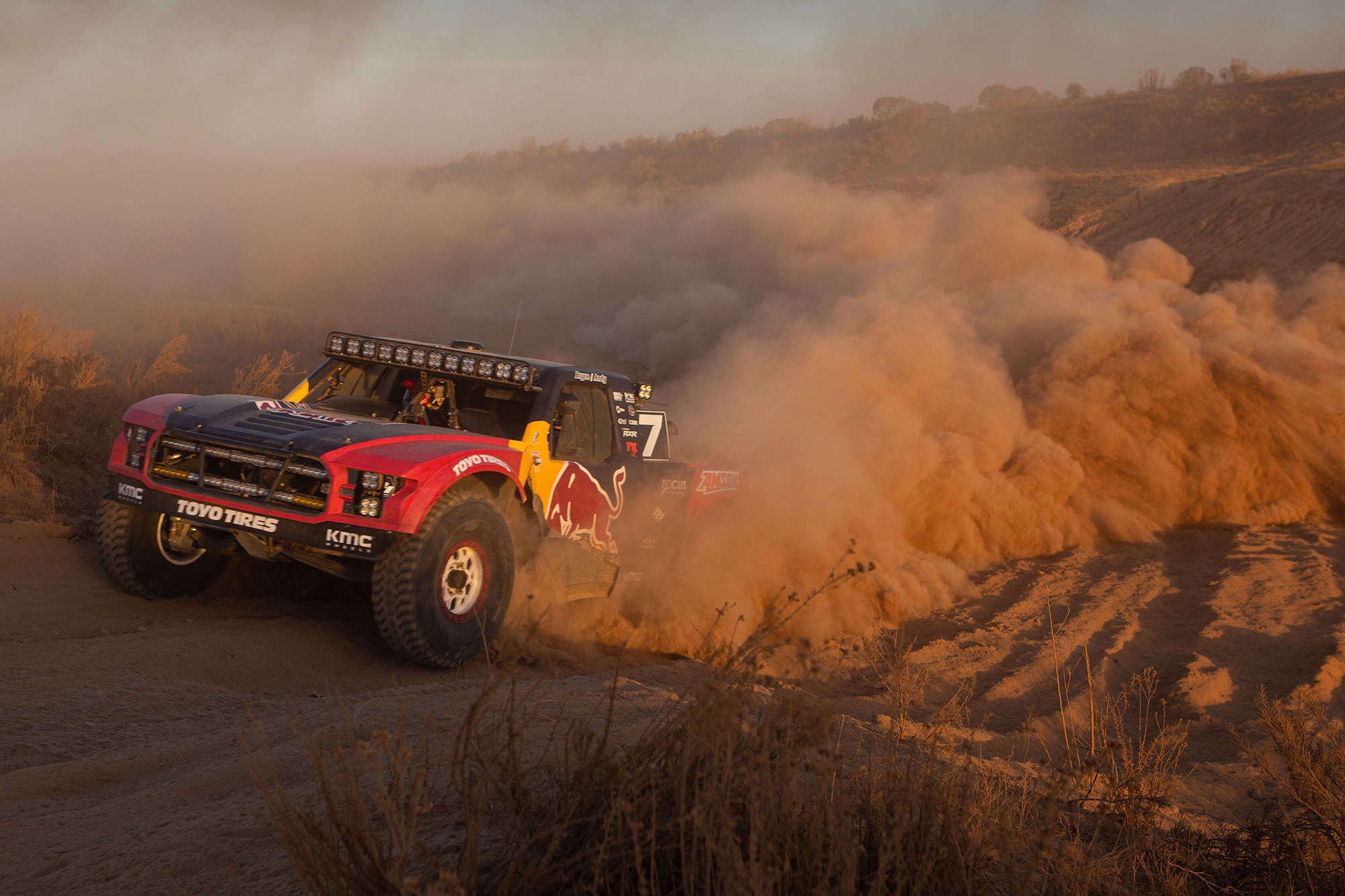 Bryce Menzies and Andy McMillin teamed up for this year’s 1000, racing Bryce’s AWD Mason truck. Because neither driver competed in the Baja 500, they would have to start in the back of the pack. Bryce took on driving duties first and started making up time right away. Around RM 180 he went to pass another truck and hit a ditch, causing damage to the truck. They got it fixed and got the truck to Andy in pristine shape. Andy had a clean run and crossed the finish in 3rd. 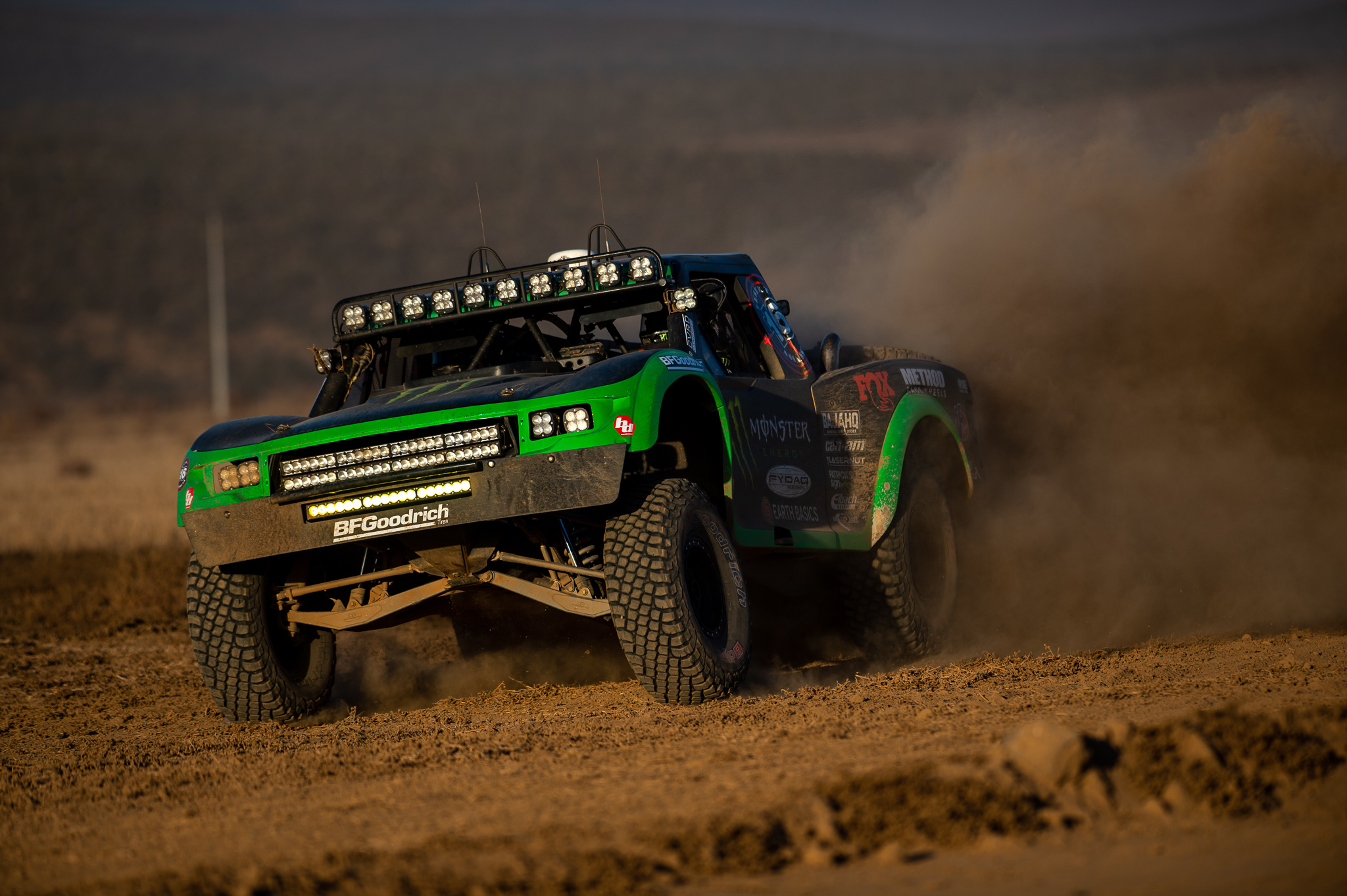 Baja veteran Cameron Steele and teammate Bobby Pecoy started 12th in the Trophy Truck class. They ran mid-pack but made up a lot of time throughout the 890-mile race. They finished 4th! 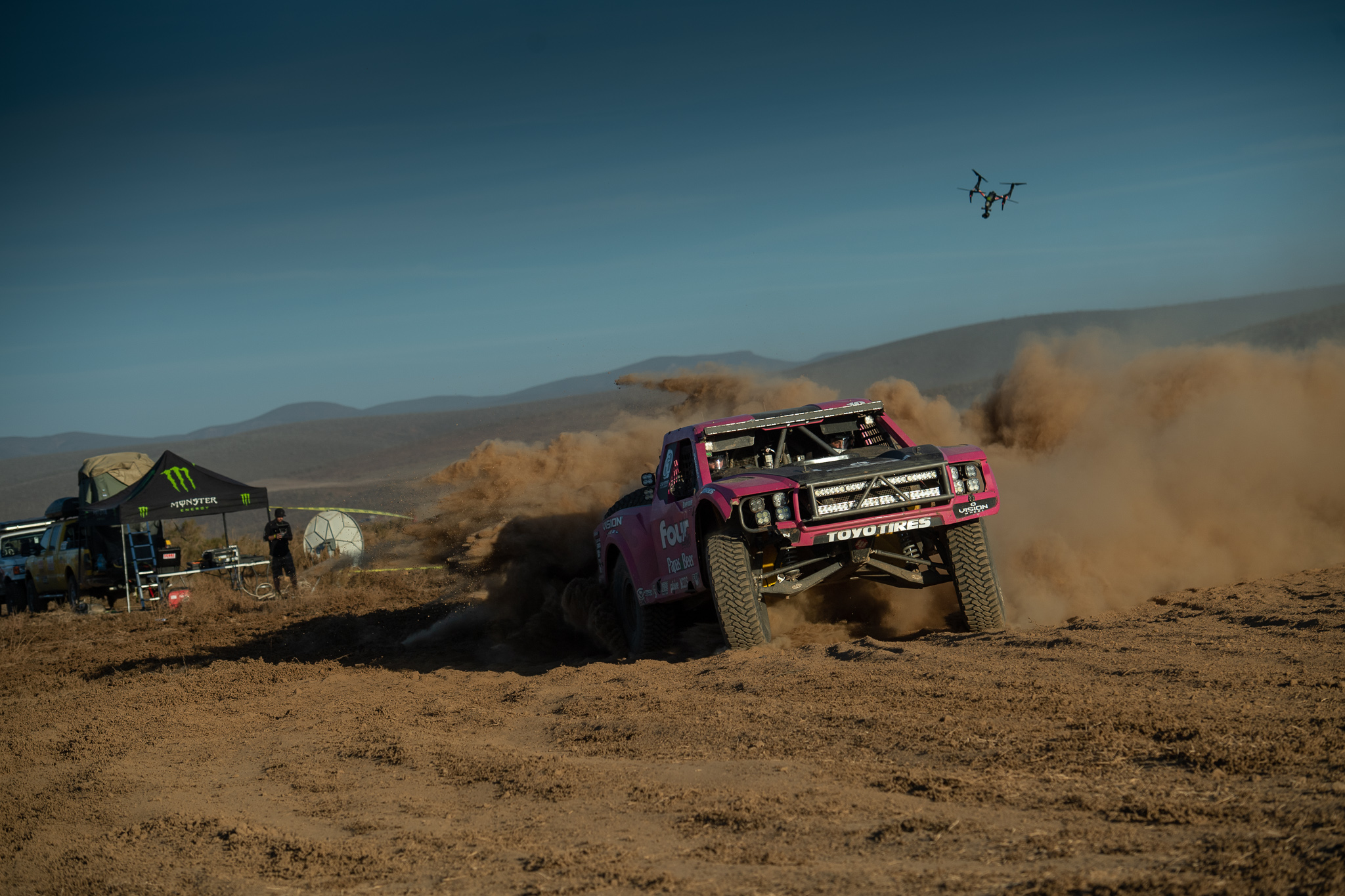 The Ampudia brothers, who won the Baja 1000 in 2019, ran with the top drivers all day. Alan, Aaron and Rodrigo are locals in Ensenada and are know the trails of Baja like the back of their hand. The Ampudias, in the #10 truck, battled door to door with 2nd place for several miles while leading the race on corrected time. They stayed with the leaders on time all day until the last leg of the race, when a g-out caused damage to the front end of the truck. They fixed the truck and finished 6th. 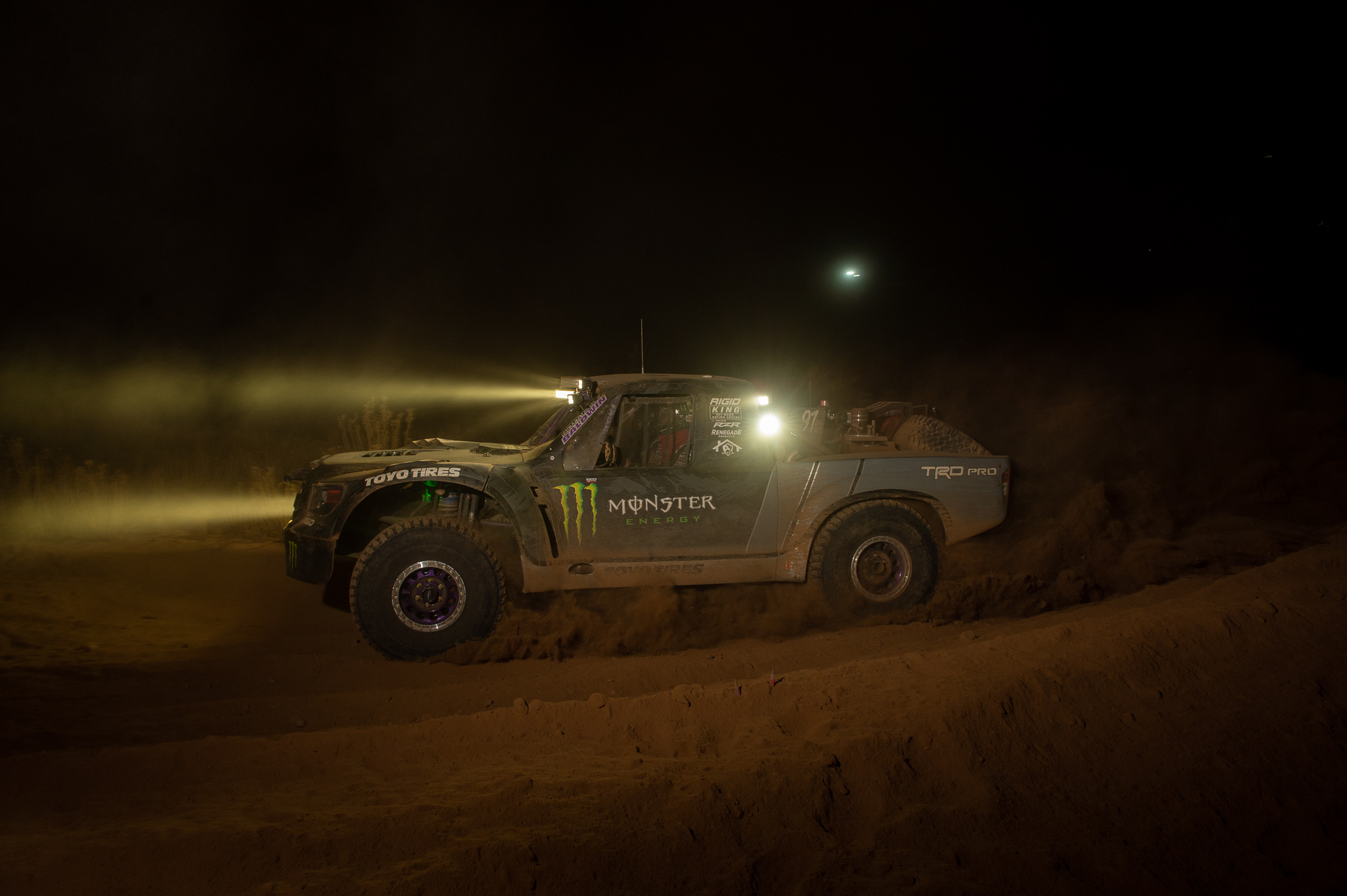 2X Baja 1000 champion and ironman BJ Baldwin suffered a fuel pressure sender issue early on in the race but was able to get it fixed and get back on the road. He had a smooth run after that and finished 8th. 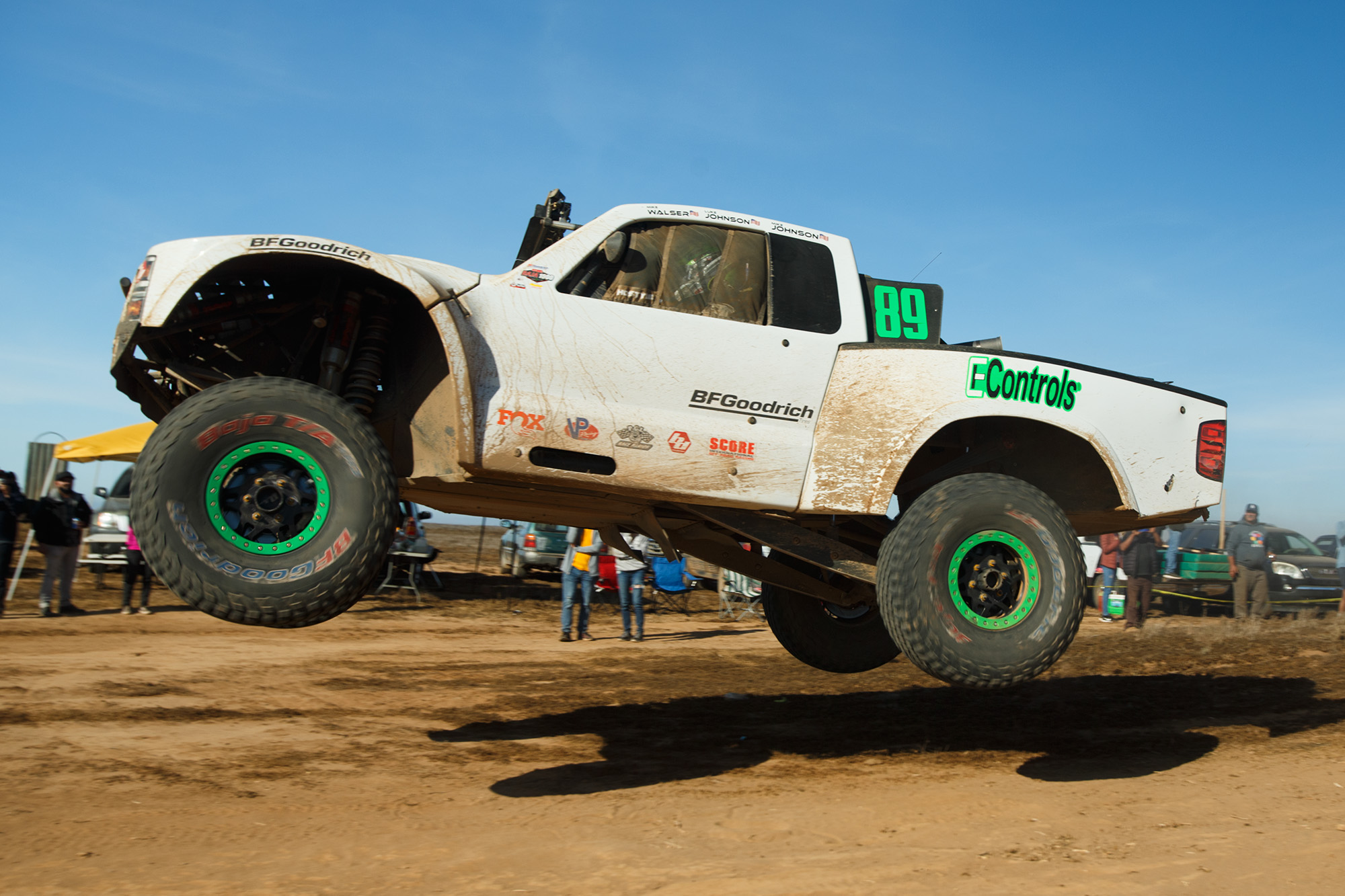 Mike Walser and Luke Johnson, in the number #89 truck, started 4th from the back. He made it across the finish line in 9th, just minutes behind Baldwin. 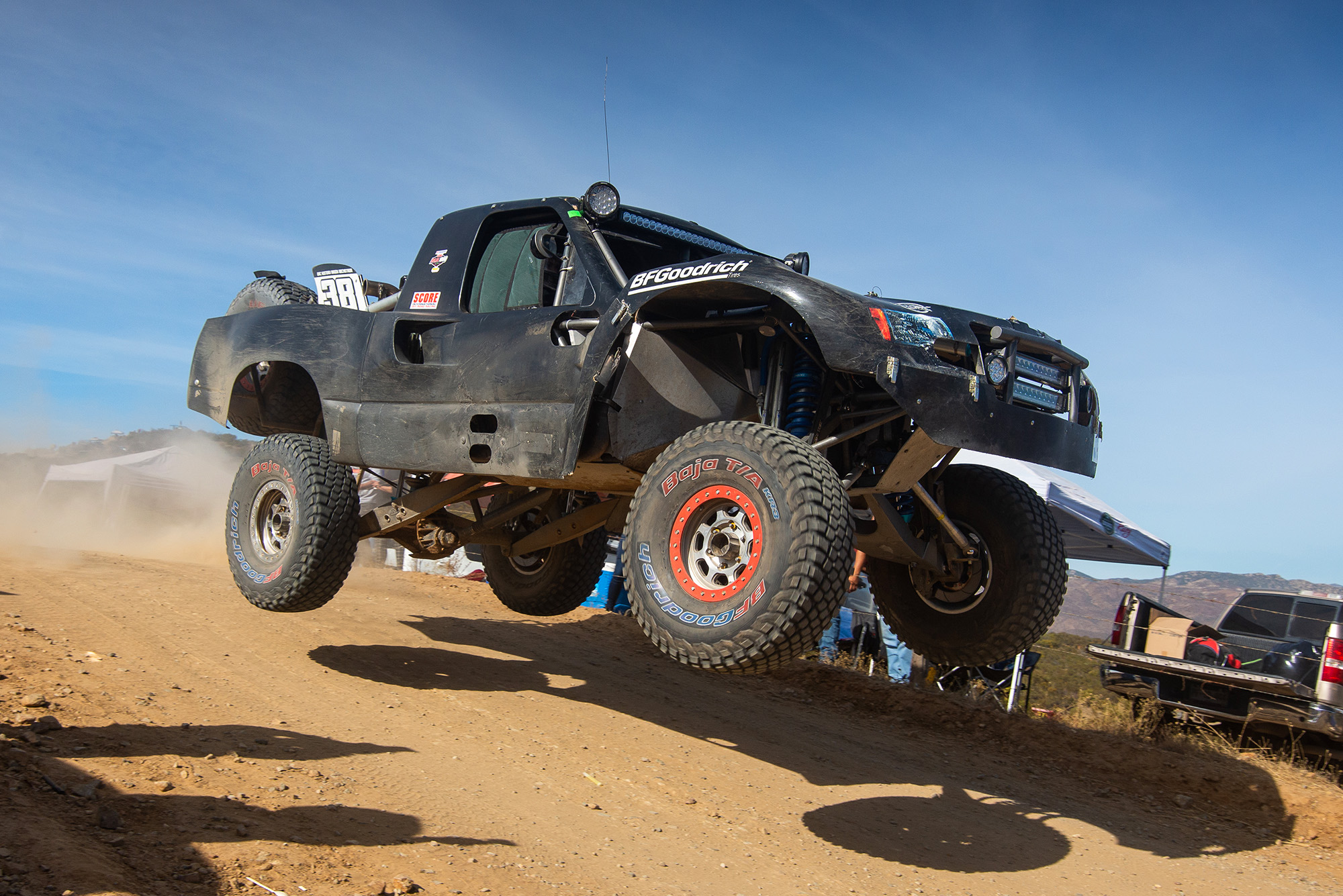 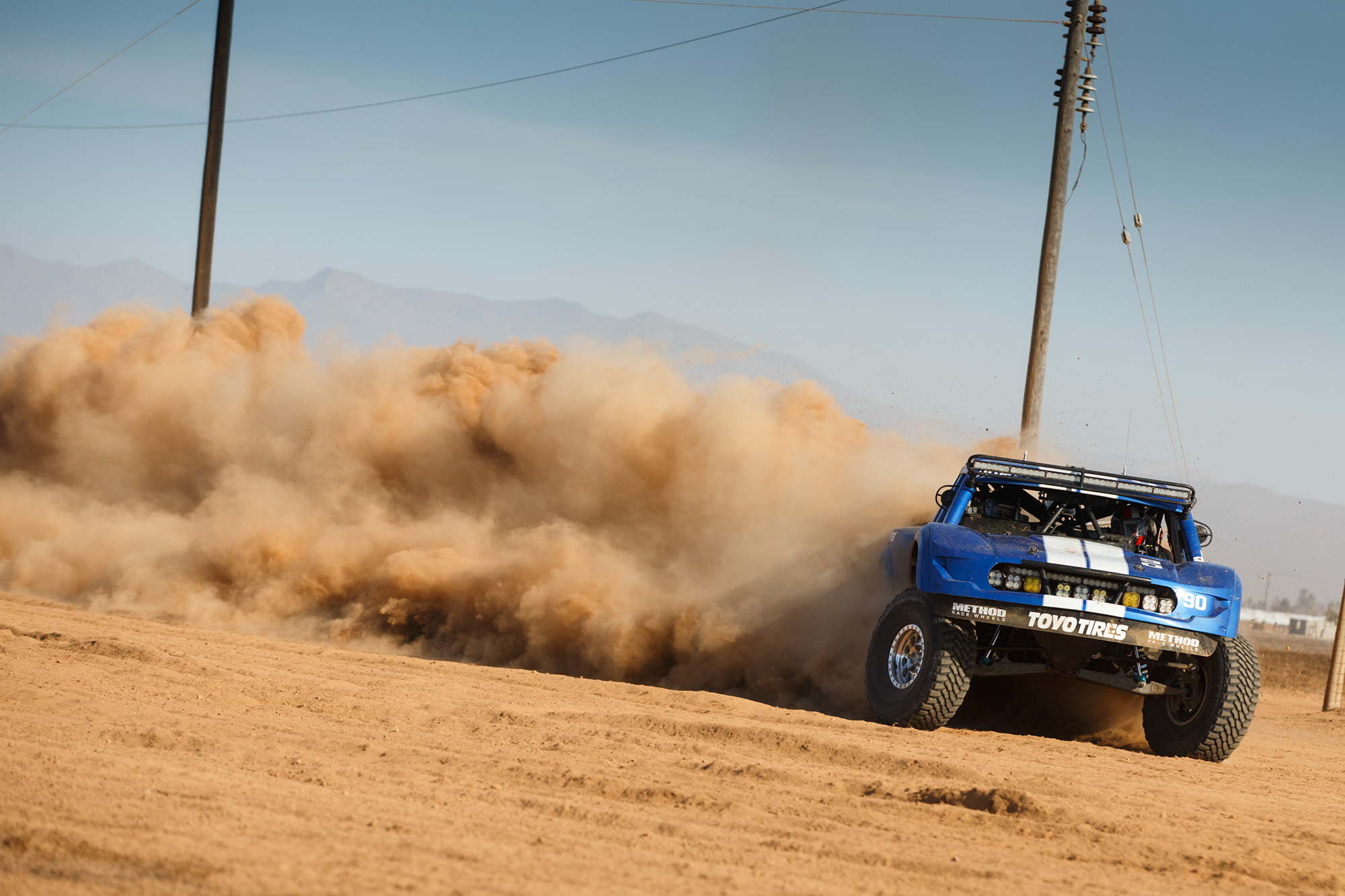 Eric Hustead finished the Baja 1000 in 11th with Raul Gomez right behind him in 12th. It was a hard-fought day for both teams, but they accomplished the goal every racer has: They finished! 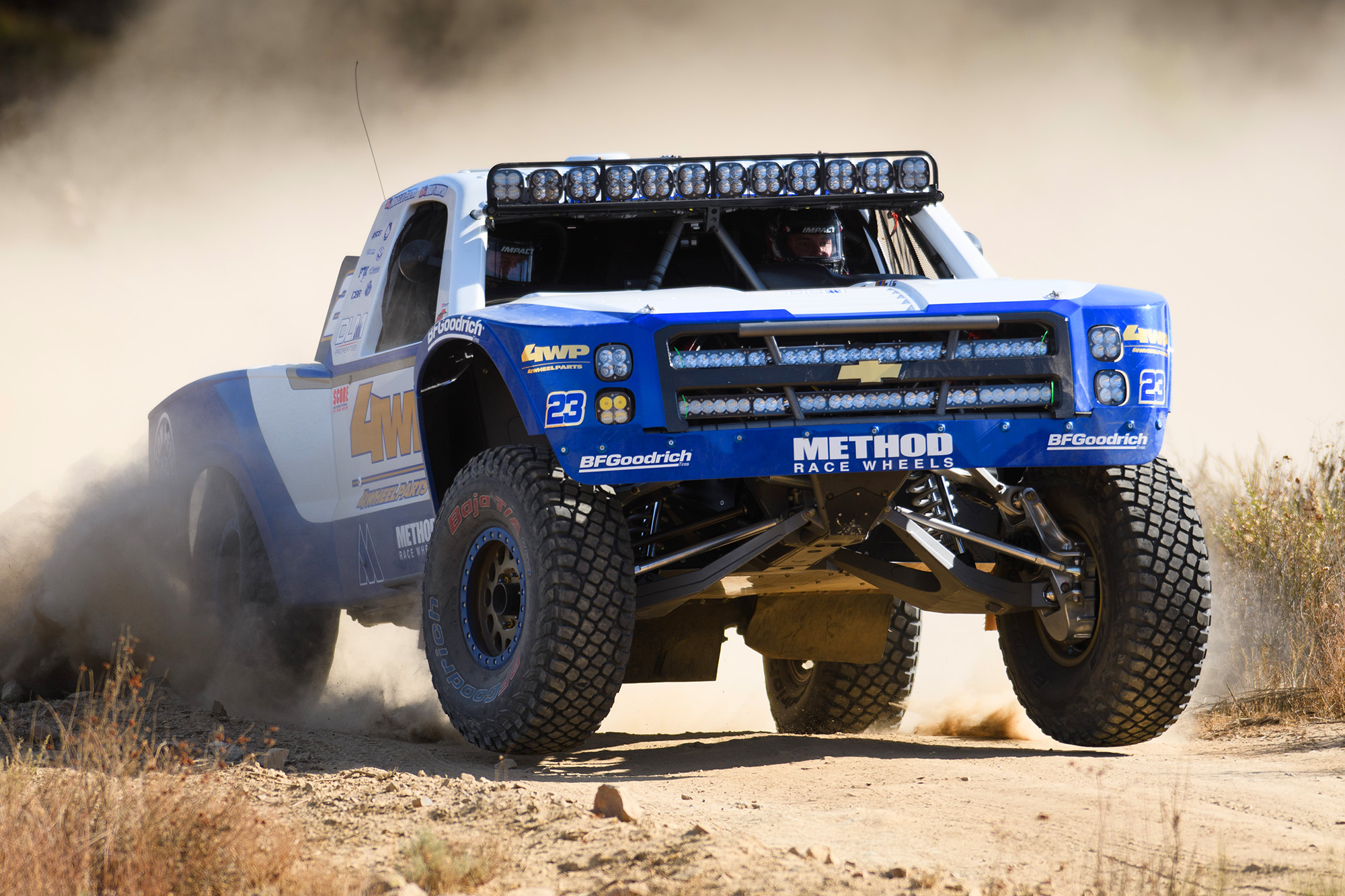 Dan McMillin, winner of the 2020 Baja 500, started in the top spot for the 1000. Dan maintained the physical lead for more than half of the race, until mile 580 where his brother, Luke McMillin got around him. Dan said that at that moment he radioed to his brother, “Go get ‘em bud, go win this thing”. 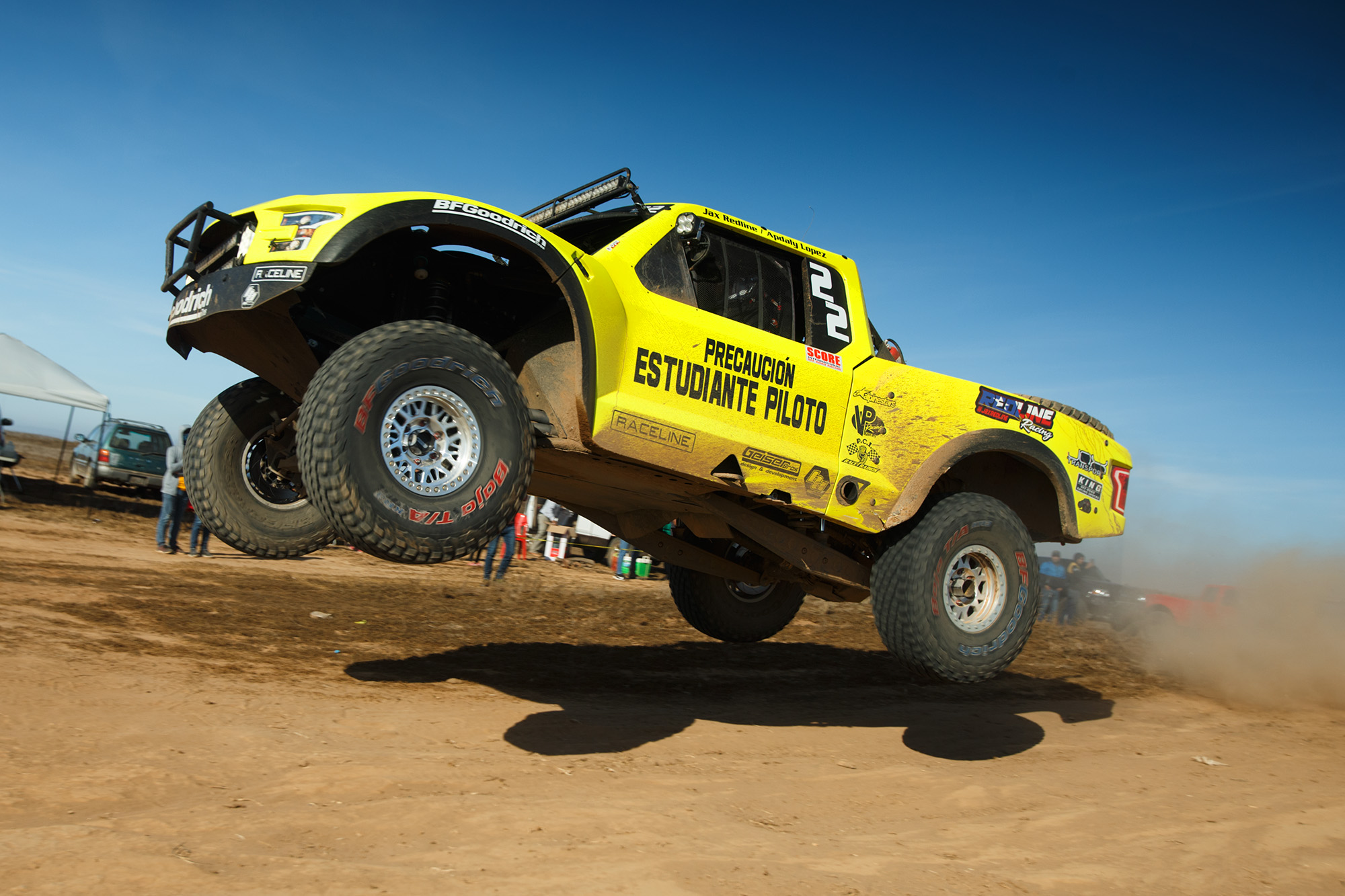 15-year-old Jax Redline teamed up with Baja-local Apdaly Lopez in the #22 truck. The team ran strong until mile 410 where a broken bolt ended their race.

In the Trophy Truck Legends class, Robbie Pierce, Bobby Patton and Ricky Johnson teamed up and took the win in the #20L! 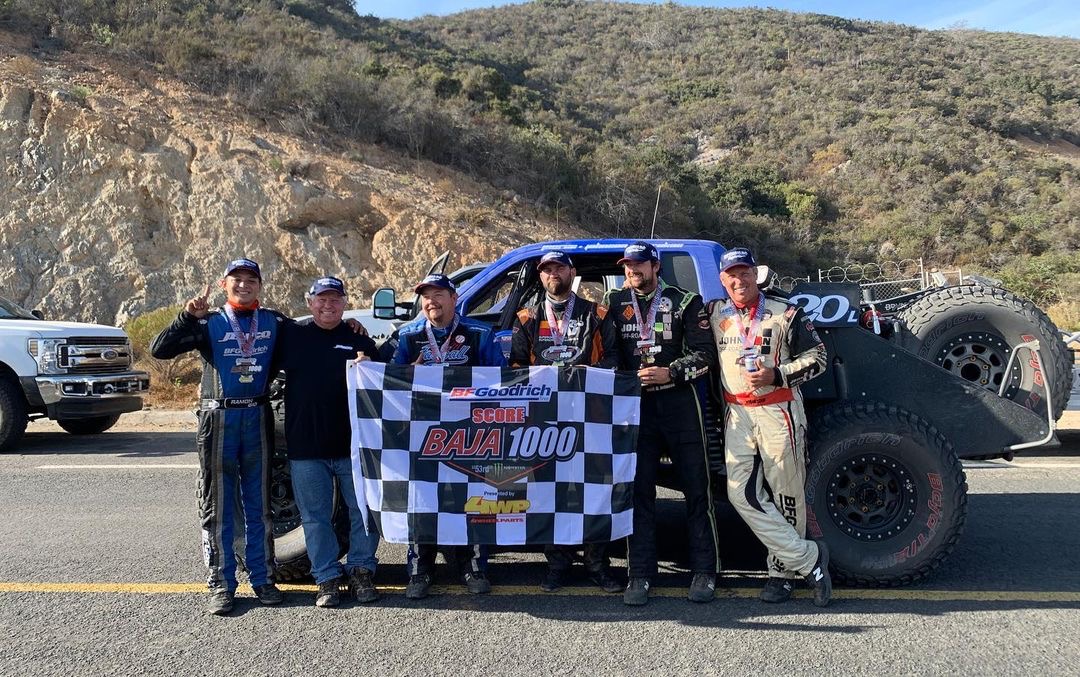 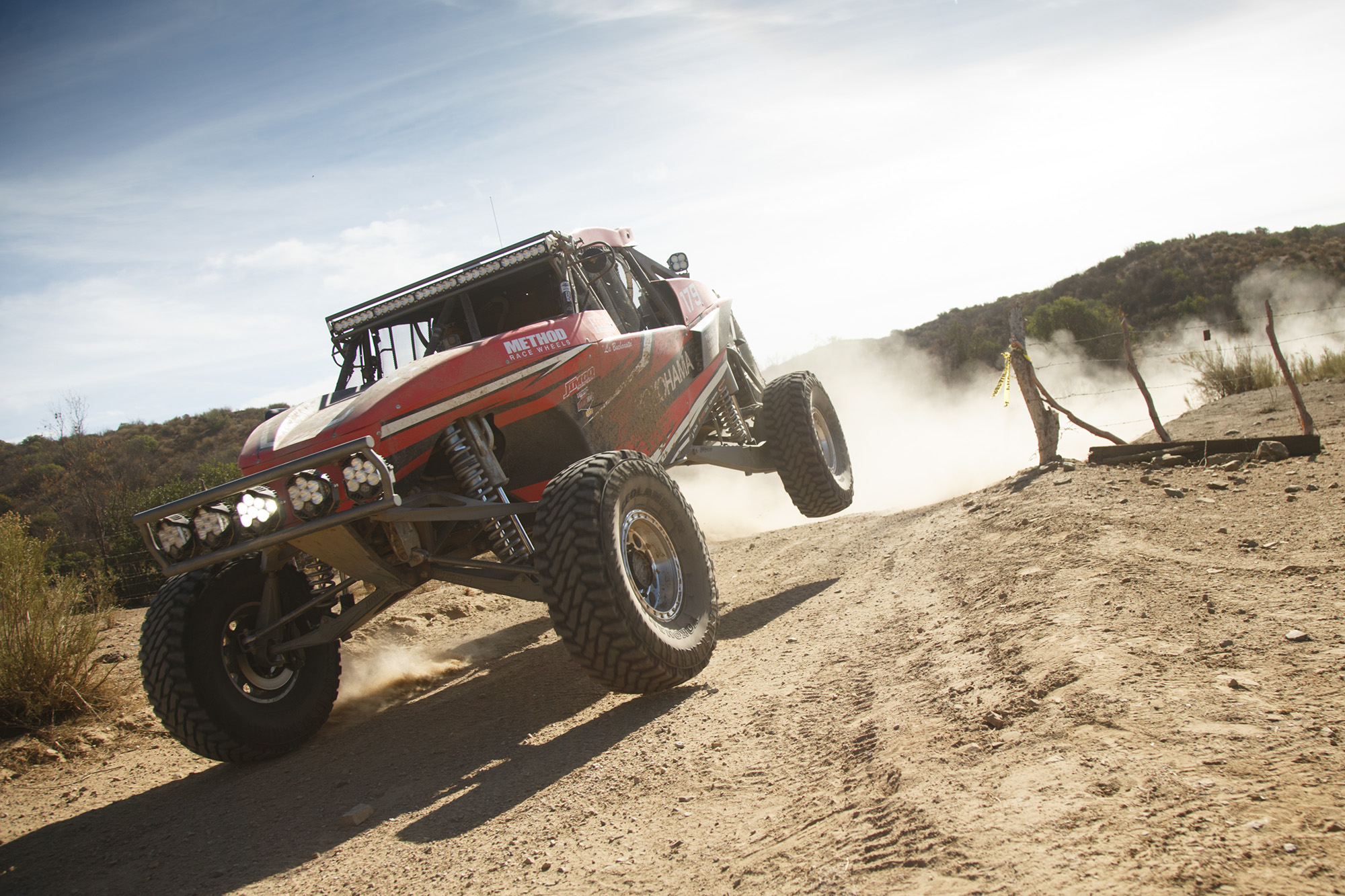 That wraps up the 2020 racing season! Congratulations to all of the teams not only on your finishes  in the Baja 1000, but on making it through the year!