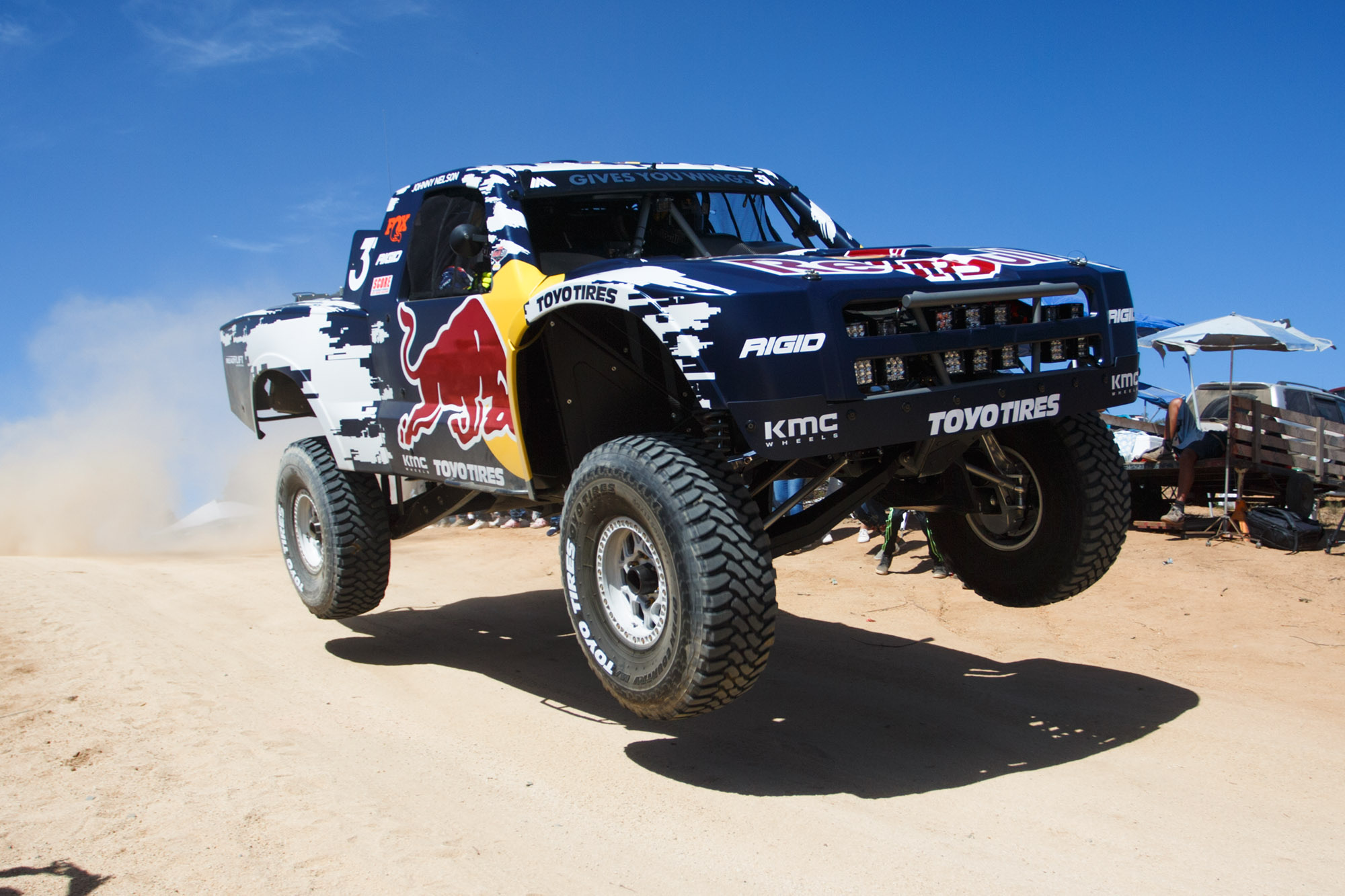 The 2021 Baja 500 was action-packed, to say the least!  Twenty-five of the top Trophy Truck drivers battled within seconds of each other to the finish line. After the finish, reports of penalizable actions were made and the SCORE Competition Review Board took 2 days to review before releasing official results. Dougans Racing Engines trucks would come out 2-3-4 overall! 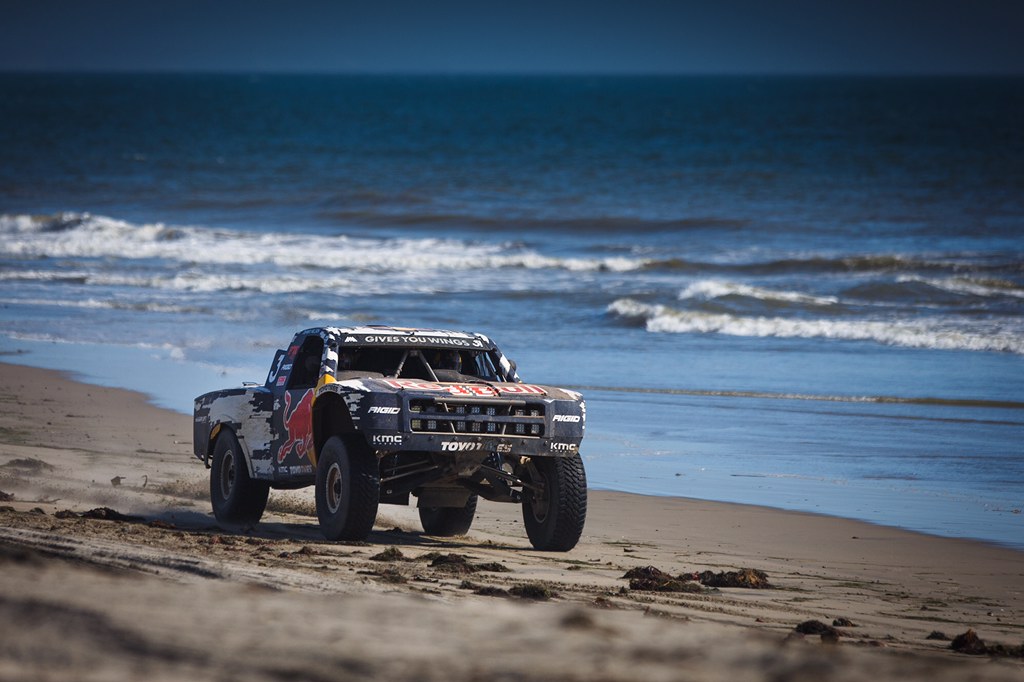 Andy McMillin, who finished 3rd in the San Felipe 250, had an impressive battle up front all day. Him and Luke McMillin ran neck-and-neck throughout the 10+ hour race and finished just seconds apart from each other. Andy stated, “It was a really tough race. It was grueling on the mind and on the body.” Team #31 finished 2nd overall with a time of 10:19:59! 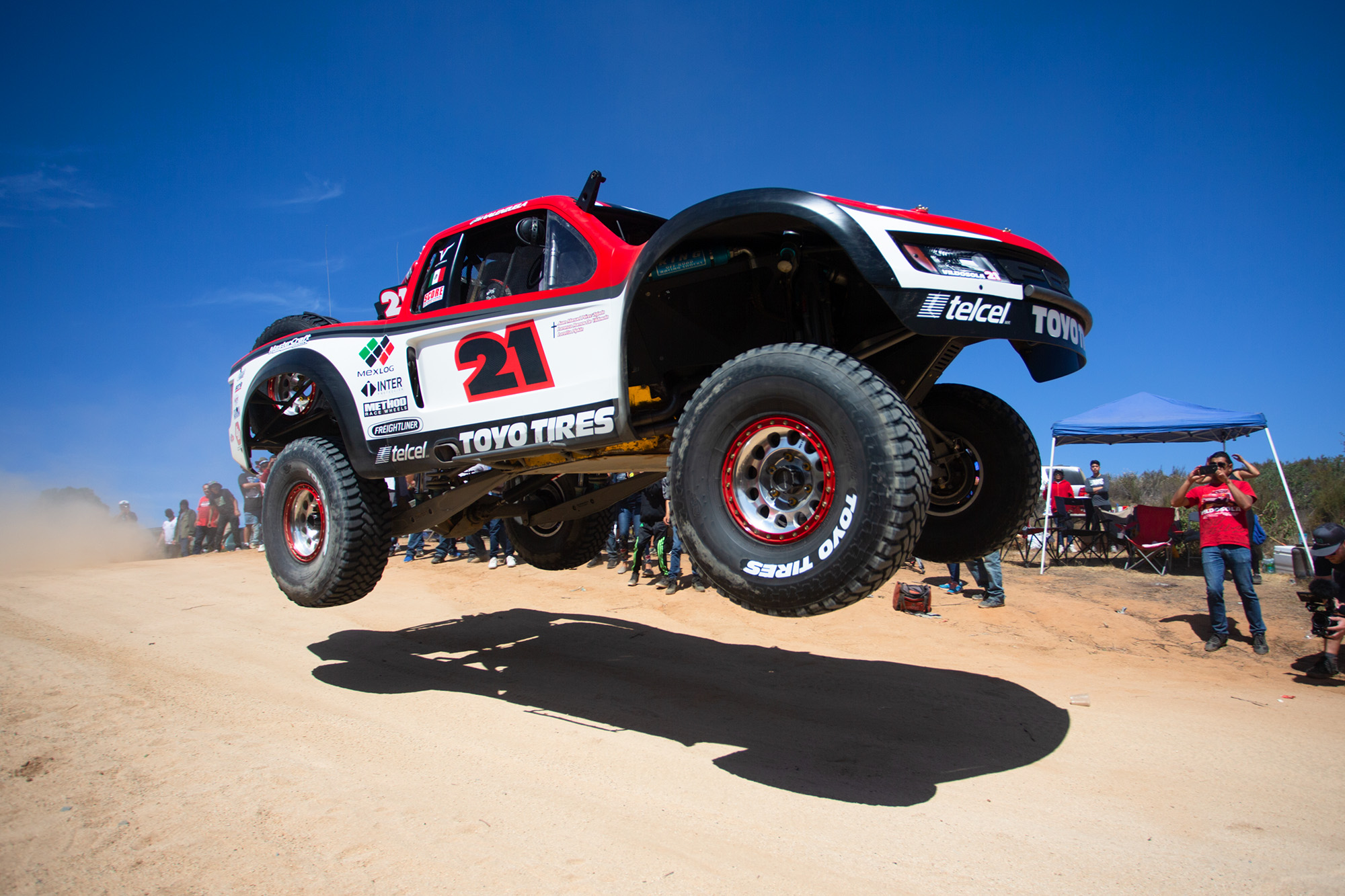 Tavo Vildosola, driver of the #21 truck started 9th on race day. He ran a clean race with no issues and finished 3rd overall! Tavo’s total time was 10:20:14, just 15 seconds off of Andy in 2nd. Congrats to Tavo and the team on a podium finish! 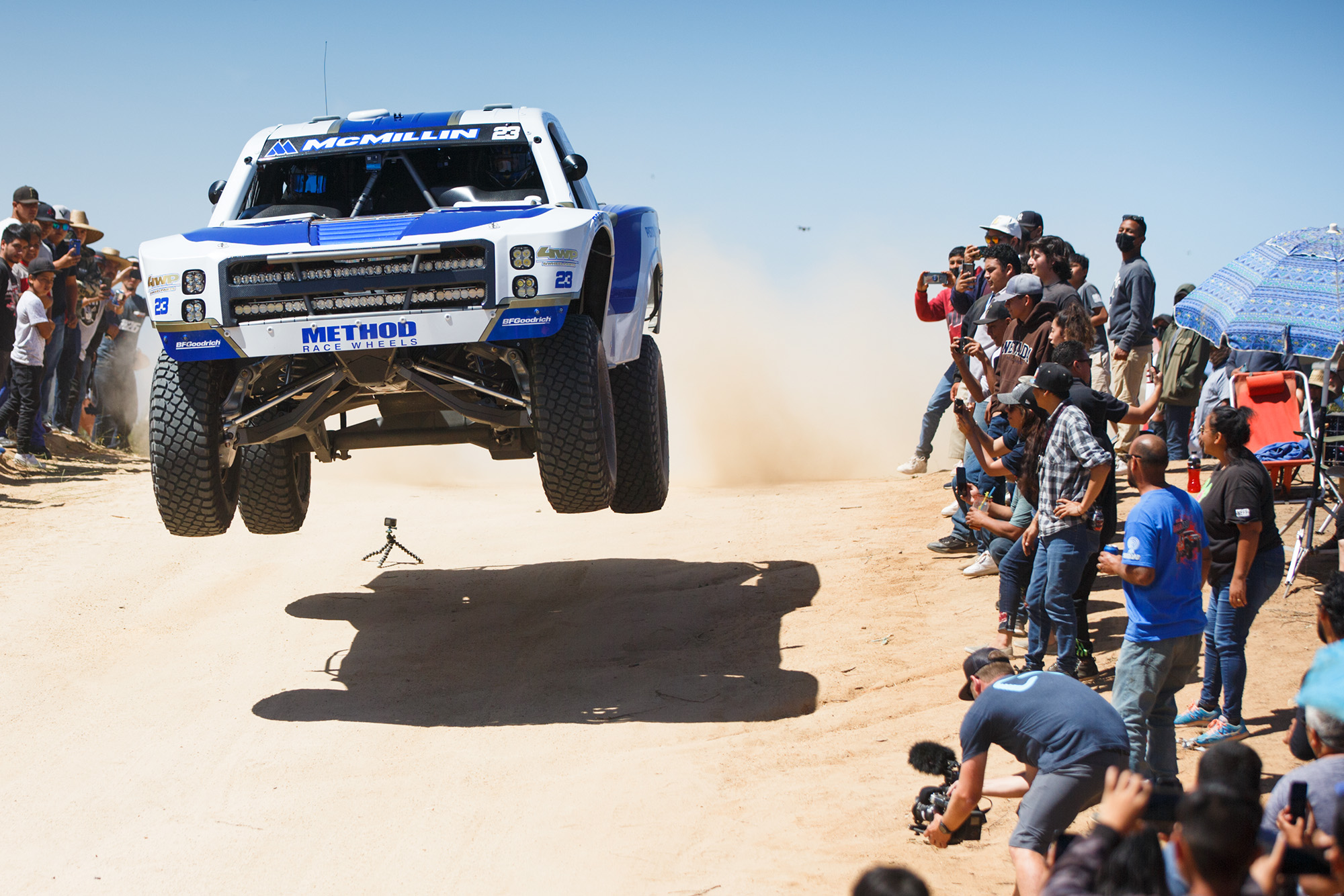 Dan McMillin, in the #23 had a rear start for the 500. Him and teammate Justin “Bean” Smith were on a mission on race day. They quickly moved up from 22nd to top 5. They finished the day in 4th place overall! 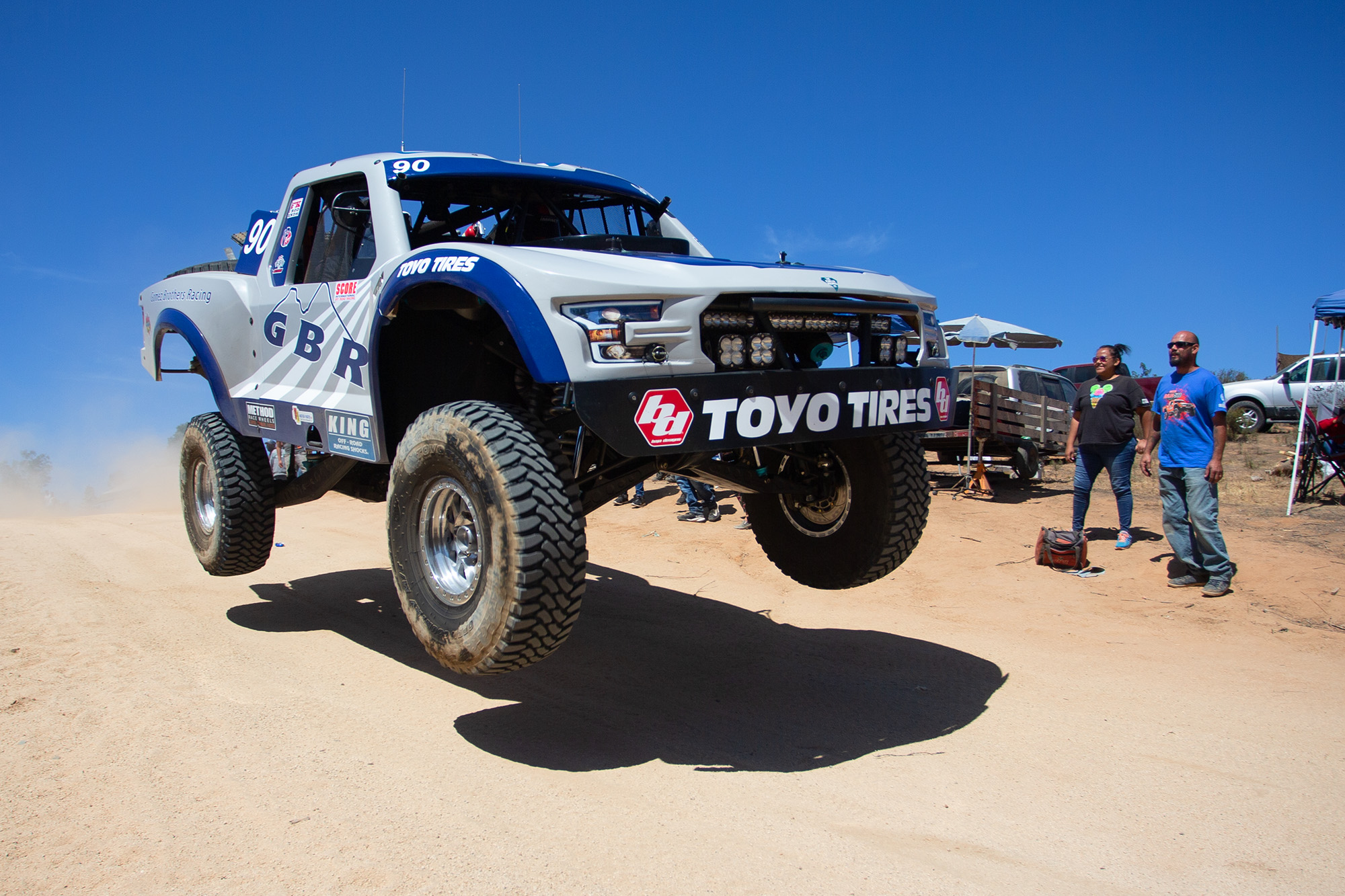 Gomez Brothers Racing truck #90 was 26th off the line. Raul Gomez, who piloted the first half of the race, mentioned that it was “a battle in the dust all day”. The #90 moved up from the back of the pack up to finish 8th in class! 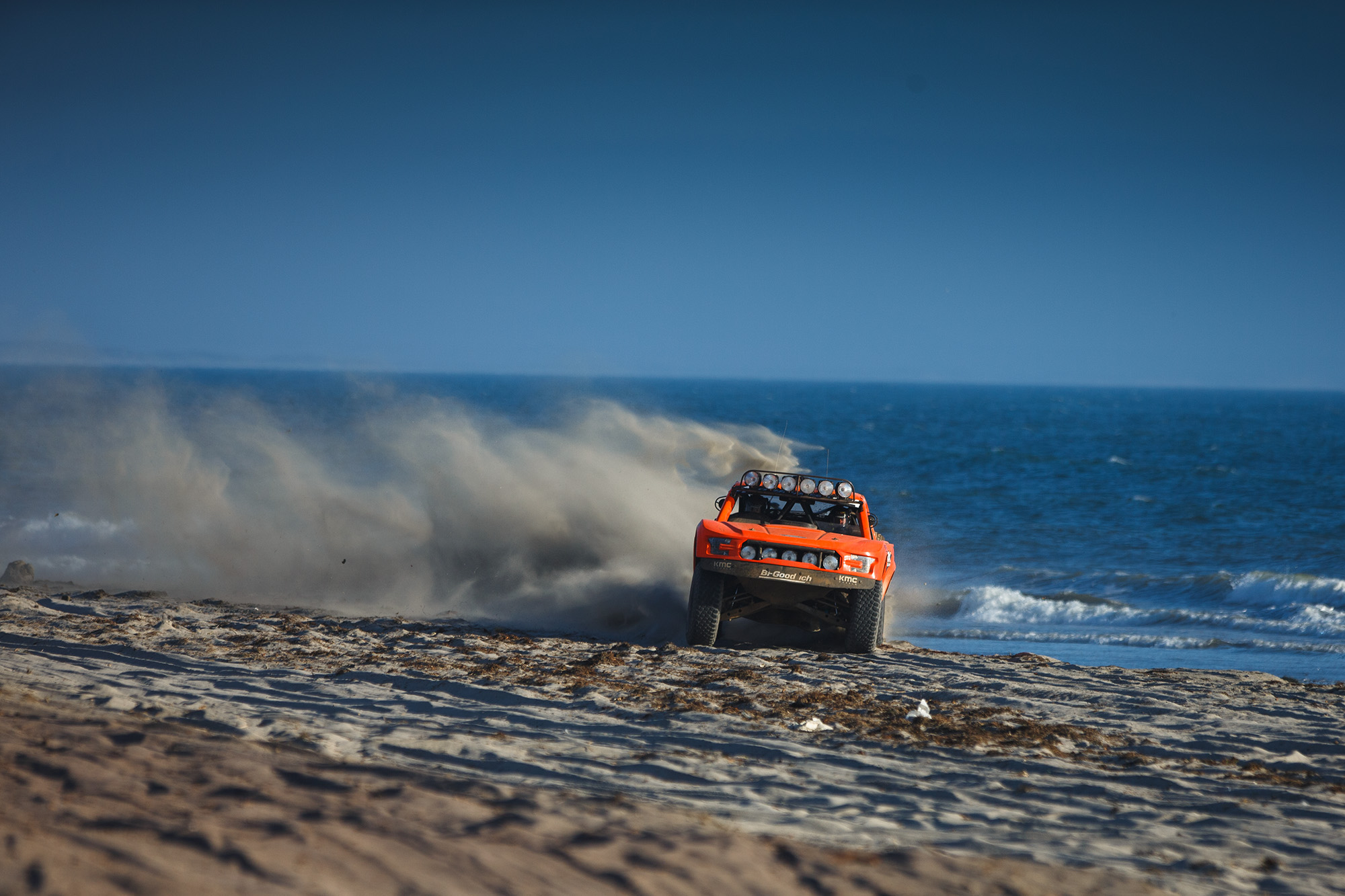 After taking a year off from racing, Justin Matney brought out the #4 to compete. Justin made up a handful of positions within the first 200 miles of the race. They faced fuel supply issues the remainder of the race putting them back a bit. However, the #4 still crossed the finish line in 11th! 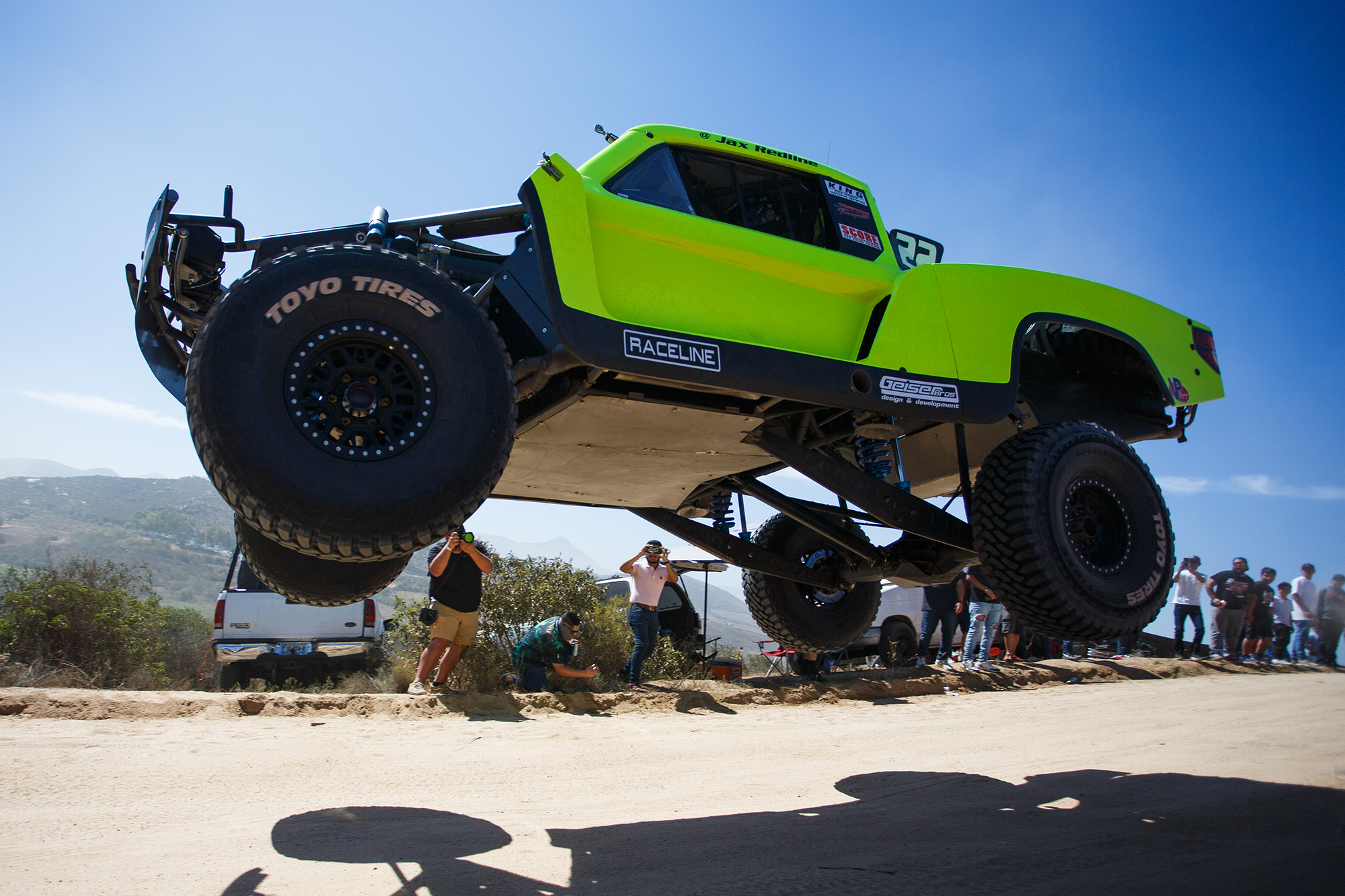 Jax Redline, young-gun racer who finished top 5 at San Felipe, came to this race in a new-to-him G6 truck. Jax suffered a few issues during the day but made it to the checkered in 13th place in class. 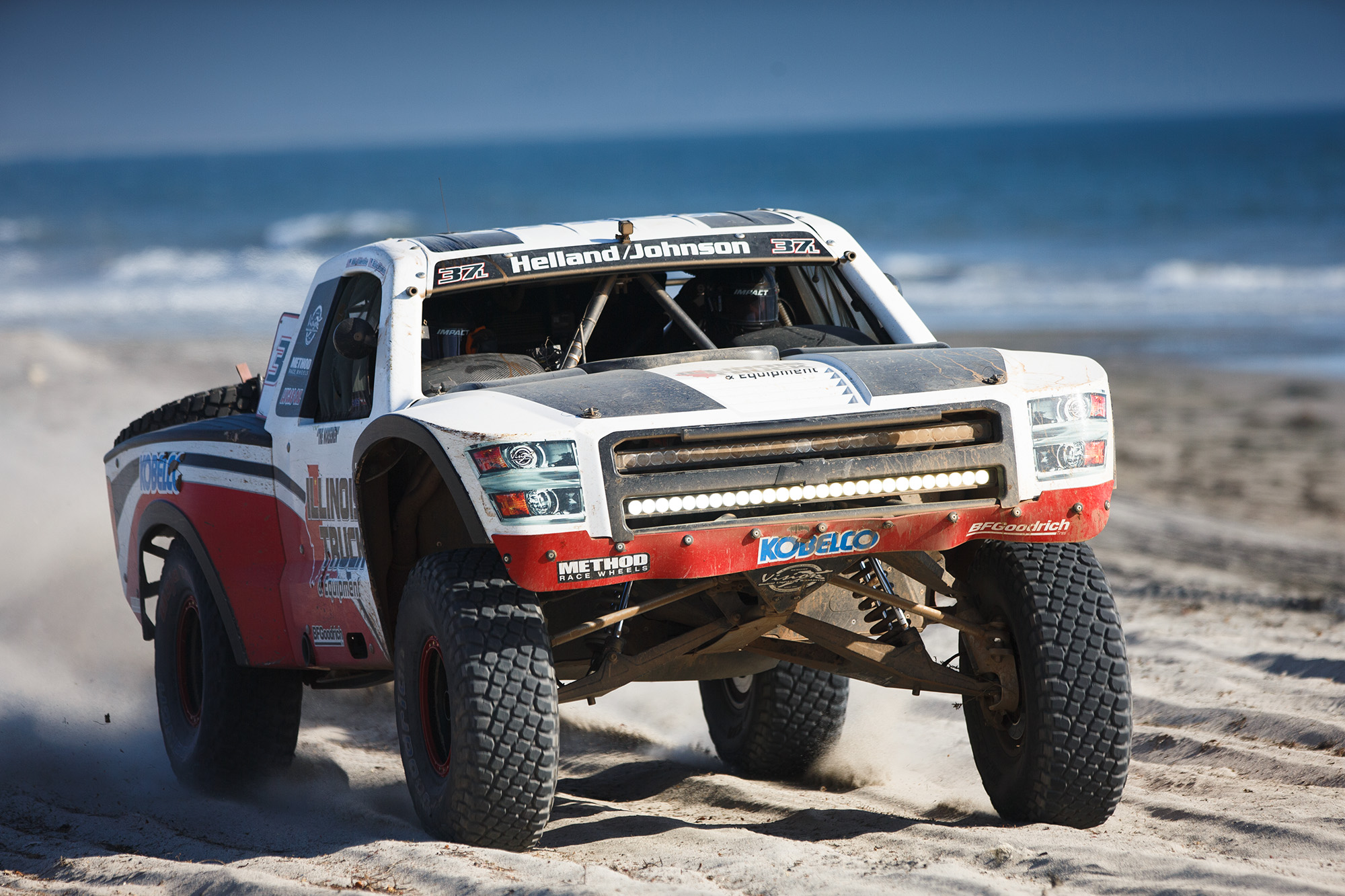 Rolf Helland, in the #37L took home the WIN in the TT Legends class and 11th overall! Rolf won class in the San Felipe 250 as well, putting him first in points in the Legends class. Congrats team!! 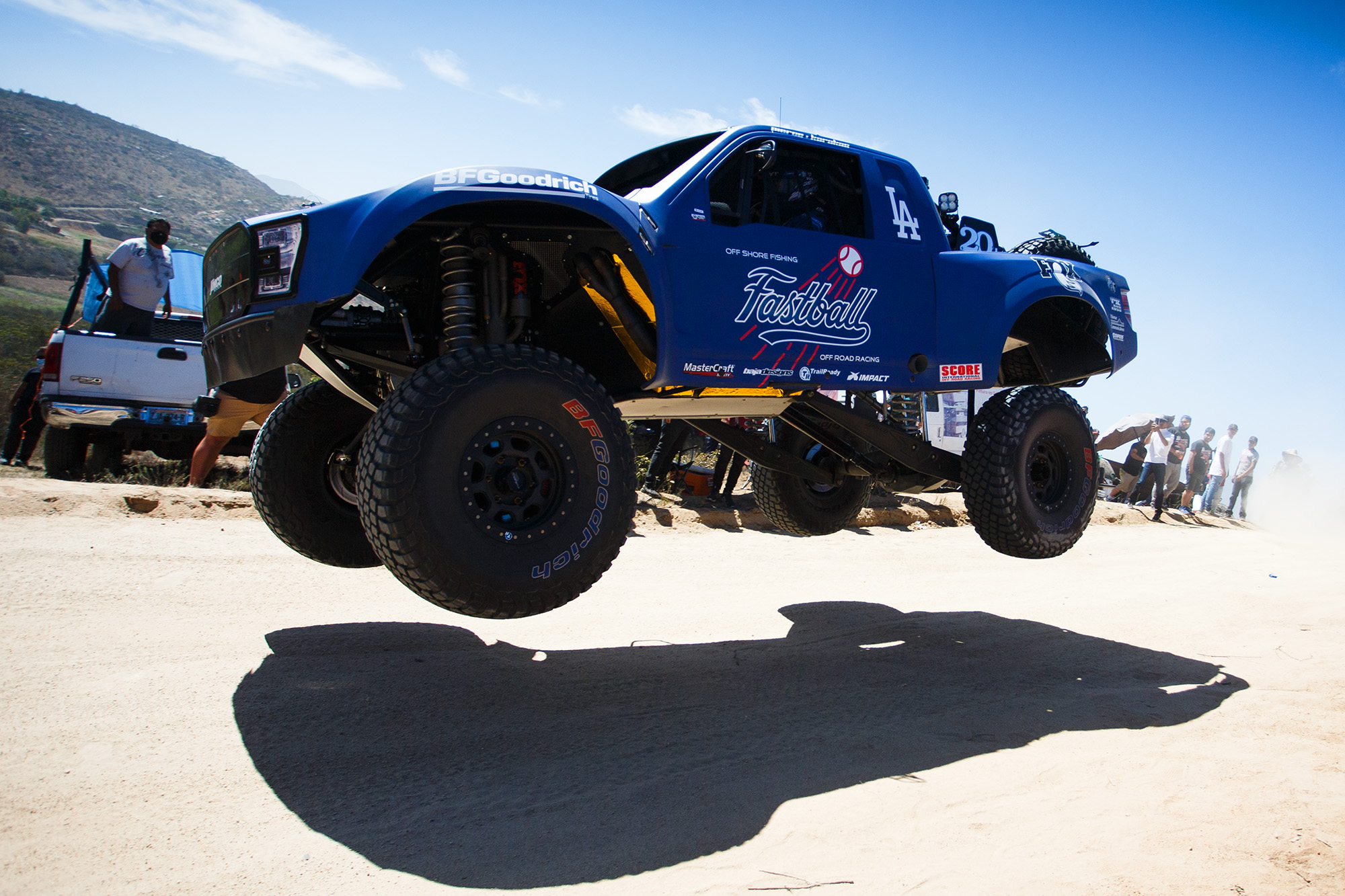 Robbie Pierce in the #20L, said that “Baja won the day” as they had a rough race but did finish! #20L crossed the finish in 4th in the Legends Class. 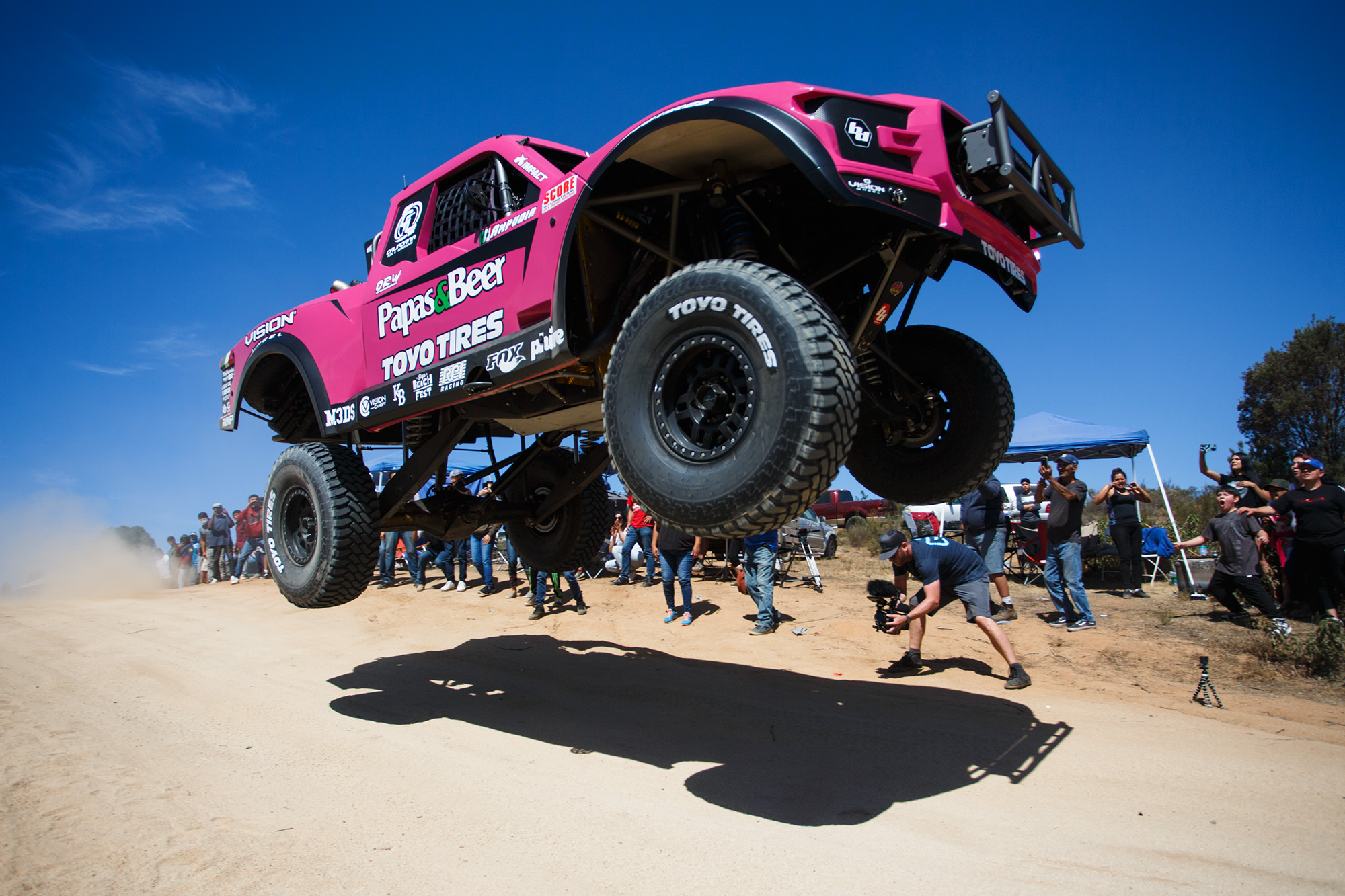 Alan Ampudia was involved in a brutal crash during the race. Fortunately, everyone walked away safe! We look forward to seeing Alan and his team back at the Baja 400. 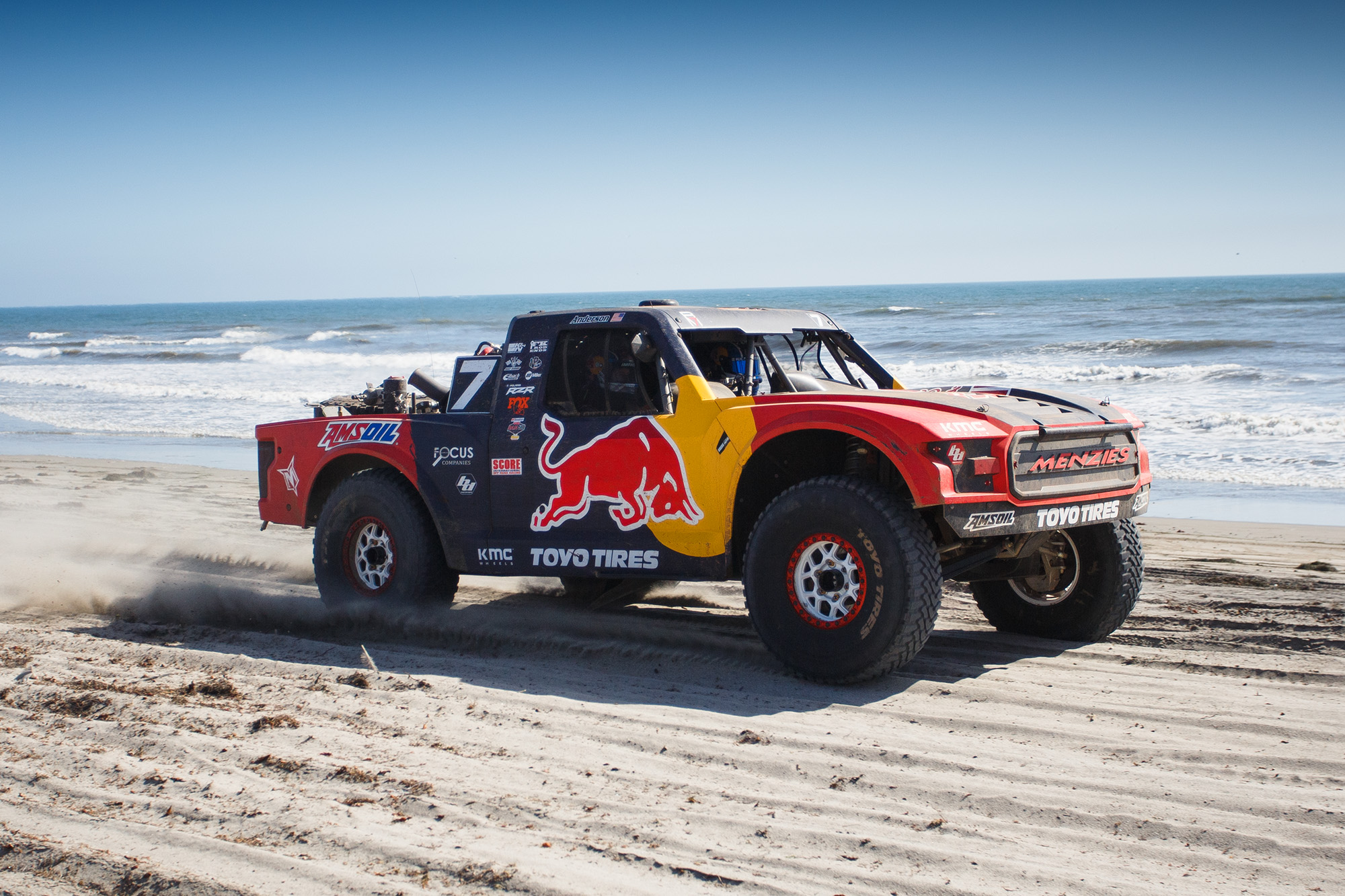 Bryce Menzies, winner of the San Felipe 250, suffered fuel supply issues all day, eventually taking him out of the race. He’ll be back ready to take on the Baja 400! 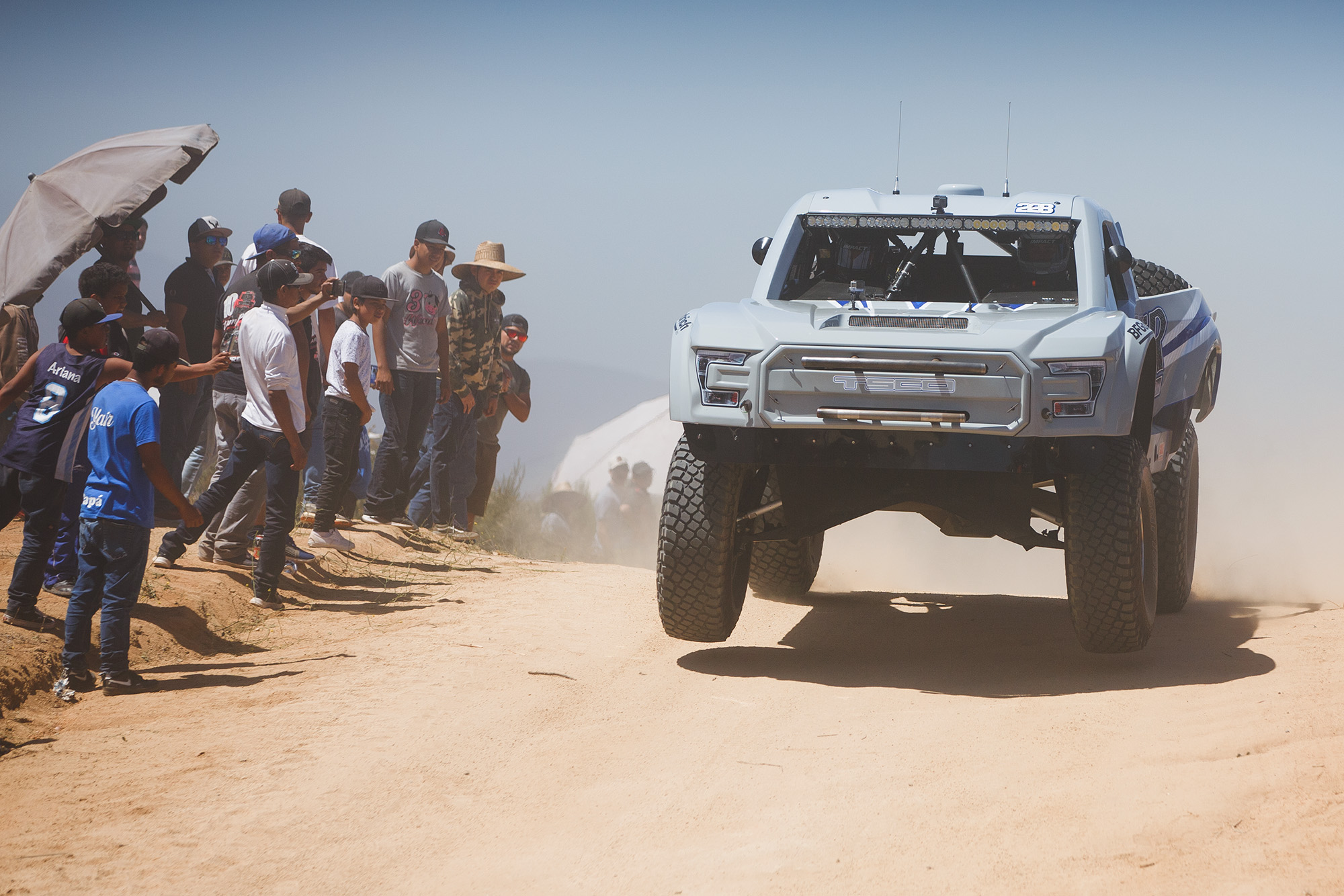 In Trophy Truck Spec, Team Alexander Racing took the physical lead early on. Drivers Ryan Hancock and Brock Heger ran a fast, clean race and would come in 2nd in the TT Spec class on corrected time. This is the team’s first year competing in the SCORE series and so far have taken home podium finishes in both races! We look forward to seeing more of them down south! 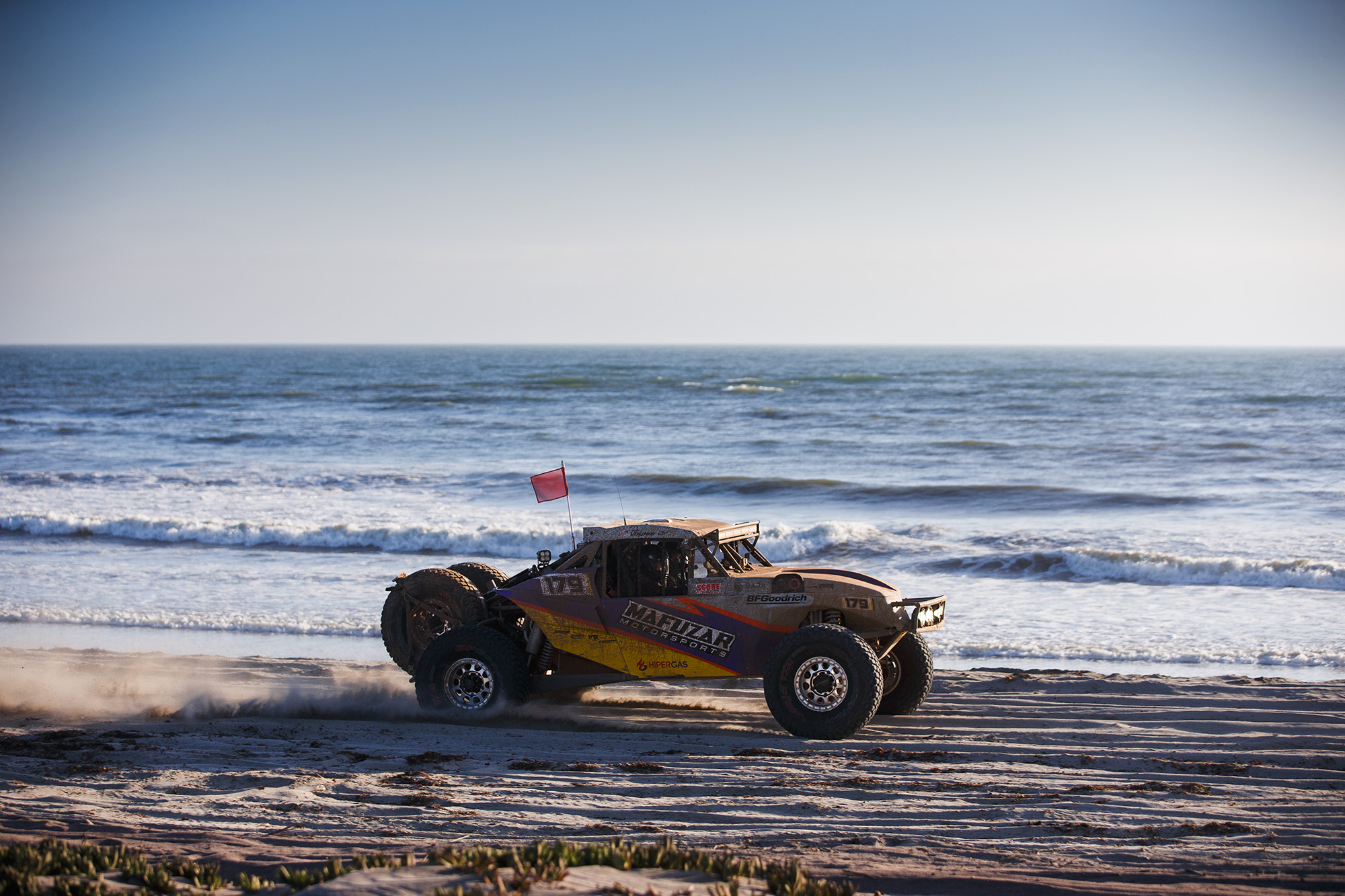 In class 1, Mario Fuentes brought the #179 across the finish line in 3rd place!

Congrats to all teams on a great race!